﻿ ﻿ Dimensions of the Temple of the Emerald Buddha

Dimensions of the Temple of the Emerald Buddha

The Temple of the Emerald Buddha is the best known of the Thai Buddhist temples, the statue it houses is the most venerated of the whole country. It is thus a high place of the Buddhist religion that we find there. Recall that it is in the enclosure of the royal palace, at the corner North-East. 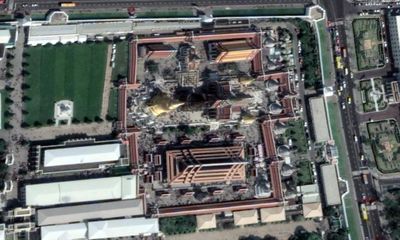 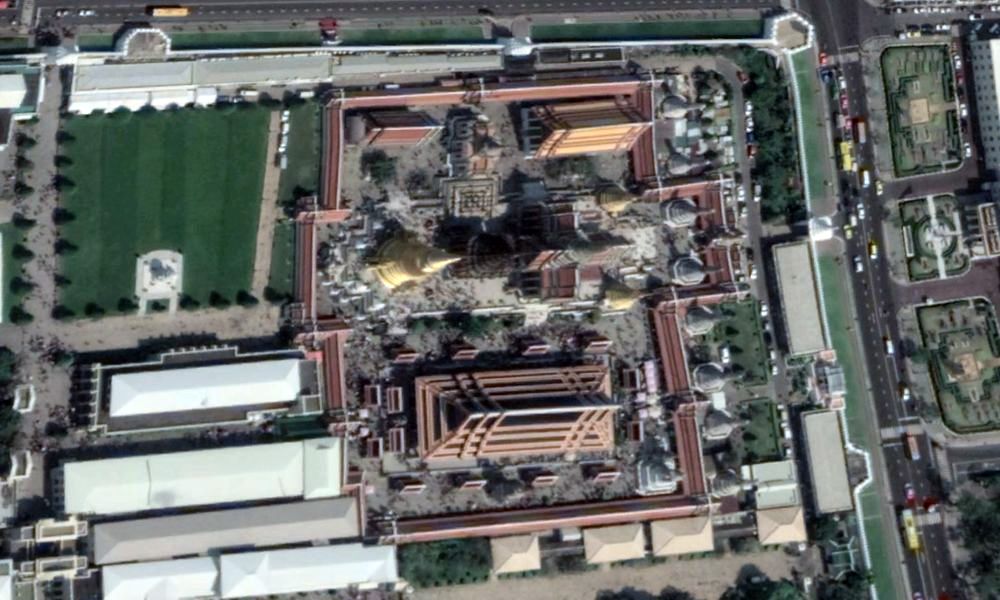 Aerial view of the temple of the emerald Buddha

For a temple of this size, the temple of the Emerald Buddha is rather small when compared to other architectural elements of this size. It occupies an area approximately 150m square. Its limits are those of the large gallery that winds around, except for the eastern part of which six of the eight prangs are on the other side of the gallery. A prang is a kind of tapered Khmer style tower.


The temple of the Emerald Buddha occupies an area of about 22 hectares. The royal palace occupies a rectangle of approximately 400m x 500m. regarding the dimensions of the buildings, here are:


Comparison with other World Heritage elements

If we compare the temple of the Emerald Buddha with other important World Heritage sites we can only see that it concentrates on a rather small space a great number of wonders. Indeed, the quality of the buildings, their beauty as well as their cultural and religious scope make it an absolutely beautiful place in a small space.

For comparison the forbidden city, magnificent royal palace of the Chinese emperor during the Ming and Qing dynasties is much larger (more than one kilometer long and 600m wide), but despite its architectural richness it not the golden beauty of the Temple of the Emerald Buddha. Also the Tower of London, London's famous fortified citadel, and certainly historically interesting, but we are very far from the standards of beauty. It must also be said that it is a citadel, not a temple ... But for the sake of comparison, the Tower of London measures 300m on one side, roughly. A pyramid of Egypt, built during the 1st Empire, 4500 years ago, was actually the main piece of a much more complete tomb, each pyramid was a funerary complex that could be up to 500m long by 300 wide.

This means that mankind has always built buildings that are sometimes gigantic, sometimes powerful, sometimes refined. The temple of the Emerald Buddha in Bangkok is mostly chiseled.