Rama II is the second king of the Chakri Dynasty, the current reigning dynasty of Thailand. He was born February 24, 1767 and died July 21, 1824. His rise to the kingdom of Siam, as it was called that territory at the time, took place on the death of his father Rama I, founder of the dynasty in 1809. His reign is characterized by a long period of peace during which literature was developed, an art in which he excelled. 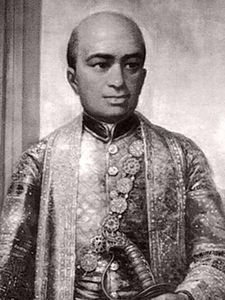 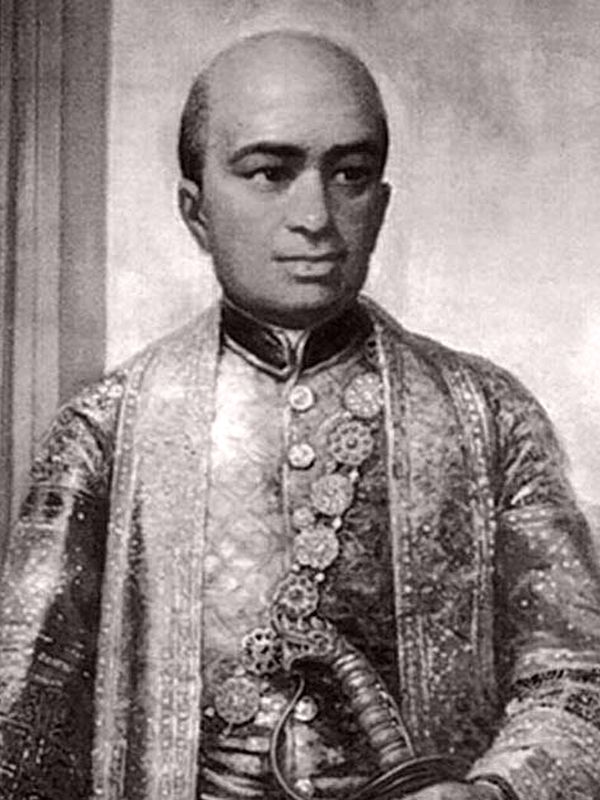 The birth of Rama II is closely linked to the history of the Chakri dynasty. He was born to Samut Songkram in 1767, at the time of the kingdom of Ayutthaya, Luang Yokkrabat his father and Nak his mother, nobles in the organization of the society of this now extinct kingdom. The year of his birth there was an important event that marked the history of the region. The Burmese forces, the eternal rivals of the Thais, invaded Ayutthaya and drove the kingdom down. The father of the one who was to become Rama II then joined King Taksin, a friend of his who founded the short-lived new kingdom of Thonburi, a city east of present-day Bangkok. Then in 1782 Taksin was assassinated and his general, the future Rama I, founded the kingdom of Siam. From that moment the young son was appointed prince Itsarasunthon of Siam, heir to the new kingdom.

In 1807 he became lord of the palace, succeeding his uncle who died in 1803. He had several brothers, most of whom died before their father.

The passing of the throne, on the death of his father, was made in 1809. There was no particular ceremony, at that time the transfer of the throne from father to son was done without dispute or ceremony. It must be said that no disposition of succession had been established in this new kingdom, but the presence and the experience of this son was sufficiently important that it was not unduly disputed. Note, however, that the son of Taksin, king of Thonburi, claimed the throne. He mounted an army that was defeated by the son of Rama II.

During the reign of Rama II there was almost no military conquest, either in one direction or the other. The only notable one is the taking of Thalang, on Phuket Island, by the Burmese armies. But the king's brother quickly took her back. This situation of military stability is mainly due to the calm of neighboring Burmese forces, the main sources of conflict during the previous and subsequent years.

Rama II reigned in the early nineteenth century. On the European side, this century is that of the expansion of international ties. The English, the Dutch, the French began to extend their influences to distant territories. The Portuguese founded Macao in 1818, the British Singapore in 1819. The latter had increased contacts with China and saw in the Gulf of Siam an opportunity to increase their influence. If Rama II had voluntarily strengthened the bonds between his kingdom and the neighboring kingdoms, he had not worried about the Europeans. It must be said that at that time they only established limited commercial contacts; we were not yet engaged in extensive exchanges of goods or services.

Rama II is reputed to have been a king in love with beautiful letters. Poet in his spare time, he highlighted the culture of the region through the arts and literature. He brought writers and poets to court and forced his children to learn Thai written culture. This is one of the characteristics of the reign of Rama II, this ability to spread Thai culture throughout the country, unifying at the same time the population within a strong nation that only wanted to grow. This idea probably came from his father, and it will be passed on to his son, the latter preferring to impose Thai culture to neighboring peoples to ensure territorial conquests.

Rama II died brutally in July 1824. His succession was to revert to the eldest son of the queen, Prince Mongkut, but his inexperience with that of his half-brother Jessadabodindra caused the latter to proclaim himself king the same day. Although he was only the son of a concubine he still managed to keep the throne because he was older and better trained than his younger half-brother. Moreover, at the death of Rama III it was Prince Mongkut who succeeded him under the name of Rama IV, but the continuation of the dynasty will be that of the children of Rama III.