Born under the name of Prince Thap, then known as Nangklao, Rama III is the third king of the kingdom of Siam. It is part of the Chakri Dynasty, the current ruling dynasty of Thailand. His reign is characterized by unparalleled military power over the entire Indochinese peninsula and control, in fact, of Vietnam and Cambodia. 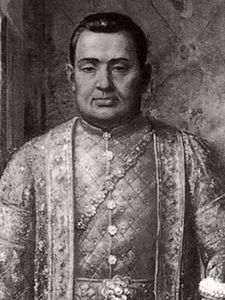 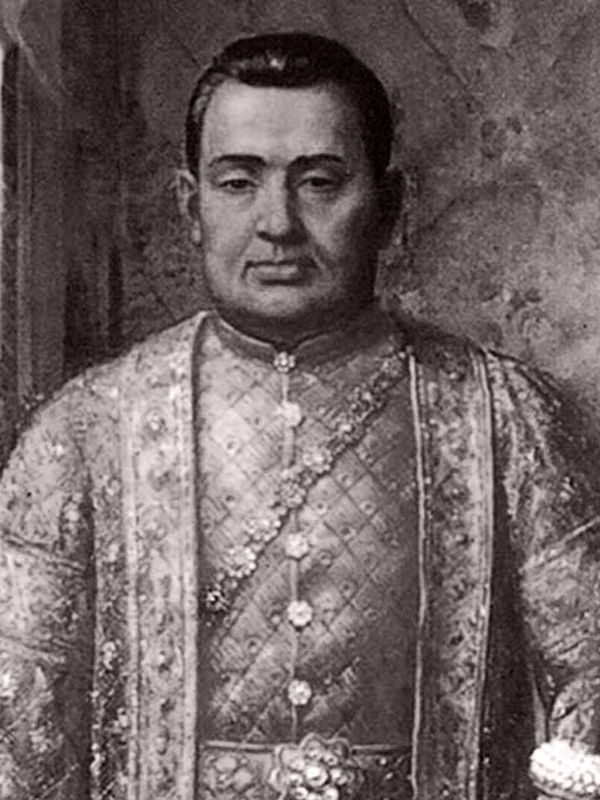 
The problem of the succession of Rama II

Nangklao was born on March 31, 1788. He was the son of King Rama II and the second of his concubines, Chao Chom Manda Riam, a daughter of a family of Muslim nobility.

According to the custom which had been established under the reign of his father, Rama III should never have reigned because he was the son of a concubine, which is theoretically incompatible with accession to the throne. However the young age and the lack of experience of his half-brother Mongkut motivated him to try his luck, and he proclaimed himself king under the name of Rama III the same day as Mongkut. The people were more interested in Nangklao than in Mongkut and he was able to stay in place. However, at his death Mongkut succeeded him, but he could not transmit the throne to his children.

The young prince Thap was born in 1788. His first known fact is the struggle he undertook against Prince Kshatriyanuchit, son of Taskin. Taskin was king of Thonburi, an ephemeral kingdom created during the fall of Ayutthaya against the Burmese and intended to continue the reign of the kings of Ayutthaya. Prince Thap was charged with the mating of the rebellion which had been formed against his father by Prince Kshatriyanuchit, from which he freed himself without much trouble. He then climbed the ladder and quickly obtained the title of Minister of Commerce and Foreign Affairs, an important but not essential position since at that time few contacts had been established with foreign countries. However, he is passionate about Chinese culture which he uses architecture to influence the construction of Thai temples.

When King Rama II died on July 16, 1817 there was a moment during which a choice had to be made for his successor. If the logic would have wanted it to be his eldest son Mongkut, son he had with the queen, his half-brother Thap from the second concubine had the advantage of being more experienced and having more worked with the king during his lifetime. He was much older too. However, contrary to what happened in the European dynasties of the Middle Ages, the succession did not necessarily go from either in the kingdom of Siam. Since there was no viceroy appointed by the king during his lifetime, he had to choose one and it was an assembly of notables who did. The main families of Bangkok supported the proposal and Mongkut was temporarily removed from the succession to the throne.

Prince Thap, who had meanwhile received the name of Chetsababodin, accepted his new role in 1824; he was crowned in the wake. Mongkut, who had taken up the position of monk in 1924, just at the time of the transition, chose to continue in the religious way instead of returning to the temporal life as it should have been the case a year later. This choice was dictated by his desire not to harm the new king and thus retain a certain aura towards the people.


Exchanges with Westerners: The Anglo-Burmese War

The reign of Rama III is marked by different conflicts, but also by the resumption of contacts with the Westerners. In 1822 he had a treaty renewed which bound the Kingdom of Siam to the British East India Company and more particularly to its representative John Crawfurd. By this treaty the United Kingdom engaged militarily alongside Siam in the conquest of Burma, the eternal rival. But in the eyes of Westerners, it was mainly about establishing a system of alliances aimed at isolating Burma with which the United Kingdom had come into conflict. Thus in 1824 took place the first Anglo-Burmese war, the English being supported by a consequent war effort in arms and elephants of Siam. But the end of the war marked the beginning of a difference between the two allies, it concerned the use of lands conquered by the English and promised to the kingdom of Siam. Tensions increased, Rama III folded his army within the limits of his kingdom, leaving the territory to the English. This reversal has had the effect of calming the spirits and culminating in the signing of a new treaty, the Burney Treaty. It was not a military but economic treaty, its purpose was to limit tariffs on goods exported to promote trade. However, history has shown that its application has not been rigorous.

Siamese did not only have English as Western contacts. In 1933 the Americans made their appearances in the kingdom of Siam by the arrival of Edmund Robert, emissary of the American president Jackson. This emissary signed between the two countries a treaty of commercial exchange, the terms of which are still applied today, although they have been heavily amended since.

In parallel, the exchanges between Western and Eastern countries bring to the Kingdom of Siam various technologies and evolutions. So the country discovered printing and vaccination, for example.


The insurrection of Anouvong: The end of the kingdom of Laos

Anouvong was the son of the king of Laos. His kingdom was conquered by the kingdom of Siam in 1805 by the grandfather of Rama III, Rama I, founder of the Chakri dynasty. Anouvong was forcibly removed and then sent back at the age of 30 as King of Ventian, under the rule of the Kingdom of Siam of course. But when in 1824 Anouvong noticed dissensions between the English and the Siamese, he took advantage of it to attempt an insurrection. Especially since it was the year following the rise to the throne of the young monarch Rama III, still little experienced.

His goal was simply taking Bangkok. He mounted an army and launched it on the Siamese territory. She took the various strongholds of the country until Korat, main defense of the capital towards the North-East. In the face of the now-proven risk of the fall of Bangkok, the inhabitants began to organize themselves, but the prisoners of Korat managed to provoke a riot so important that the Laotian armed forces had to withdraw to avoid its propagation, which allowed the Siamese to 'organize. Anouvong's army was then fought and put to flight. With the enemy now folded in Laos, Rama III ordered his uncle Maha Sakdi Polsep to complete the fight. With a new army, he moved to Laos and took Ventian. The inhabitants were evacuated and Anouvong had to flee to Vietnam.

In 1827 Rama III ordered the destruction of Ventiana. Faced with this threat Anouvong went up an army with the help of the Vietnamese and left to fight in Laos. But the Siamese were stronger and defeated. Anouvong tried to escape but was caught, imprisoned and died in 1829 in a prison in Bangkok. The kingdom of Laos ceased to exist, and Ventiana was really destroyed at that time.

Among the various conflicts that Rama III had to deal with, the one provoked in Cambodia was the only one to bring the French into play. This other conflict that the Siamese endured during the reign of Rama III began in 1810, when one of the Cambodian kings - among them who reigned at that time - asked the Vietnamese for help to dominate his competitors and achieve the unification of the Cambodian Kingdom. However, once the agreement was made with the Vietnamese, Siamese took umbrage because there was an agreement, unofficial, to share the stranglehold of Cambodia between Vietnamese and Siamese, and that for a long time. The acceptance to help one of the Cambodians against the others was taken as an affront by the Siamese. In 1833 there was a conflict between the South Vietnamese and the Vietnamese Catholics, against the backdrop of the Chinese takeover. This conflict is known as the revolt of Lê Van Khôi, who sought the help of Siam to help his armed forces in this conflict. Rama III saw the possibility of putting a pro-Siamese king on the throne of Cambodia and therefore agreed to give his help. He built a fleet and attacked Saigon, which he did not manage to take, unlike Phnom Penh who was invaded soon after. A land attack on the Vietnamese interior ensued in 1842. In 1845 Phnom Penh was recovered by the Vietnamese, but the fate they reserved for local Christian monks provoked the intervention of France, which invaded Vietnam. -Nam in 1847. This ended the war, and a peace treaty was signed between the Vietnamese and the Siamese that concluded the establishment of a Cambodian king over Cambodia, King controlled by both the Kingdom of Siam and that of Viet-Nam.

Nangklao died on April 2, 1851 without having named his successor. None of his children being ready to succeed him, the throne passed to his half-brother, Prince Mongkut, the one who should have governed in the place of Rama III but could not do it because of his young age.

Rama III was a building king. Turned to Buddhism, he was particularly pious. He is at the origin of the construction of the highest stupa of Wat Arun, the temple of dawn (because turned to the West) of Bangkok. It is a Khmer-style temple that tourists still visit today. He is also home to Wat Sraket's Golden Mountain, the first Chinese-style temple (in Rajorasa), Wat Ratchanadda and Chetupol Temple.

This is also the origin of Wat Pho, the famous temple of the golden Buddha, in which was installed the first university of Thailand.