﻿ ﻿ Visit the Forbidden city in Beijing

Want to come to Beijing to visit the Chinese capital? Very good idea ! Below is the poetic text of a visitor who has been walking in the city of the Middle Kingdom for many days, and having managed to make some particularly authentic encounters. If you go on the spot the ideal is to reproduce - or at least try to reproduce - part of his stay, you will discover very beautiful characters. 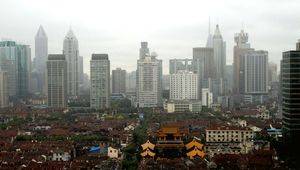 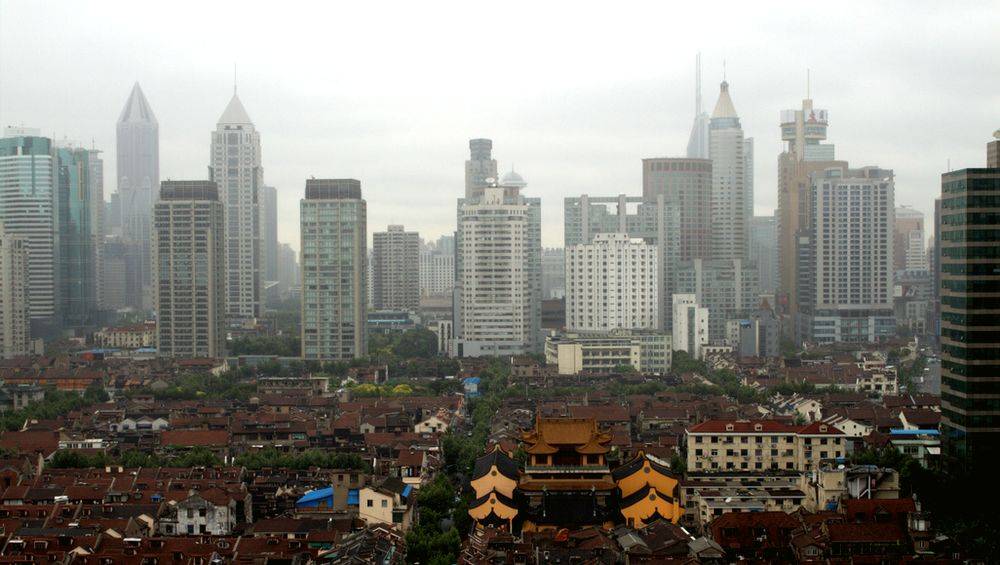 The arrival in the old capital of the Middle Kingdom is more than a surprise, it's a real shock. We dreamed of pagodas and the Forbidden City, teeming alleyways, crenellated walls, palaces, temples ... And after crossing the gray suburbs, borrowed highways lined with public housing, we believe at times in a kind of Defense district, Paris, third-world version.</>

This arrival can only be a disappointment, but rest assured, it will not last. From your first stroll in the city, that's it, you are stunned, enchanted, jostled, intoxicated, delighted. Forgotten, ugly buildings, avenues too wide. It is enough to take, sometimes on the right, sometimes on the left, the first street lined with acacias and to walk at random. Everything is show in Beijing, and we do not care. We wanted, from the first hour, to run to the temple of Confucius, to the altar of the Earth, to the Forbidden City and to the Mausoleum of Mao, and now we discover that there is no more urgency, and that the street, the crowd, is worth all the monuments. An old man is walking around swinging a birdcage, barbers on the sidewalk are snapping their scissors, a masseur is waiting for the barge while he is sleeping on his bed, a camp bed unfolded on the grass. a very small garden, a shoemaker holds a shop in the shade of a willow-weeping machine, a customer in socks calmly waiting for the last nail in the sole, rickshaw slalom between cars, trucks and buses, their trays invariably laden with bales, crates, fruits, or vegetables, unless it is an entire family that the father walks by the force of his calf. It is surprising that ants carry a hundred times their weight: Give three wheels to a Chinese, he moves you the Great Wall. Everywhere there are shops, stalls, open-air markets, street vendors offering anything and everything, plastic toys, electric batteries or sugar-coated jujube skewers. There are also gargottes that never seem to fill, as if the essential activity of Pekingers was to swallow from morning to night bowls of noodles, fried shrimp or ravioli. Behind the window of a restaurant you can sometimes see a vivarium teeming with snakes and toads.

At each large crossroads, policemen perched on podiums try to control the ever-increasing flow of cars, tricycles, and even hand-carts that run around the world.

There is no more onlooker than the Pekingese. certainly it's been a long time since the presence of "long-noses" (as they call the Westerners) no longer amaze people, but beware if there must be a dispute with a local: Immediately it's an impressive crowd that clumps together , laughs, laughs ... No, the Chinese are not placid, just see them stir in its conditions to be sure.

The important thing is to get rich

This maxim comes from the small helmsman, the initiator of the new China, Deng Xiaoping. His successor will accelerate the pace of capitalist reforms in a country still communist. This message about the economy has been received 5 out of 5. The time of the cultural revolution, of its moralizing austerity is of its rejection of sin is over. In the main shopping streets - Wanfujing, Xidanbei or Dongdanbei - the crowd loaded with bags and parcels and every day as dense as that of Hausmann Boulevard on Christmas Eve. 40 years ago the dream was to own the 3 rounds: Bike, sewing machine and watch. Today, Galeries Lafayette is well established, while the luxury emperors Gucci, Viutton, Armani and Yves St Laurent unveil their rays in chic stores. And do not think that their clientele is exclusively Western or Japanese. Admittedly, Beijing is not yet an El Dorado, but the proportion of people who can afford a car is becoming stronger. And we know that when a middle class is created in a country, the upper class also grows up. Hence the luxury ostensibly spread to the faces of visitors, in the shopping and business districts. That's why, after looking at the window, you have to enter the back-shops of the cities and discover the Hutongs, as long as there are still some.

You dreamed of eternal China. The hutongs, Beihai Park, Drum Tower and Qianmen Gate, have escaped the draw, at least for a short time. They are the beating heart of the city. It is these ancient neighborhoods of traditionally gray and low houses (whose roofs should never exceed those of the Forbidden City) that the Pekingese continue to live. They are there as if the madness of the surrounding avenues did not exist, as if the modernization of the city did not concern them. With its village atmosphere the narrow cobbled streets are lined with old ladies sitting in the shadow of a wall, faces of wrinkled apples with edentulous smiles. Upon our arrival, they stop talking to chuckle nicely before resuming their conversations in our backs. Two squatting men clash silently on a sheet of paper on which a checkerboard has been drawn. A merchant of persimmons, braced between the amounts of his handcart, pushes his chant before each threshold. A san louche </ i> zigzags between the potholes. Standing on the pedals is perhaps an old grade red reconverted into the politically correct private company that carries his human load. Behind the blind walls of the houses the only door, although often open, leaves nothing to guess from the inside because a wall-screen is as much a barrier to the eyes as to evil spirits, which, it seems, can not be altered except 'in a straight line. Feel free to enter, a request by gesture and a smile suffice most of the time and since you are smarter than a spirit you will bypass the wall-screen. You will then discover a maze of courses - or at least what is left of it - cluttered by a great shambles: bicycles, coal heaps, sheets, braziers, jars, tools, baskets, etc. Sometimes a tree or a small group of flowers have survived, we do not know how. 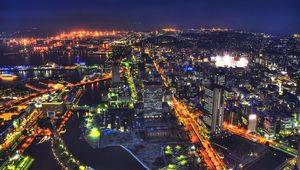 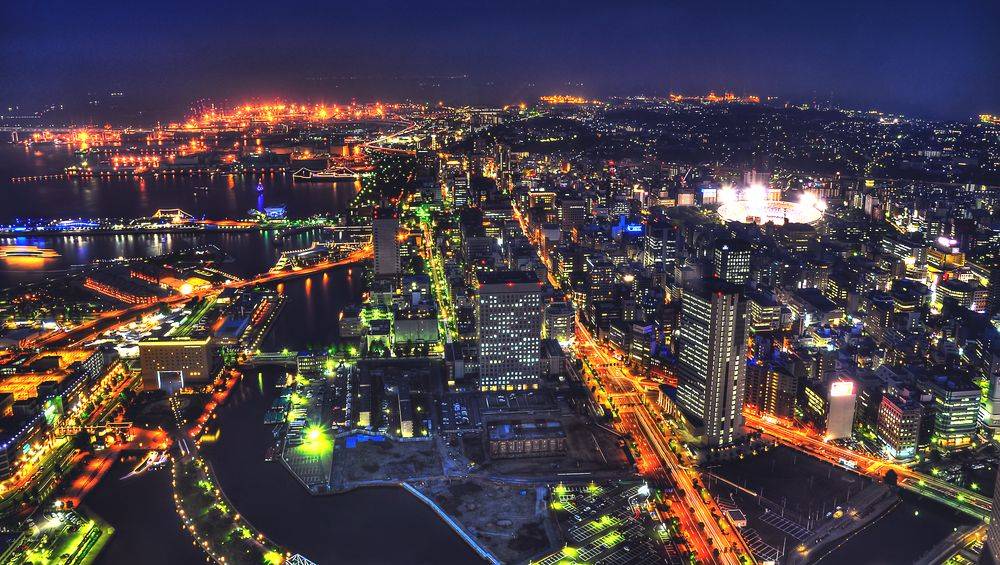 You have gorged yourself with crowds and streets. Gradually spectator of a huge theater of 15 million extras you felt to become actors. It is therefore time to apprehend the bravery of Beijing life: temples and palaces, pagodas and mosques, tombs Ming , palaces summer, the Great Wall, the Forbidden City, Tian-an-Men Square. Anyway the crowd will never leave you. In any place, at any time, you will have the impression that half of the 800 000 000 of Chinese accompany you. On each site are many schoolchildren in uniform. obviously the imperial past of China has come back to the fore in the school curriculum. "So many children, so many emperors," they say here. Since the establishment of the only child they are adored, adulated, pampered. The downside, the excessive cocooning of the Chinese has created a generation of assisted, adults grown up in the idea of ​​being the most important in the world. The rate of obesity has exploded, evidence of a diet-pleasure that previous generations did not know. It is a real cultural and social change in a country where, until the modern era, the family unit was based on the boundless respect of the old man.

No doubt you will often stroll place Tian-an-Men where every day a queue endless patient in front of the mausoleum of Mao. Despite the triumph of the market economy, the millions of deaths from the great leap forward, the famines and the massacres of the cultural revolution, the Great Helmsman remains the hero of all Chinese. On this square, we find a little bit of everything: Kites, street vendors, flower beds, a restless crowd, etc. But being on the world's largest square immediately sends back to the army tanks ending the student protest that was called the Chinese Spring. To the North is the Forbidden City. You will probably be hired several times. Red walls, "imperial yellow" tiles, infinite grace of pavilions and gardens, giant bronze perfume burner ... No matter the crowd of one hundred nationalities, in this strange and majestic immensity you will be alone with your dreams to hunt down in the maze of corridors are the ghosts of the eunuchs , reclusive concubines and the last Emperor. The Chinese placed there the center of the World. Why not after all ? One feels in these places such a mysterious force that it could be the case. Maybe you can go boating on the lake of Baihai Park and admire the newlyweds who come here by pedicabist dozens to be photographed in front of the lotus pond, colorful dresses frous-frouset doll face painted for her, bright red jacket or blue king for him. You will meditate in the unreal peace of the Temple of Confucius or you will inhale the smells of incense and the dull rhythm of the gongs at the temple of the Lamas, while glide under the porticoes the brown robes or saffron of the monks.

You will love walking around Niu Jie - the rue du Boeuf - heart of the neighborhood where the majority of the 200,000 Muslims of Beijing gather. "Salam aleikoum" we hear ... and the smiles appear on the faces and we invite you to eat mutton skewers and sesame cakes while the call of the prayer in the mosque resounds. Unless you mingle with the crowd, incredibly dense, which rushes to the 11am mass at the cathedral. Well, do not exaggerate, for a career in the Chinese administration it is better to be a member of the Communist Party than Catholic, Muslim or Buddhist. But at least religion has found citizenship. Appearance of freedom of thought? Perhaps, but the now long history of the transformation of the Chinese economy proves to us that this is not a flash of fire, religions are once again well accepted in society.