Called in Chinese Kunninggong, it is the third and last of the inner court palaces, erected behind the hall of mighty fertility. It was built in 1420 as the rest of the Forbidden City and was rebuilt in 1605 due to two fires in 1514 and 1596 respectively. A few years later, it underwent three other restoration works. Facing south, it measures 9 arches long and 3 wide. It has a height of 22 meters, and a double roof with secondary buildings, just like the Palace of Heavenly Purity, but in smaller ones. It has the originality of having its opening on the side and not on the facade, it is simply that at the time of its reconstruction the emperor was Manchu, and it is a Manchu habit to have the doors of the buildings on the side. 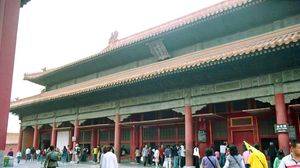 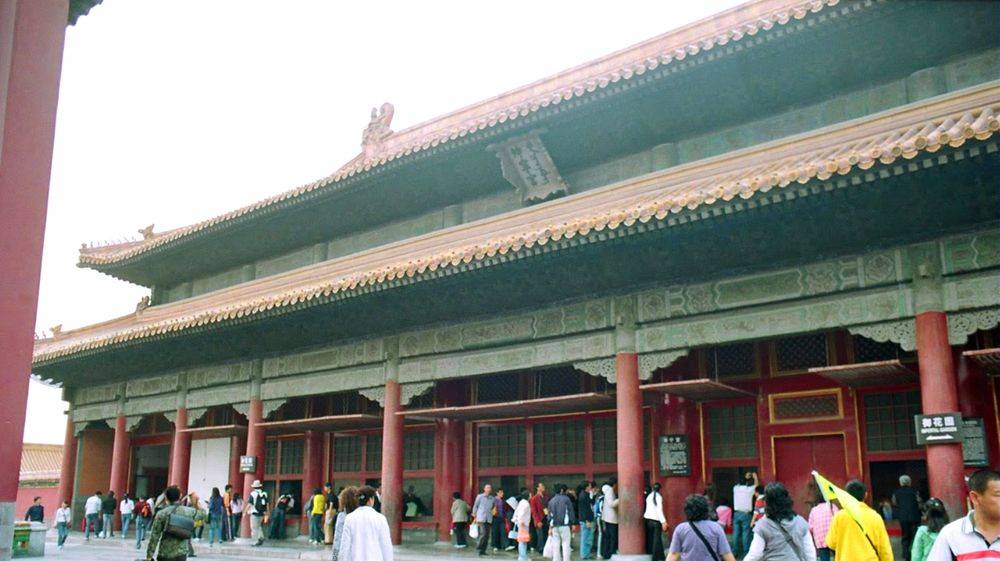 His role is clear: In the Ming, he was the residence of the Empress. Under the Qinq, and especially under the reign of Shun Zhi (1655) was divided into two: A relatively small part was the bridal chamber, the other part was a temple dedicated to the home gods. The Great Hall in the West was used for sacrifices, offered to the gods of the home of course. The bridal chamber is all red, floor to ceiling. It is decorated with a large number of characters "double xi", which means "double happiness". The bed, very large, occupies a quarter of the floor area of the room. After the marriage the emperor and the new empress spent three days locked up in this room for their "wedding night". Then they separated to live on their own.

Nowadays, the eastern gallery exhibits 18th and 19th century automata that were part of the imperial collections. While some were Chinese-made, most were of European origin (France, England, Germany and Switzerland for the most part)

As far as sacrifices are concerned, it should be known that the Qing, of Manchu origin, were very religious. When they came to power in China, they kept their beliefs while adopting other Chinese ones. Thus the four lateral chambers of the palace of earthly tranquility hosted an altar for sacrifices to divinities. The third room, to the east, was pierced by two doors facing each other, inside which three pots were used to cook the meat. The sacrifices were made twice a day, one in the morning and the other in the evening. 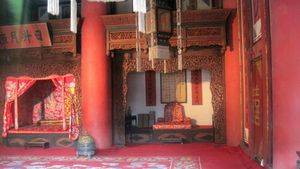 Interior of the palace

Interior of the palace 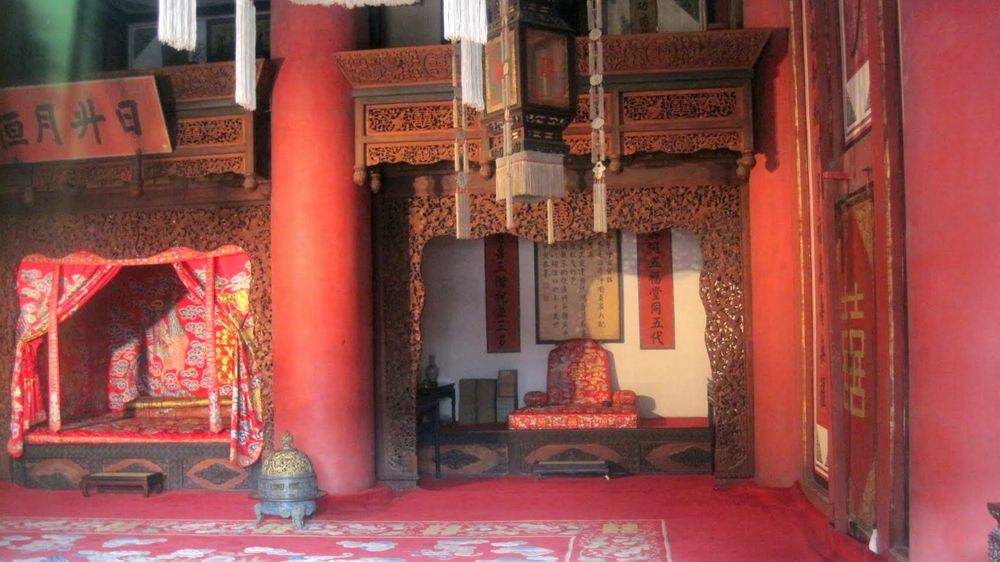 Interior of the palace of Terrestrial Tranquility

The two secondary rooms to the east were the bridal suite for the emperor and empress. The wall of the room was painted red and the palace lamps were hung with Chinese characters meaning "double happiness" to create a warm and cheerful atmosphere. In front of the door there is also a small text encouraging happiness, so every time the Emperor opened the door he saw this text. The delicate and exquisite canopy bed is embellished with an embroidered duvet with 100 children playing, hence the name "100 Canopy Kids" and "100 Kids Quilt". This piece was used only if the emperor was already in office, which limits to three the number of those who were not entitled to it: Kangxi (1662-1722), Tongzhi (1862-1874), and Guangxu ( 1875-1908). In fact, the weddings of the emperors were extremely luxurious. The wedding of Emperor Tongzhi cost 11,000,000 taels of silver, while that of Guangxu cost 5.5 million taels of money despite the extreme poverty of the country at that time.