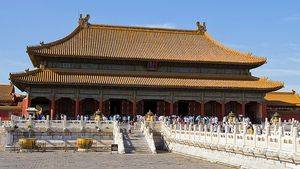 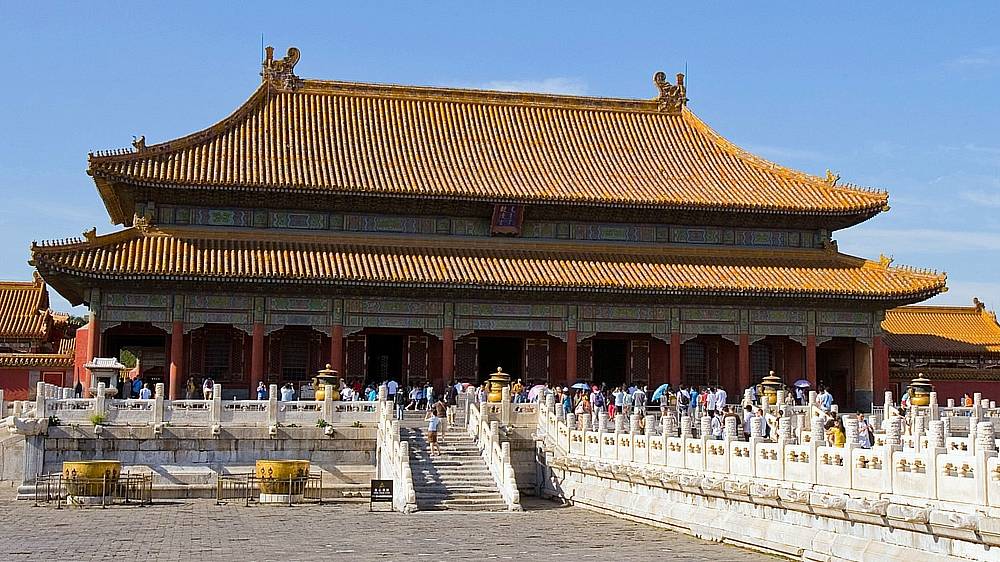 This is a smaller version of the Supreme Harmony Pavilion, also lower, to mark the difference with him. It is however the largest of all the pavilions of the Forbidden City. It was built in 1420 and rebuilt in 1798 following a fire. This pavilion was also used for reading official documents, their signatures as well as for the reception of ministers and other senior officials. Sometimes banquets and even ceremonies were organized. Twice (in 1722 and 1785) there was a "Banquet for a thousand old people". The guests were old people from more than 60 countries. Emperor Qianlong even gave them gifts. Later, Emperor Yongzheng moved his living quarters to the Temple of Food of the Spirit, which is located to the west, but this pavilion still retained a great role in the imperial life. In addition, under the Qing Dynasty, no matter where the Emperor died, his coffin was always placed in this pavilion for a few days during commemorative ceremonies. Once these ceremonies are over, the coffin is moved to Jinshan and buried in the mausoleum.

The palace has on its right and left two small, simpler pavilions. The one on the left is named Hongdedian, it was used as antechamber for the notables to meet the emperor (under the Ming dynasty) or as imperial office (under the Qing dynasty). The one on the right, Zhaorendian, served as a warehouse for books (a kind of library), and later class for the emperor. 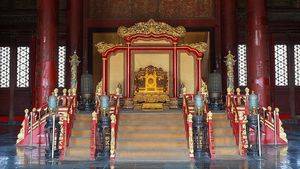 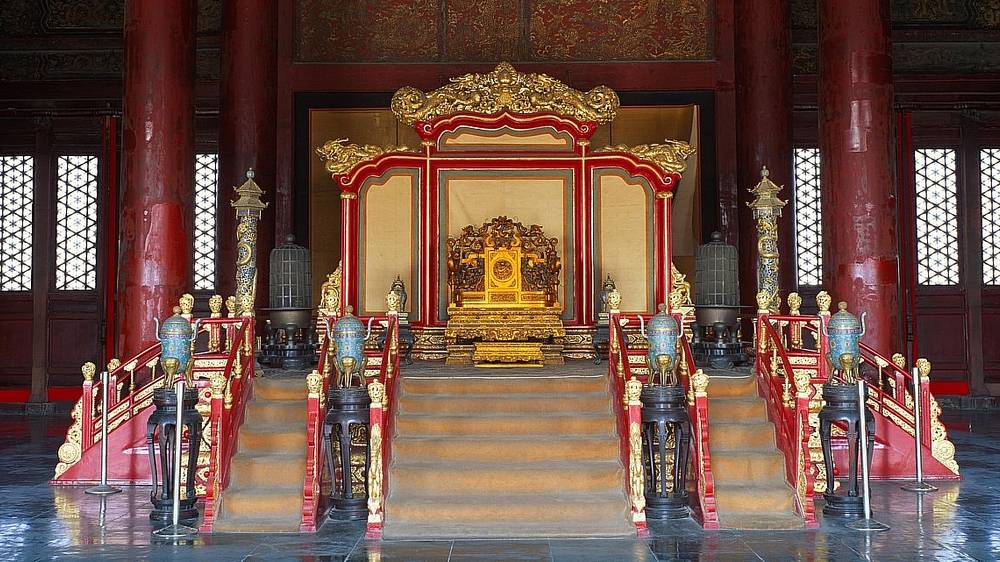 The room has a throne, arranged on a platform, surrounded by incense burners, long red candles and large mirrors that have been placed next to the throne to ward off evil spirits. On the columns all around, there are two pairs of verses written by the Qing emperors. On the throne hangs a plaque engraved with four Chinese characters, written by Emperor Yongzheng and which means "justice and brightness". From the time of Emperor Yongzheng, the name of each Crown Prince was written on duplicate documents and a copy was placed in a box behind this plaque. The other copy was kept by the emperor. The prince designated by these two copies had then the legitimacy of the succession of his father. If, unfortunately, one of the two copies did not conform to the other, the prince must be disavowed.

The courtyard of the palace is also surrounded by high walls. It is closed to the south by the Heavenly Purity Gate, and on the west and east sides are two small doors, named Yuehua and Rixing.

This palace did not always have the same face, in fact it was, initially, relatively different from the one we know today. The renovations took place in 1798, transforming this palace from the old version into its present form.