﻿ ﻿ Pavilion of union and peace

Pavilion of union and peace

Pavilion of Union and Peace (Jiaotaidian) 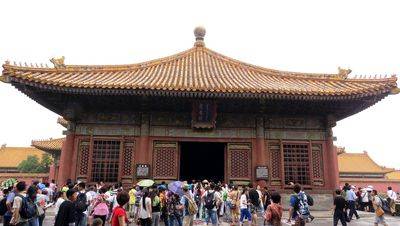 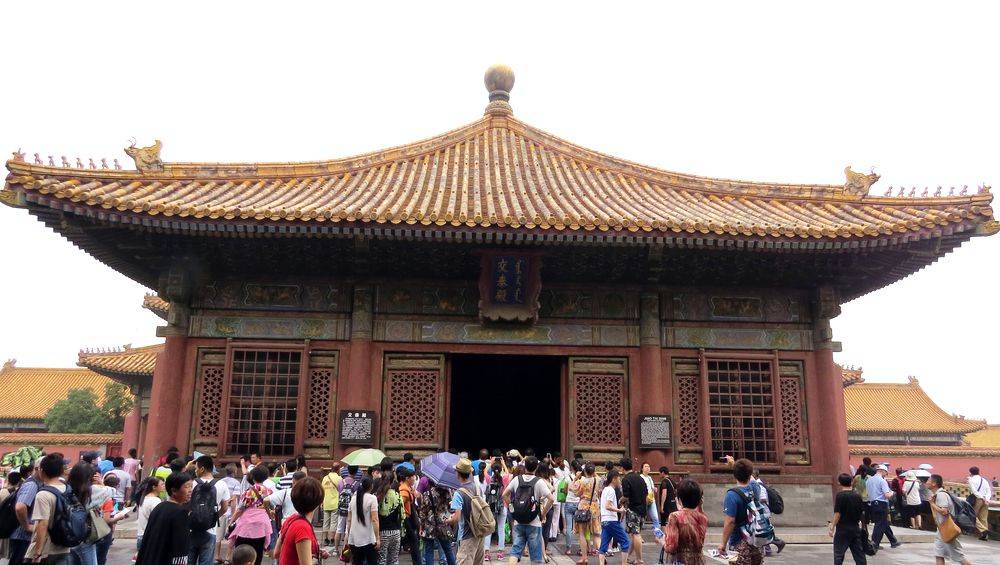 Built from the beginning of the Forbidden City in 1420, during the Ming Dynasty, this pavilion was rebuilt in 1655, in 1669 and renovated in 1798 following a fire. It is the only building in the Forbidden City to have a roof ending centrally with a ball-shaped decor. It is square, 3 arches side, so small enough. This is the second pavilion of the inner courtyard, between the two others. It is similar in style to the central harmony pavilion in the outer courtyard.

Under the reign of Emperor Shunzi (1644-1661) the power was very weak. The eunuchs took the opportunity to improve their dailies by intermingling, among other things, the affairs of the state. In the face of this de facto takeover, the emperor ordered that an iron sign be placed prohibiting the interference of the eunuchs in the affairs of the government. Under the Qing Dynasty, the Empress held ceremonies in this pavilion for various occasions, such as her birthday. On the occasion of the winter solstice and the Spring Festival, the notables came here to pay their respects to the empress.

In 1748, during the reign of Qianlong (1736-1795), the emperor put into circulation twenty-five "bao" (royal seals in jade). Each could be used for the exercise of power in the Forbidden City. The royal seals were under the empress's control in the Union and Peace Pavilion and could only be used if she had given permission. They were stored here. Some specialized summer: the seal named "huangdizhibao" was used for the promulgation of the list of admitted to the jinshi (third degree existing at the time). The "Zhifazhibao" and "mingdezhibao" served the emperor to command and honor his vassals. The "zhiyuliushizhibao" for military affairs. The royal seals were put in delicate boxes covered with yellow damask silk. These boxes are still located in their places of origin in this room of the Palace Museum. 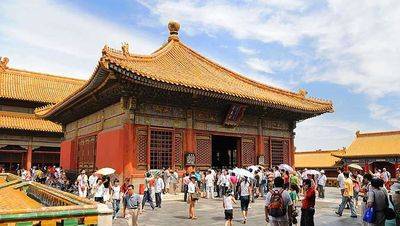 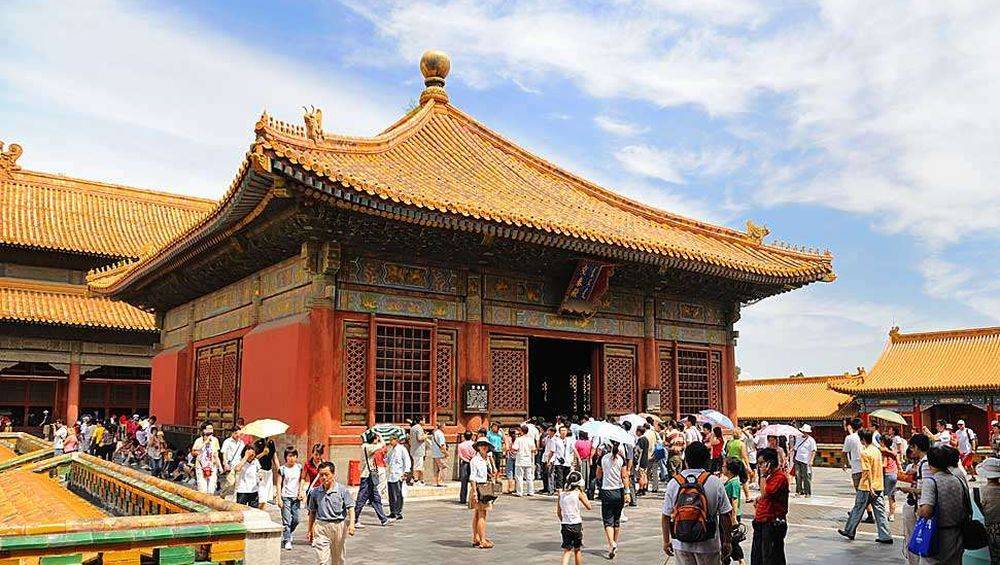 The carillon of the big clock was made in 1798, the third year of the reign of Jiaqing (1796-1820). The structure is a wooden tank imitating the style of a Chinese pavilion. With a total height of 5.80 meters, the clock has three levels. At the back of the clock there is a staircase, through which the staff could put it back. The clock chime has run for over two centuries, but the chime sound is still as clear and loud as ever.

More than three thousand years ago, the Chinese people invented a method for measuring time with drops of water. The bronze clepsydra exposed here was made in 1745 and it is the only one kept in such good condition.