﻿ ﻿ The Line of roman city wall

Although the Tower of London was built at the end of the eleventh century, it was built on a piece of land already occupied previously, and this is proved by the wall of the ancient walls of London. This wall was erected to protect the ancient city of London, Londinium, from attacks. It was built by the Romans and was subsequently abandoned. 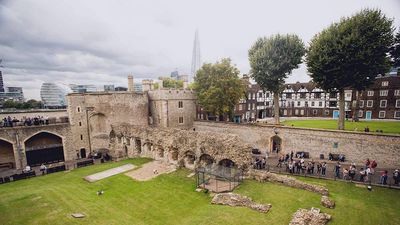 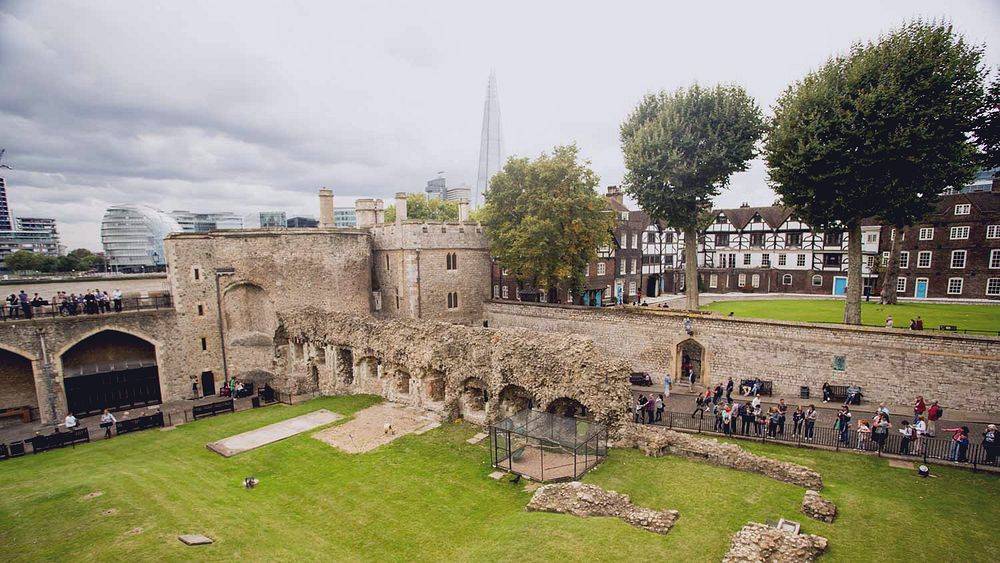 But when William the Conqueror took London at the end of the eleventh century, he chose to build three dungeons to inspire fear among the inhabitants. London was the main city of England and he wanted to master it. One of these towers, the main one, was the "Tower of London".

He chose to build it on the banks of the Thames to control river traffic, and placed himself on an abandoned ground at the eastern corner of the ancient Roman wall. This wall had fallen into decay in spite of its obvious utility, but it could still serve. At that time wood was still built, the presence of the wall was therefore a plus and served as protection on the east side. A palisade was built to the north and south, and to the south the Thames served as protection.

This wall was very impressive, but nothing remains of it in the Tower of London. There are still portions on other parts of the city but not there. It was definitively destroyed in the thirteenth century when Henry III enlarges his fortress to improve the defenses.

Nowadays the wall is just materialized and an explanatory panel gives the information to the visitors.