The Salt Tower is one of the 21 towers that make up the Tower of London complex. It was built at the end of the 1230s and is part of the set of modifications requested by King Henry III. Built in the south-eastern corner of the fortress, the salt tower dominates the Thames. 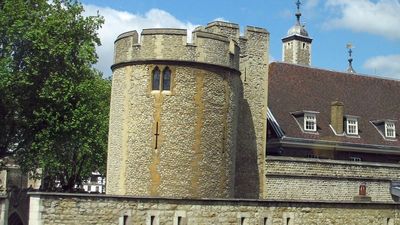 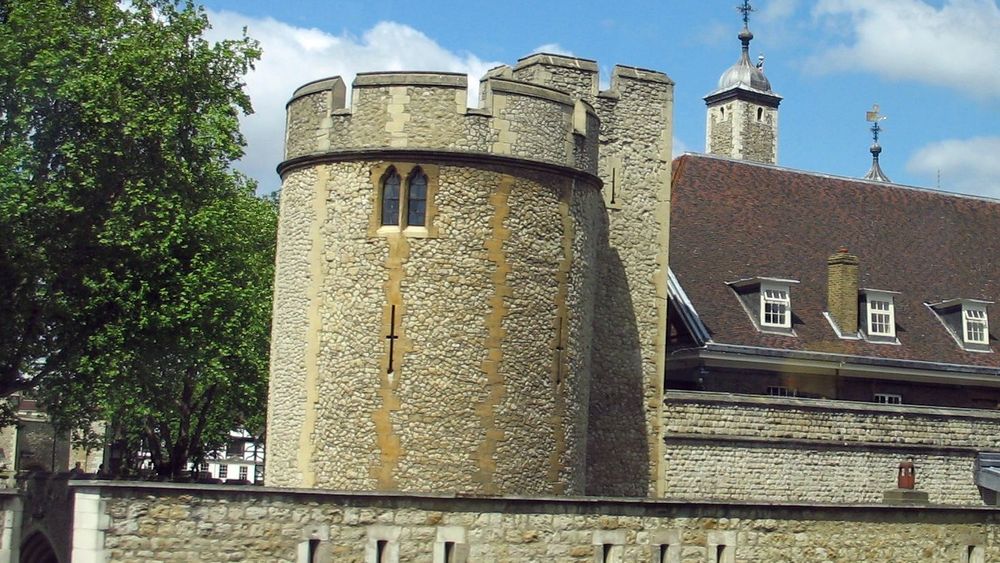 The salt tower is double, like several towers of this kind in the fortress. It is essentially circular in shape, modest in diameter, but a second, more defensive square tower has been added. The roofs are crenellated.

Inside the tower there is a basement with a two-storey dungeon, plus a floor later added. The ground floor of the salt tower was used as a warehouse, when upstairs it is a pentagonal shaped room with a huge stone fireplace of the thirteenth century and a decorative window. The hall has many graffiti made by prisoners on its walls. It is also possible to read the different types of treatment received by prisoners detained there.

The exterior and windows of the salt tower were restored by the Victorian architect Anthony Salvin in August 1857.

The prison of the King of Scotland John Balliol

Among the prisoners held in the salt tower are John Balliol, king of the Scots, imprisoned by Edward I. Balliol was crowned at Scone in 1292. His reign was short and difficult because he was taken between Edward I and the Scottish nobles who humiliated him. He was nicknamed Tom Tabbard, or "The empty mantle". The Scottish lords took power from his hands and in 1295 he had to ally himself with Philipe of France. This alliance provoked a confrontation between Edward and himself. Edward swept him away, invaded Scotland in 1296, and robbed John Balliol of his power.

Imprisoned at the Tower for three years, Balliol was finally released and was able to go to his family land in Bailleu, France, in July 1299, where he remained until his death in April 1313 at the age of 63 years.

Hew Draper, an innkeeper from Bristol, was imprisoned in the salt tower in 1561 following an accusation of witchcraft against Bess de Hardwick and her husband Sir William St. Lo. Draper claimed that, although he was interested in magic, he had burned all his books on this subject. On the walls he traced the drawing of a complex clock, a drawing still visible today. The inscription says "Bristal Hew Draper made this sphere on 30th day of Maye anno 1561". When he sculpted this painting on the wall of his cell, Draper was very ill, drawing is made near the ground by a man sitting.

The Jesuits were also imprisoned in the salt tower and their engravings depicting religious scenes can also be seen on the walls in several places. In particular, there is a heart, a hand and a foot pierced. This symbol represents the wounds of Christ. There are several inscriptions marked with the IHS monogram, with a cross above the H, a form commonly used by members of the Society of Jesus. The registered name of Michael Moody, 1587, recalls a conspiracy to assassinate Queen Elizabeth.

The Jesuit priest John Gerard was also imprisoned in the salt tower, interrogated and tortured by being suspended several times at chains on the wall of the donjon. Gerard organized an audacious escape from his prison on a rope stretched over the ditches during the night of October 4, 1597. Despite the fact that his hands were still mutilated by the tortures he had suffered, he managed to get off. He reached Rome, where he lived in exile for the rest of his life. Henry Walpole, a young Jesuit imprisoned in the salt tower in 1593, has his name on the walls. He refused to provide the information requested by the authorities. which in 1595 brought him to York where he was tried and executed, probably burned alive.

Giovanni Battista Castiglione, an Italian tutor who wore the private letters of Princess Elizabeth when she was imprisoned, was also sentenced to imprisonment.