﻿ ﻿ Resume about the Colosseum

Resume about the Colosseum

If the Colosseum is a monument known throughout the world, it remains nonetheless that it is quite simple in its design and its use has not reported much change throughout antiquity. The rest of its history has seen some original uses, such as dwellings, but broadly speaking it has not seen any major changes as it has, for example, for the Forbidden City of Beijing. It does not prevent that it is not so easy that it summarizes the Colosseum. 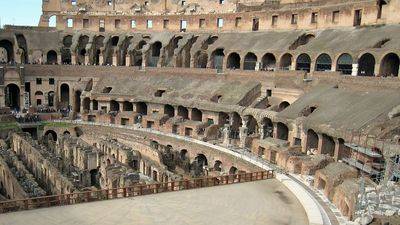 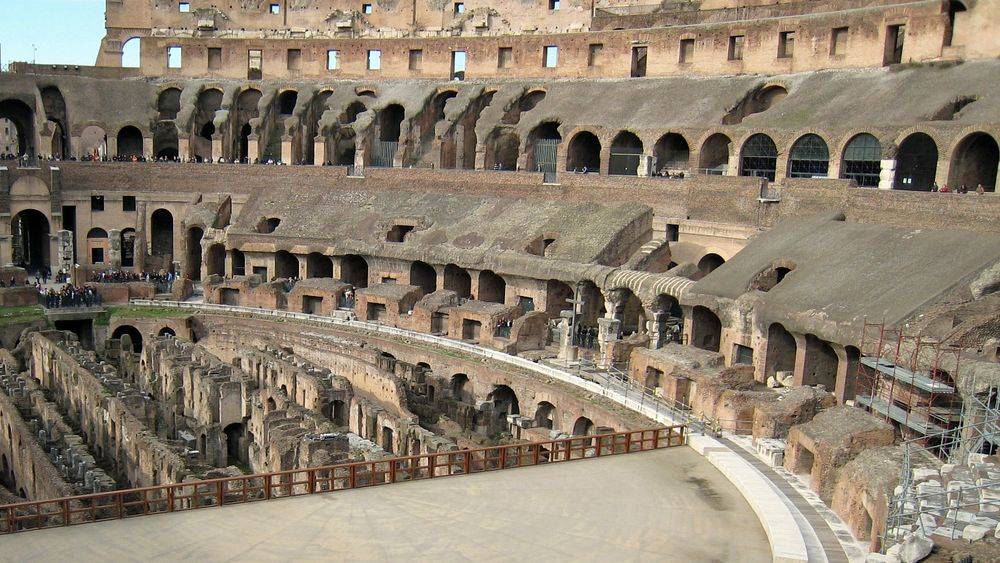 The Colosseum as it is today, seen from the inside

The Colosseum is a large amphitheater dating from the Roman Empire, built in the first century in the center of the city of Rome. In antiquity, it had a capacity between 40,000 and 70,000 spectators, with 80 ranks of siege. Those who were near the arena were the Emperor and the Senators, and on their way up were the lower strata of the society of the day. Gladiator fights and wild animal hunting were the most popular shows.

The construction of the Colosseum began during the reign of Emperor Vespasian, between 70 and 72 AD. The identity of the architect of the building is unknown, as was generally the case for most Roman works. Over the years, the names of Rabirio, Severo, Gaudencio or even Apollodorus of Damascus were mentioned, although it is known that this one did not arrive at Rome until the year 105.

The Roman Colosseum was probably the greatest work of Roman architecture, using the most varied construction techniques. The pilasters and arches are travertine joints without mortar. In the lower parts and in the basements, the tuff was used in the same way. Many of these stones were held together with metal staples. The vaults that support the cavea were mortared on wooden formwork, an important innovation that greatly eased the construction procedures.

The facade is articulated in four levels whose heights do not correspond to the interior floors. The lower three levels are formed by 80 arches mounted on pilasters, and with half-columns supporting a purely decorative entablature. The room is formed by a blind wall, with pilasters attached to each other and windows on one of the two spans. The decorations on each floor are successively Tuscan, Ionic and Corinthian. The top floor has an indefinite style that has been cataloged from the 16th century. It was common at that time to layer different styles on successive floors, but it was not usual to build buildings with four overlapping levels. The communications between each floor were made by stairs and concentric galleries.

The Colosseum was used for different shows. The main ones were the gladiator fights, but they were far from the only ones. During the day, several events took place, such as wild animal hunts, reconstructions of African lands, the killing of convicts, and even, in rare cases, reconstructions of naval battles. For these shows the means were gigantic, only the emperors could pay them. Because each show was sponsored by citizens, usually wealthy citizens. There was always a strong religious connotation, but also a demonstration of the power and family influence of this citizen.

Nowadays the Colosseum is Rome's biggest tourist attraction, thousands of tourists pay to enter and see the arena every year. There is a museum dedicated to the Greek god Eros on the upper floor of the building. Part of the sand floor was rebuilt, so visitors could imagine what the arena was like in the past. One of the current uses of the Colosseum is the procession of Via Crucis, presided over by the Pope, which took place every Good Friday.

Dimensions of the Colosseum