Titus was the second emperor of the second Roman dynasty, the Flavian dynasty. He lived in the 1st century AD, from 39 to 81, with a reign of 79 to 81. 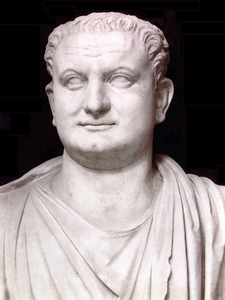 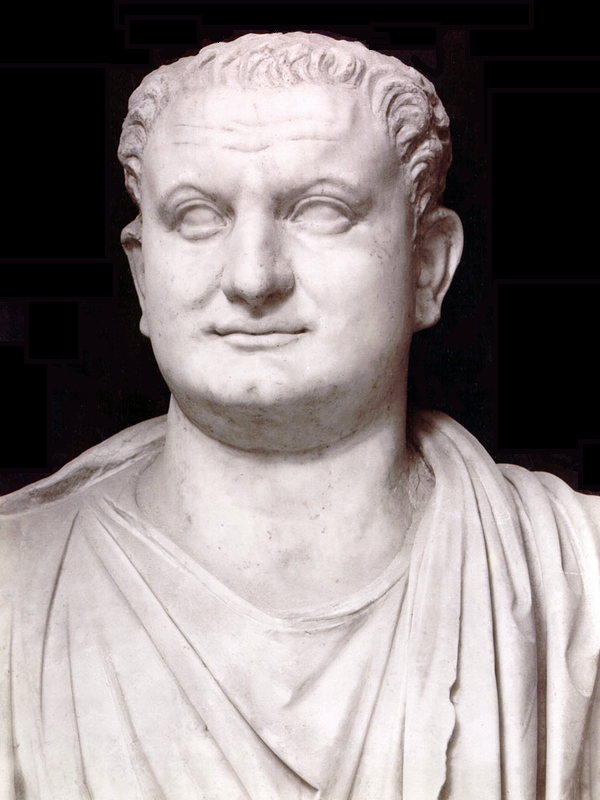 Bust of Titus, the Roman emperor who inaugurated the Colosseum

Titus was born on December 30, 39 in Aquae Cutillae, a former spa near Rome, currently on the territory of the Italian city of Castel Sant'Angelo. He is the son of Vespasian (9 - 79), who came from a family of local notables and as such he could get closer to the emperor Claude. Titus grew up in the company of Britannicus, Claude's son, in a pleasant and luxurious setting.


Preparation for the exercise of power

His preparation for the exercise of power was made before his father Flavien became emperor. He first took the position of military tribune in Germany, then in Brittany. A military tribune is simply an officer. We are in 57 and he is only 18 years old. It is found ten years later as legate of the fifteenth legion, in Judea. A legate is a superior officer commanding one of the Roman legions. A kind of general, if we want to compare with the existing functions nowadays. He was under the orders of his father who, close to the emperor Claude, had been able to obtain important positions in the Roman Empire.

At the post of legate he had to face the Jewish revolt against the Romans, the first of the three. It is called the "great revolt", it took place between 66 and 73. In parallel Titus will develop diplomacy talents and organizing meetings with Mucian, legate of Syria, Flavien support to the post of legate then to that of emperor when the post became vacant following the death of Nero. It is essentially this diplomatic action that allowed the arrival of the Flavian dynasty to power, whether with Mucian or other Eastern rulers.

In 70 he laid siege to the city of Jerusalem, which he managed to conquer. During the final attack Herod's temple is burned down and the city largely destroyed. In Rome he was built a triumphal arch that he used on his return to the capital. This monument, known nowadays as the Arch of Titus, is still in good condition, in the center of Rome.

From 70 Titus moved to Rome and is associated with the closest to power, positioning himself with his brother at the side of his father. The two brothers received the title of "Prince of Youth", a title given to the children of the emperor since Caesar and which marked their entry into Roman chivalry. He quickly obtained the tribunitian power, the power granted to the tribunes of the plebs, the imperium (military power outside Rome and civil power in Rome), then, in 74, censor (in charge of the census). From 70 to 79 he also serves as consuls (magistrates). Finally in 72 he became commander of the Praetorian Guard in Rome (prefect of the Praetorium).

When his father died in 79 he took over. He is the first son to succeed his father since Augustus, and it will not be the case either before a century.


The two years of reign

Titus' reign is marked by a profound change in his personal life. Probably marked by the death of his father and the burden of taking his suite, he completely changes his behavior.

During his period of preparation for the exercise of power Titus takes advantage of his position to enjoy a high quality of life. He is known as a libertine indulging in unconventional sexual pleasures. In this he is close to the character of Nero, known to have been a great depraved. But Titus is more of a profiteer, he has enough money to organize sumptuous parties and lead a light life. He is also known to have had a sexual preference for eunuchs.

During this period, he also tended to take advantage of his position to improve his position. Thus he was able to eliminate many of these adversaries as leader of the Praetorian Guard. As a magistrate he was able to sell favorable judgments. This made him a rather disturbing person in the Emperor's entourage, but the latter has always protected him, whether in his father's or his predecessor's time.

However, once at the head of the Roman Empire, the behavior of Titus changing completely: He replaced the festivities with more formal dinners, repudiated his companion who symbolized his years of depravity and attributes itself to the Emperor good with his people. In fact it seems that the exercise of the function of emperor left in the collective imagination a positive trace. His reign is marked by a certain rightfulness in his actions.

Lastly, it must be pointed out that Titus' reign is marked by three major disasters which he had to cope with: The eruption of Vesuvius, which struck from the map of Pompeii and Herculaneum, a great fire in Rome and a wave of plague which went on. to kill the emperor himself.

Titus died on Sept. 13, 81 after only two years of power. It is his brother Domitian who succeeds him.