The Colosseum is the largest Roman building built during Antiquity. This is an exceptional monument. As it is in the center of Rome, it is also the most visited monument of Italy, largely in front of other monuments like the tower of Pisa, the palace of the Doges of Venice where the site of Pompeii. This affluence also has a setback, sometimes you have to wait long enough to enter the amphitheater. 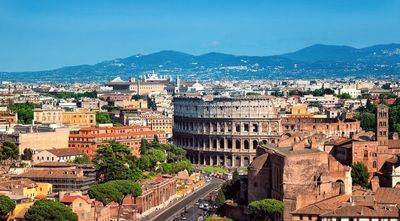 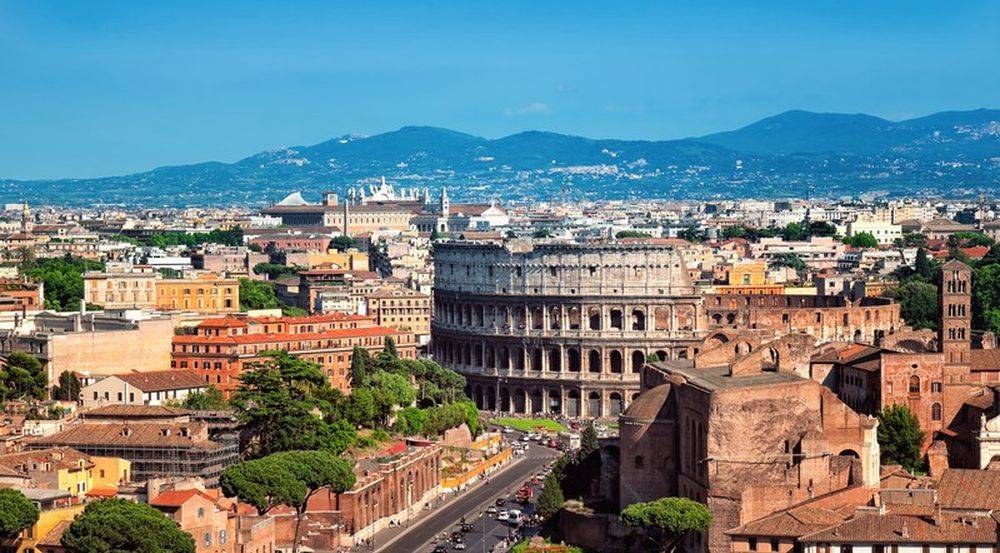 The Colosseum as it is today, in the city center of Rome.

This site gives you some tourist information about visiting the Colosseum. Note that when you book on the Internet you will have to choose a visiting schedule. Be punctual, otherwise your ticket will be lost and you will have to queue if there are still places available.

But no, we will not criticize our Italian friends ... But it is to note that the schedules often change according to the day of visit, anyway ... It is better to inquire before leaving because the monument can close between 16:30 and 7:15 pm, which makes a big difference. Here are the opening hours:

It's not to say, but the schedules of the Eiffel Tower or the Tower of London are more constant, anyway!

There are two ways of entering the Colosseum: Either take a ticket at one of the rates below, or use a twin card including a visit to one or two monuments in the city and transportation. This is called the "Roma Pass".

There are several tariffs to visit the Colosseum, it is quite classic, it depends on the age of the ticket holder. Better than the jungle of the schedules, the rates are simple.

As for visits, the Colosseum (Colosseo) is paired with the Palatine (Palantino) and the Roman forum (foro romano), so you only have one ticket for these 3 elements of the city's heritage. They are anyway right next to each other.

The reduced rate is granted to young adults who are members of the European Union and must be between the ages of 18 and 25.

Conditions to benefit from the free

The ticket is free for anyone under the age of 18, as well as for everyone on the first Sunday of each month.

It is also free for certain professionals: Guides, interpreters, employees of the Ministry of Culture carrying out their professional activity, accompanying a school group of at least 10 students, students and professors in science, literature, arts, architecture (if their studies are in connection with the Colosseum), accredited journalists, etc.

There is good news and bad news with the prices of the Colosseum. For example, it is not that expensive compared to other European monuments (the Tower of London is at 28.50 €, anyway).

The Colosseum is free for all children, including older children (16-17 years). Moreover it is free once a month for all, which is a nice effort, it must be said. Of course that day expect a lot of people ...

The main negative is the Internet reservation for 2 € extra: It does not push the visitor to book in advance, so there is a crowd at the ticket counter, on the spot. The 2 € fee is valid for each Internet transaction, so if you buy 4 tickets, you will pay only once. The Tower of London, to use this example, does the opposite: You pay the tax only if you take the tickets at the ticket office, and as a result, there is no waiting on the spot. It's still better.

There are no group rates. If you are a group, you will not receive any discount. You just have a special entrance for groups, but that's it. And be careful, if at the last moment you are more than expected, the surplus people will have to buy their tickets at the ticket office, and go through the individual entry: In short, you can not enlarge your group at the last moment.

ATTENTION: There are online booking sites that charge you taxes well in excess of € 2. Be vigilant and trust the official site.

The Roma Pass is the map twinning public transport and sightseeing in Rome, it is intended for tourists, clearly. There are two different cards:

These cards include the entrance of a museum for the 48 hours, two for the 72 hours, access to metros, buses and trams of the city and offer discounts on the other museums that you would like to visit. The choice is wide, between archaeological, modern, contemporary or scientific museums.

This card can be worth it if you do a lot of traveling and few visits, but it's not the business of the century either, if you compare it to the New York City Pass, for example, same thing ... better. If you are interested, go to the official website: www.romapass.it.

First and foremost, note that for safety reasons only 3,000 people are admitted to the Colosseum at the same time, so in the event of a busy day, for example in summer, particularly long queues can form. You have to favor visits early in the morning, and avoid going too late, you might have too little time indoors.

The ticket is valid for 48 hours, so if you can not go there the day of the purchase, for example because the queue is too long, come back the next day, you will not have to pay another ticket.

As for most European monuments one does not enter the Colosseum easily, one must pass security checks. Suitcases are forbidden, even small ones. In fact, every bag you bring to the Colosseum must be worn on the shoulder, or by hand. They will all be X-rayed and their owners have to go under a metal detector, as in airports. This control of the bags is mandatory for everyone, even for those who have pre-booked their places on the Internet.

The groups do not have preferential rates, but they have a specific entry. Attention, you can not enlarge your group, once the reservations made. The group must arrive 30 minutes before the scheduled time, and may have a delay of only 15 minutes. Beyond, entry will be refused and tickets will be lost. Be punctual!

The Colosseum, the Roman Forum and the Palatine regularly offer temporary exhibitions. They are always included in the price of the ticket, so you have access once in the monument.

The Colosseum has audio guides in Italian, English, Spanish, French, German, Japanese, Russian, Chinese and Portuguese. With a duration of 50 minutes it will cost 6 €. If you prefer a real guide, it will be a pleasure to present you the Colosseum in English, Spanish or French. Visiting times in any of these 3 languages ​​vary, consult the official website to find them. A guide costs € 5 per person and will take you around the Colosseum in about 45 minutes. It is better to reserve your place because the group can not be more than 40 people.

There are more in-depth tours, they cost 9 € for 1h30 of visit with a group of only 25 people, but alas not in French (English, Spanish and Italian)

Tickets are valid for 2 days from the date of issue or reservation (if you have taken it on the Internet). You are entitled to only one entry to the Colosseum, the Roman Forum and the Palatine.

Like all the monuments in the world, the Colosseum is home to a shop. This one is on the first floor, there are souvenirs, books, and something to eat.

To check the information, get more details or book your tickets, go to the official website: www.coopculture.it

It's in Italian and English and it's pretty well done, you can immediately find the phone numbers to book guides, schedules, different possibilities of purchase, security information, etc.


To go on the spot

The Colosseum is geographically in the center of Rome, it is hard to miss when you are there. To go there:

Only one metro line goes through the Colosseum, line B. You have to stop, of course, at the "Colosseo Station".

Right next to the tram stop there is a taxi rank.


Evolution of tourism over time

As can be seen from the figures below, the number of visitors to the Colosseum has exploded since the beginning of the 21st century. This is due to the appetite of Europeans for its heritage, but also by improving travel conditions, thanks to the development of the Internet. The population is traveling a lot more than before, and that's reflected in the attendance figures of the Colosseum.

Here is the evolution of attendance at the Colosseum since 1998.

Also note that before 1998 the progression curve was equally impressive, but that was partly due to the success of Ridley Scott's movie "Gladiator". With a charismatic actor at the head of the cast (Russel Crow), the film chronicles the life of a gladiator in ancient Rome. The finale takes place in Rome, in the Colosseum. Some of the tourists who came at that time were interested in seeing the real arena.