﻿ Symbolism of the mount Rushmore

Symbolism of the mount Rushmore

The presidents of Mount Rushmore is interesting sculpture work for its quality, its gigantism, but also for its symbolism. In fact, depending on the point of view under which it is approached, it takes different historical, political and civilizational points of view, which gives it all its strength. But it must be said that as often in the United States, this monument is the meeting place of contradictions. Its symbolic role is quite representative of this paradox. 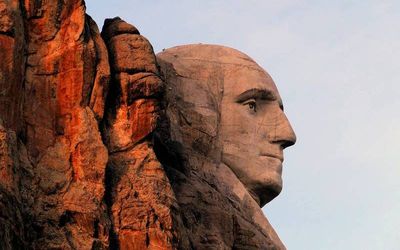 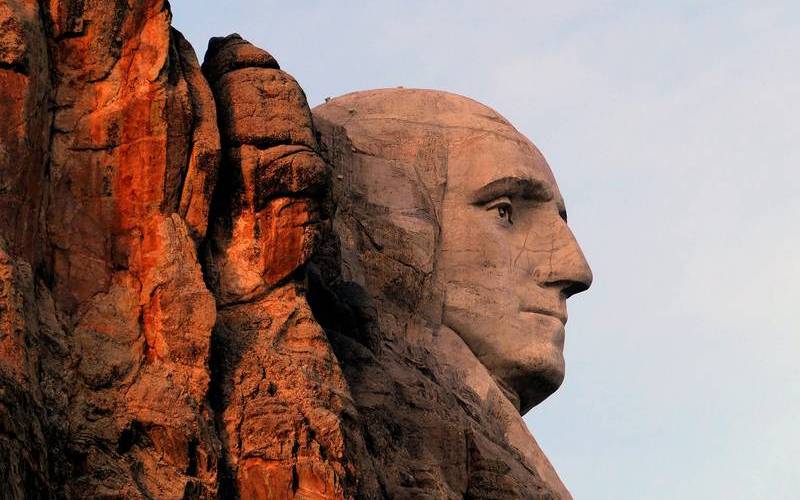 
The purely historical point of view

From a historical point of view Mount Rushmore symbolizes the history of the United States. It is the story of the great men, of the founding fathers as well as of the statesmen who knew how to keep the course of the nation in turmoil. Each face has a strong act. George Washington symbolizes the birth of the United States (He was the first president), Thomas Jefferson his integrity (he bought various territories to unify the country), Abraham Lincoln his unit (He managed to keep it despite the Civil War) and Theodore Roosevelt's expansionism on a global scale. Through these four characters we have a vision of the strengths of this country. So, if we have that in mind when we are there, it is not the face of the four presidents that we see, but the history of the country.


The political point of view

From a political point of view, Mount Rushmore is marked by the orientation of the presidents. If the first president of the United States, George Washington, is more known for his fight against the English than for his political orientation, this is not the case of the other three.

George Washington (1732-1799) was the first president of the United States. Father founder of the Nation, he was initially a rich planter of the South. After having fought during the war against the English he engaged in the revolution and, with the help of the French, obtained the victory. He participated in the drafting of the Constitution of the United States and was unanimously elected president. His two mandates were marked by the structuring of the state, its diplomatic and commercial development, and a slow change of opinion on slavery. It is obviously as the first president he appears on Mount Rushmore.

Thomas Jefferson (1743-1826) was the third president of the United States, he was a republican. His career places him among the presidents who have left the best impression in history. Favorable to religious freedom, he is known for his great tolerance towards minorities. He is the president who bought Louisiana from the French Emperor Napoleon and ratified the ban on importing slaves. It was his popularity and open-mindedness at the birth of the United States that naturally made him a candidate to appear on Mount Rushmore.

Abraham Lincoln (1809-1865) was the 16th President of the United States. He had two complex warrants during which the war of secession and the abolition of slavery took place. His great political success was to maintain the country's union after the war, despite strong military, diplomatic and cultural opposition, with the South needing slavery to live. He paid for it with his life since he was assassinated by the Confederates. His presence on Mount Rushmore is due to his stature as a statesman that he forged by his action during these events.

Theodore Roosevelt (1858-1919) was the 26th President of the United States. Member of the Republican Party, he emancipates temporarily to build his own party based on more progressive ideas. He is awarded the Nobel Peace Prize for his participation in the resolution of the war between the Russians and the Japanese. Its unique mandate is marked by the takeover of the Panama Canal, the adoption of consumer protection laws and a marked standstill on the rights of minorities. His presence on Mount Rushmore is a post-mortem reward for his efforts to increase the United States' place in the world


The civilizational point of view

From a civilization point of view, the monument is a real foothold to the Amerindians. Indeed, the territory of South Dakota was initially, at the arrival of European settlers, a property of the Cheyenne. They were chased out by the Lakota in 1776, and it was with them that took place the opposing events Amerindians and Americans. In 1868 a treaty signed between the two parties ensured that the territory would remain the possession of the Lakota, but this treaty was broken by the Americans who invaded their territory not even ten years later. Mount Rushmore was carved from 1925, 50 years later. Imagine the feeling of the Lakota, driven from their lands, sacralizing the mountains they did not call Mount Rushmore, and seeing the appearance of four presidents, all in function during the fall of the Amerindian civilization. They lived it as an affront, a desire to assert white supremacy against the indigenous people.

To cope with this state of affairs, the Indian people as a whole support the construction of a similar memorial a few kilometers away. When finished, he will represent the Crazy Horse Chief on horseback, looking eastward. This monumental statue is under construction, slow construction because of the limited resources available to its promoters since obviously, the US can not finance a monument recalling the massacre of the Amerindians.