﻿ ﻿ Museum of the Taj Mahal

Museum of the Taj Mahal

The Taj Mahal Museum is inside the monument. It is exactly in the building located west along the wall, facing one of the 4 channels. Currently it is under the jurisdiction of "Archaeological Survey of Agra Circle". The origin of the Taj Museum dates back to 1906, it was created under the orders of Lord Curzon (viceroy of India from 1899 to 1905) in two hexagonal rooms on the west side of the main entrance of the Taj Mahal . It was moved and modernized in 1982. Khan Bahadur Maulvi Zafar Hussan, Honorary Curator and Superintendent of the Archaeological Survey, made valuable efforts to develop this museum. 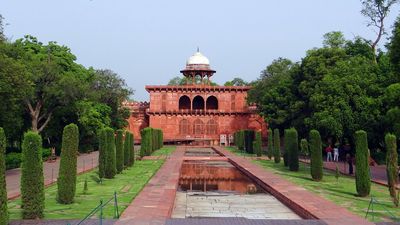 Exterior of the Taj Mahal Museum

Exterior of the Taj Mahal Museum

The Taj Mahal Museum, west of the garden

The museum's exhibitions in ancient times consisted of ancient plans of Fort Agra and Taj Mahal, stone samples and tools used for marquetry work, old photographs of the Taj Mahal, some colorful drawings, Farman (Royal orders), Sanads (records), items discovered during excavations in Agra Fort, specimens of precious stones used in the Taj and an album of old Taj Mahal photos. Now the Taj Mahal Museum is housed in the West Jal Mahal, which is part of the Taj Mahal complex. It is in a double storey building with a quadrangular projection outside the center of the west wall and is built on an elevated platform. The ground floor houses the museum while the upper floors are used as an office. The galleries are in full development, adding new features day after day, which makes this museum more and more attractive.

The museum consists of three galleries, in addition to the main hall, and features various exhibitions mainly related to the construction of the Taj Mahal or the Mughal period. Antiques generally classified as Mughal miniatures, manuscripts, government decrees, specimens of calligraphy (Quranic style of writing), weapons, utensils, plans and drawings of the complex, paintings, works of marquetry, two marble pillars of Agra Fort, etc. At the beginning of the 20th century this museum contained 121 antique pieces.

The main room contains the most important elements. You will find : 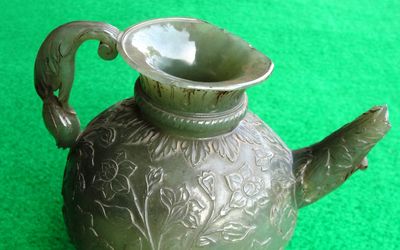 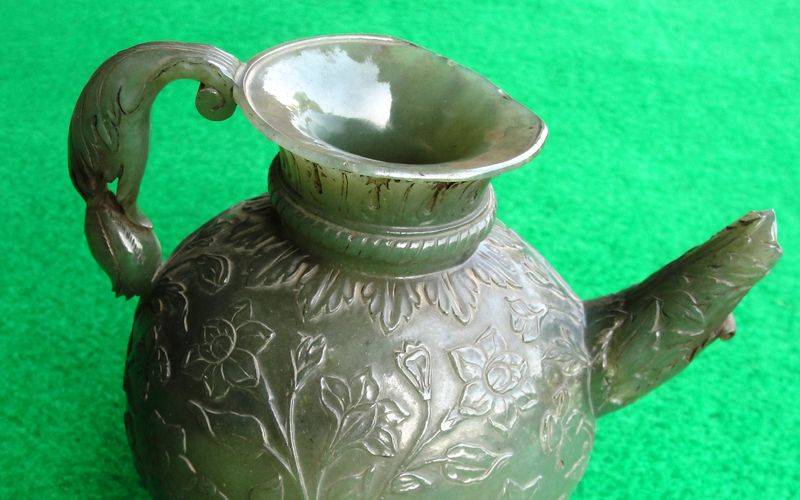 One of the many exhibits at the museum

The first gallery is devoted to calligraphic art, specimens of some famous calligraphers of the time as Mirza Muhammad Suleiman (son of Dara Shikoh) and Muhammad Shah Shuja (second son of Shah Jahan), Abdur Rashid Dailmi, Muhammed Hussein Al Katib and Mulraj are exposed. There are also Jade carved jade and porcelain objects, a beautiful Jade sculpted lotus vase, a stone-mounted mirror, bowls and celadon dishes that can be divided into pieces and whose legend tells that they can change color when they come into contact with poisoned food. finally, swords, daggers, etc. are also on display.

The second gallery contains paintings by Emperor Shah Jahan (1628-1658) and his favorite wife Mumtaz Mahal. The most successful, the most important, is made on ivory surrounded in a wooden frame. Another painting from the famous Persian epic Shah Nama of Firdausi, and the miniature paintings of Emperor Jahangir, Shah Jahan and other members of the royal family are also on display in this gallery.

Finally, the third gallery shows plans and color drawings of the main features of Taj Mahal architecture. The most interesting is a site plan, a front elevation of the tomb and other details that are recorded there. The gallery also displays replicas of some gold and silver coins minted in Akbarabad. 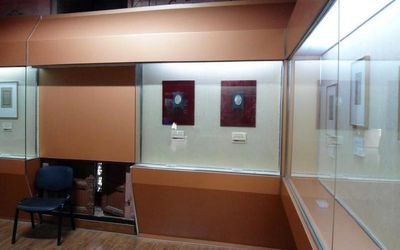 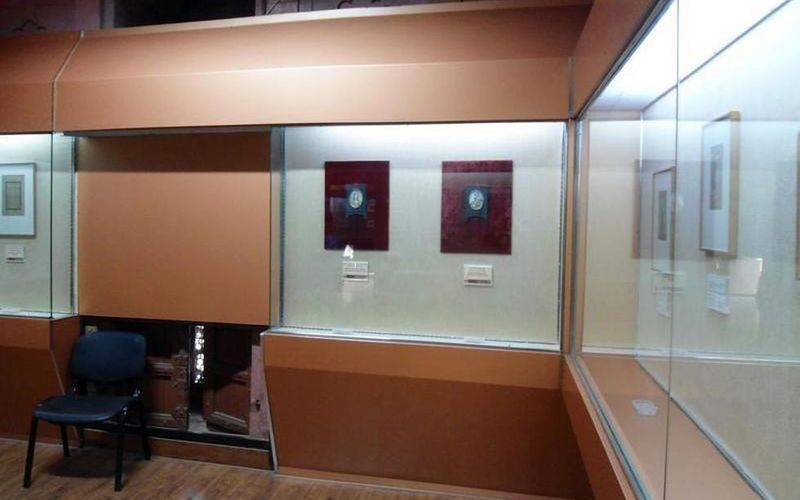 One of the exhibition halls of the museum


The circulation inside the museum has been well thought out, it is quite correct considering the number of people who visit the monument every day. Well, we must admit, all visitors do not go through this museum that is a little out of place, especially tour operators who have little time to spend it but it's a shame. This museum is relatively spacious compared to the exhibits.

The Taj Mahal Museum is open from 9 am to 5 pm, every day except Friday (closing day of the Taj Mahal). Entry to the museum is free, payment having been made at the entrance of the monument.

Decorations of the Taj Mahal