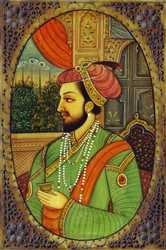 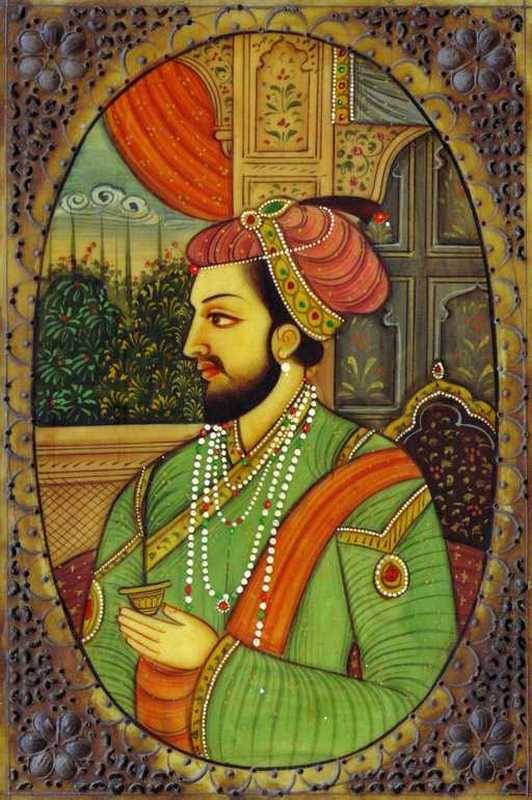 Shah Jahan is the 5th Mughal emperor, coming after Bâbur, Humâyûn, Akbar, and Jahângîr, his father. His mother was Princess Nûr Jahân, a woman who had taken power over her husband during the last years of his reign, at a time when he had fallen into the grip of drugs. Born January 5, 1592 in Lahore, he died on January 22, 1666 in Agra at the age of 74 years. He is known as Shah Jahân, sometimes spelled Shah Jehan, but his official name is Shahab-ud-din Muhammad Shah Jahan.

The first years of Shah Jahan, years in which he was known as Prince Khurram, saw the young man receive a refined and cultivated education. He studied a large number of disciplines and became a specialist in martial arts. He surprised his world by taking an interest in architecture. An anecdote is told that he himself built his quarters in the Fort of Kabul, but also by proposing various internal arrangements to the fort of Agra.

Showing very young intellectual abilities as well as physical, he quickly draws the attention of his grandfather who thinks of appointing him to his estate, before yielding to Jahângîr, his father. In 1617, at the age of 25, he took the reins of an army and conquered the Deccan against Loddi, a victory that allowed his father to expand his territory on the southern border of the Empire. His father rewarded him with the title of "Bahadur Shah Jahan", which indicated to all that he was the favorite to succeed to the throne. Subsequently he increased his aura by winning different victories, still widening a little more the historical territory of the Mughals, but without ever reaching, however, to extend towards the West.

It was in 1628 that he took power, succeeding his father Jahangir, who died in 1627. The end of his father was not easy, as was the case for all these predecessors and some successors. In fact, Jahangir's wife had become, over the years, the true governess of the Empire, her husband having fallen into drugs such as opium and alcohol. When he became ill, she was afraid of being out of power, Khurram being eager to take over. So she married the girl she had had from a first marriage with another son of Jahangir, Shahryar, hoping to have a male heir at his command. But this son did not arrive, and the succession to the throne, which took place long before the death of the Emperor, took place between Khurram and Shâhryâr, the legitimate one because he was carried by his military conquests and heir appointed by Jahângîr. illegitimate because of the intrigues of the court.

Still, at the emperor's real death, the two immediately became emperors, but it took another battle to assert the legitimacy of Khurram, who officially becomes Shah Jahân.

He retained title until 1658, 30 years of reign during which he took the official title of "Al-Sultan al-'Azam wal Khaqan al-Mukarram, Abu'l-Muzaffar Shahab Uddin Muhammad, Sahib-i-Qiran -i-Sani, Shah Jahan Padshah Ghazi Zillu 'llah. Which means ... Uh ... More seriously, his reign is considered that of the climax of the Mughals. It had the characteristic of being that of the maximum extension of the Empire thanks to the levies of soldiers and the multiplication of the external conflicts. Towards the end of his reign he had to fight more internal enemies like the Islamic rebellion of Ahmednagar, or pushing the Portuguese back to Bengal, recovering the Rajput kingdoms of Baglana and Bundelkhand to the west and north-west beyond Khyber. His reign was thus more a period during which the military resources were increased tenfold, relying on the nobles and their capacity to raise quotas.

Despite these episodes, the reign of Shah Jahan was generally a peaceful period during which the Empire was stable, politically. The administration has been centralized and the judiciary has increased. Historiography and the arts were instruments of propaganda, allowing the emergence of fine works of art or poetry that magnified the specific public ideology of the Mughals. It was this centralization that allowed the power to achieve harmony in the Mogul society of the eighteenth century.

Shah Jahan erected many splendid monuments, the most famous of which is the Taj Mahal in Agra. The Pearl Mosque in Agra, the palace and the grand mosque in Delhi or the Throne of the Peacock, which is said to be worth millions of dollars, according to modern estimates, are all constructions of Shah Jahan. He was the founder of Shahjahanabad, now known as "Old Delhi". There were also other buildings, initiated by this creative emperor: the Diwan-i-Am and Diwan-i-Khas, in the Red Fort of Delhi, for example.

Besides, the court of the Emperor was, it seems, of a high quality and very impressive, for the European visitors of the time. The throne of the Peacock, with its flamboyant procession of natural colors giving the illusion of movement, was in rubies, sapphires and emeralds. Many nobles possessed great wealth, too.

The name of Shah Jahan comes from Persian which means "King of the World". When he died in 1666, his son Aurangazeb had already taken power for 8 years.

Shah Jahan's private life was conjugal and prolific. He married 11 times, successively with:

Of course, a great number of children were born of these unions, many of whom, unfortunately, died young. Among those who survived are Jahanara Begum, Dara Shukoh, Shah Shuja, Roshanara Begum, Aurangzeb, Murad Baksh, Gauhara Begum. Shah Jahan was a Muslim, as we can see from his constructions, especially the Taj Mahal.

These two first marriages are not marriages of love but of reason, coming to break the engagement which already united in 1907 the young Shah Jahan, still named by his name of "Khurram", with Arjumand Bano Begum, the granddaughter of a Persian nobleman, who was only 14 years old at that time. She became the love of his life and for whom he will build the Taj Mahal. They married in 1612 and lived, according to the chroniclers of the time, a great love story. It is on the occasion of their marriages that Shah Jahan offered his wife the name "Bijou du Palais", and it is under this name that we know her today: Mumtaz-i Mahal. The passion that united them was sincere, obviously. At his death Shah Jahan built the Taj Mahal to serve as a tomb. One of the most beautiful evidence of love on Earth, it seems.