The Byward Tower is the entrance to the Tower of London, the main gate through which tourists pass today. There is another entrance along the banks of the Thames, but it is reserved. 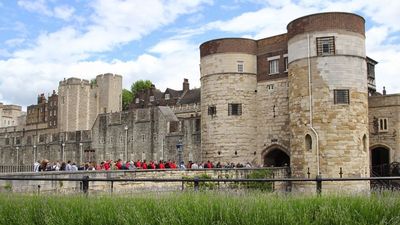 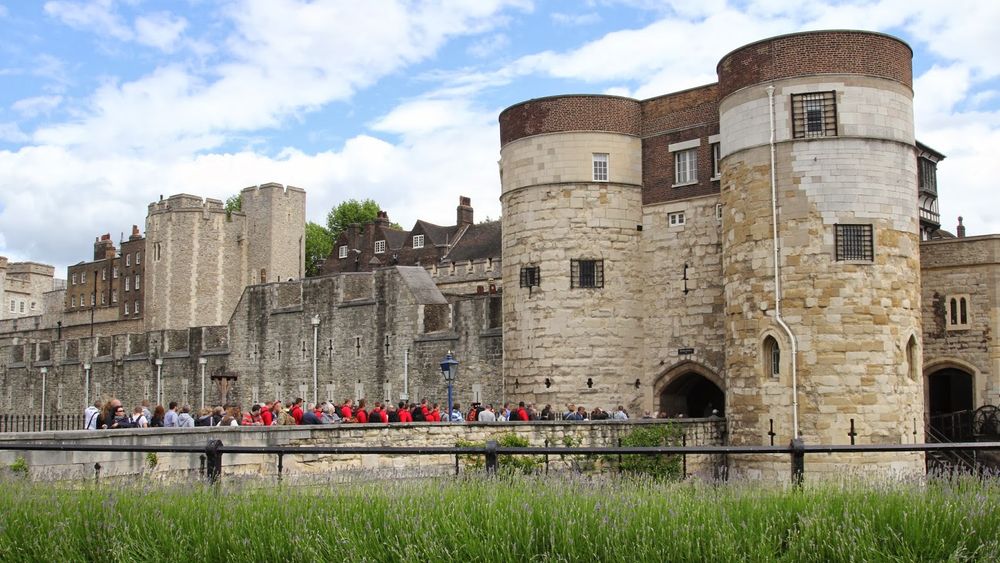 The Byward Tower is twin of the intermediate tower, which is on the other side of the Moves. The two are joined by the only bridge of the fortress. The Byward Tower is actually double, it is two round towers connected by a square building, this building having a wide passage that can be closed by a portcullis. It used to have a drawbridge that, alas, did not survive the weather. The chief architect and master builder was Henry of Reyns assisted by John of Gloucester and Robert of Beverley. It is thought that this tower was built next to the "Warder's Hall", and it is this particularity that gave its name to the tower "by the warders", transformed in time into "Byward".

This tower was built in 1238 and 1272 by Henry III to provide additional protection to the Tower of London, it was making the many improvements of this citadel of downtown London. It was reinforced in 1381 under Richard II following the revolt of the peasants, when Richard and his mother Joan, countess of Kent, had to take refuge in the tower of London.

The building still retains its original form of two cylindrical towers, although the height was increased at the end of the medieval period and at the end of the eighteenth or early nineteenth century. The magnificent medieval mural on the first floor of the Byward Tower is the only decorated medieval interior surviving throughout the Tower of London. Painting is not accessible to the general public, but relates the story of the death of Christ on the Cross. The central figure of the Crucifixion is alas lost, destroyed by a chimney fire, but the figures of the Virgin Mary and St John the Evangelist in mourning still survive. The paint is covered with gold leaf and expensive pigments such as azurite (blue), vermilion (red) and lake (dark red). It is believed to date from the 1390s, during the reign of Richard II, whose patron saint was St John the Baptist.