﻿ ﻿ Visit the bridge of Mostar

Visit the bridge of Mostar

The old bridge of Mostar, locally known as " Stari Most", is not only a symbol of friendship between peoples, it is also a tourist landmark in Bosnia. In fact, it's even the only known tourist destination in the country, outside the borders. No doubt there have beautiful places to visit on site, but it takes many find that they are less known than the Old Bridge in Mostar. 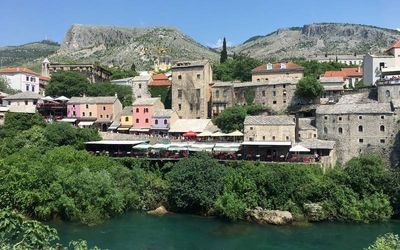 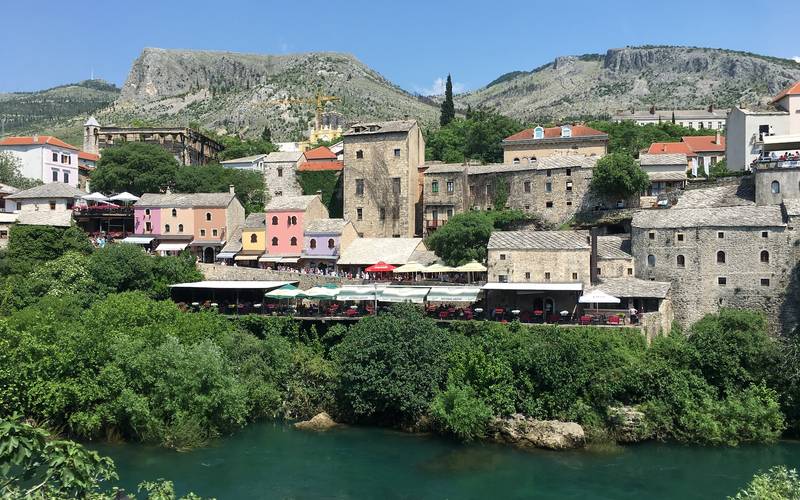 The bridge is free, simply. It is a simple bridge, there are no rights to pay to cross it.

Most of the time visits to Mostar are made through a trip to Dubrovnik or Split. From there, take the inner road through Imoski , it is the most direct. You will have for around 2:30. If you prefer to go by the coastal road, count instead 3:30. The distances are rather short, but the times are long because of the poor quality of the road infrastructure, but also because we are in a very mountainous region.

Learn more about the location of Mostar

To go to Bosnia and Herzegovina you will need to have a valid identity card, simply. Be careful, if you want to drive, make sure that Bosnia is one of the countries for which you are insured, some insurance do not support this country. This is true even if you rent a car on site, of course.

Mostar is not a very populated city (just over 120,000 inhabitants), but it is spread out. And as your center of interest, as a tourist, is the historical center you will have to follow the road signs that change from time to time to park. In high season the crowds are huge, do not try to get near by car.

The old bridge of Mostar

The old bridge of Mostar 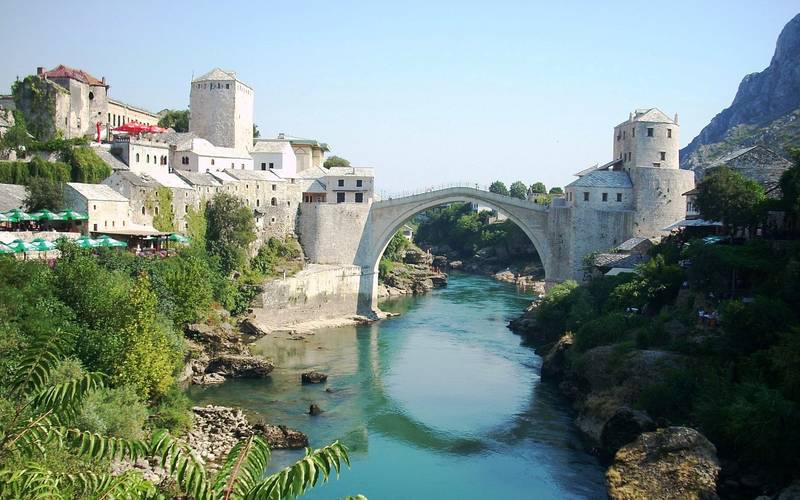 View on the old bridge of Mostar

When you are in the historic center you will inevitably pass on the bridge, but this monument, as symbolic as it is, is only a simple bridge. So to see it, do not stay on it. Fortunately the banks of the Neretva are sometimes wide, you can find beautiful views in several places. The houses closest to the bridge and overlooking the river bed have often been converted into restaurants, bars or hotels. For the best point of view, do not hesitate to stop at a table. 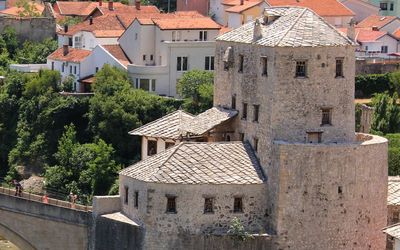 The museum of the bridge

The museum of the bridge 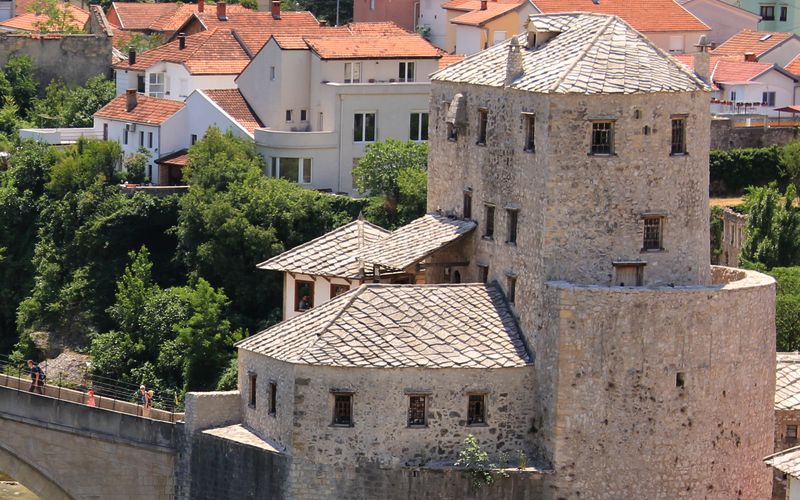 View of the Tara tower, on the left bank of the Neretva, which houses the museum.

The bridge has its museum! It is a stone's throw away, in the tower Tara, the tower that is east of the Neretva. It occupies the entire space of this large building, on 5 levels. The only exception is the ground floor which is partially occupied by the Islamic Cultural Center bookstore. It must be said that on this side of the river, we are in historically Muslim land in the Bosnian neighborhood.

We learn the reasons for its construction, its history over time, and especially the recent episodes of the 1991 war. Many videos present its past, its destruction (1993) and its reconstruction (2001-2004).

The museum has a shop.

The city of Mostar, though rather small, has good tourist facilities. Near the bridge you can also visit the Turkish house , a typical Turkish house that is said to be the oldest house in the city. It offers a beautiful panorama of the river and, further, on the local landscape. In the center is the old bazaar , a typical market where the tourist is not systematically solicited and where the prices are acceptable, in spite of an inevitable increase related to the increase of the tourism. History buffs will travel to the Neretva hotel , an old hotel dedicated to Tito. It was heavily bombed during the war and the municipality decided, for now, to leave it in state as a testimony of the war. Seeming ready to collapse, it is rather surprising, in the landscape.

Another thing to visit in Mostar, the peace tower . It is a 107m high bell tower, making it the tallest building in the city. It is next to the Franciscan Church Saints Peter and Paul. You can enter and even climb to the top, by the elevator or the stairs. The view at the top is 360 °, it is the most interesting view of the whole city. A visit to the old bridge of Mostar should not go without a stroll in the city center, nor a climb in this tower. Otherwise, there are also various other things to see in Mostar, including the Biscevic House . It is an authentic Turkish house with a richly decorated ceiling, centered around a very pleasant inner courtyard.