﻿ ﻿ The museum of Bartholdi, at Colmar

The museum of Bartholdi at Colmar

NOTE: This text is from a presentation booklet issued by the museum itself.


Birth of the museum

Auguste Bartholdi, witch seven of monuments, erected between 1856 and 1902, still adorn Colmar for which they had been specially designed eponymous was in her lifetime, street (1888) and, what is less known, en the Unterlinden Museum, opened in 1898 in which was displayed a large collection of her works, the embryo of the future Bartholdi museum, created in the following circumstances. 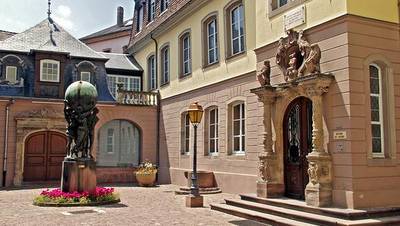 The entry of the Bartholdi museum, at Colmar

The entry of the Bartholdi museum, at Colmar 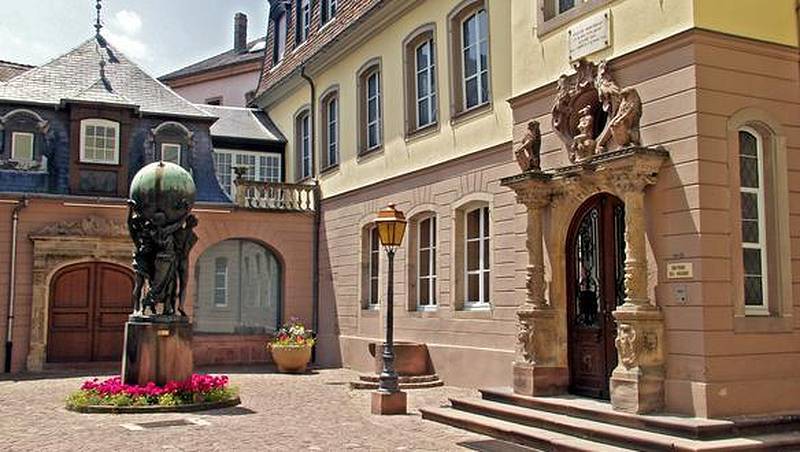 The museum Bartholdi of Colmar

On Sunday, May 26, 1907 afternoon, in the presence of Jeanne-Emilie Bartholdi, the artist's widow, was inaugurated, Water Tower Park in Colmar, a memorial of Auguste Bartholdi, the sculptor who registers in line the great local figures that her art had contributed to exalting. The memorial was funded from the proceeds of an international fund, launched in 1905 by a Colmar committee formed for this purpose. It was at once formed a committee in Paris and New York. Designed by Hubert Louis-Noël (Rumenghem, near Saint-Omer, 1839 - Paris, 1925), a disciple of Bartholdi, the monument consists of a pink granite pedestal adorned on the sides with an allegorical bas-relief bronze and topped with a bronze statue in the image of deceased sculptor.

The stay in Colmar Jeanne-Emilie was motivated by yet another case. A month later, on June 25, in front me Kubler, notary, it was donated to the City of the birthplace of her husband burning house, located 30 rue des Marchands, with all its contents (furniture, library, works of art, etc.) as it would be made on the death of the donor. It added, all moveable objects in her home in Paris, 30 rue d'Assas, or stored elsewhere in the day of her death, including "all the works, sculptural and architectural models [sic] the paintings, engravings, collections, artifacts, etc., that belonged to her husband and had to be transported in the building given to the City "; it will be called "Bartholdi Museum"; remain to commercial use exclusively, and final condition stipulated by the dear widow, frowning at the place of impeccable character, "the person responsible for the conservation of the museum should always be Protestant and being born in Alsace-Lorraine Alsace-Lorraine parents also Alsatian-Lorraine origin and a first Colmarian "!


Creation of the collections

Jeanne-Emilie Bartholdi died in Paris on October 12, 1914. Since 1909, a number of art lining the Parisian apartment or belonging to the artist's studio collection had been sent to Colmar. Interrupted during the war certainly, transfer of property - at least those for inclusion in the Colmar museum, because there were bequeathed to other institutions - will continue after the conflict and will end in 1919 . Meanwhile, the collections of works of art exhibited in the "Bartholdi room" of the Unterlinden Museum, had been transferred too, at 30 rue des Marchands. Opened November 18, 1922, opened to the public the next day, then occupied the new museum, on three levels, the north and west wings of the building.

A series of photographs taken at the time, testimony to the first development of the former living quarters converted to "permanent exhibition hall." The private apartment of Charlotte Bartholdi, the sculptor's mother, had been preserved; Moreover we had contrived to rebuild part of Parisian life - opulent - of the artist. On the ground floor, a large room, called "model room" was devoted to the exhaustive and careful presentation of very numerous models of statues and monuments (terracotta, plaster and gray soil) or the precious studio collection the sculptor, still intact. 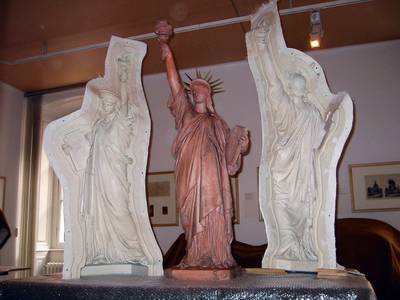 The mold of the statue of Liberty

The mold of the statue of Liberty 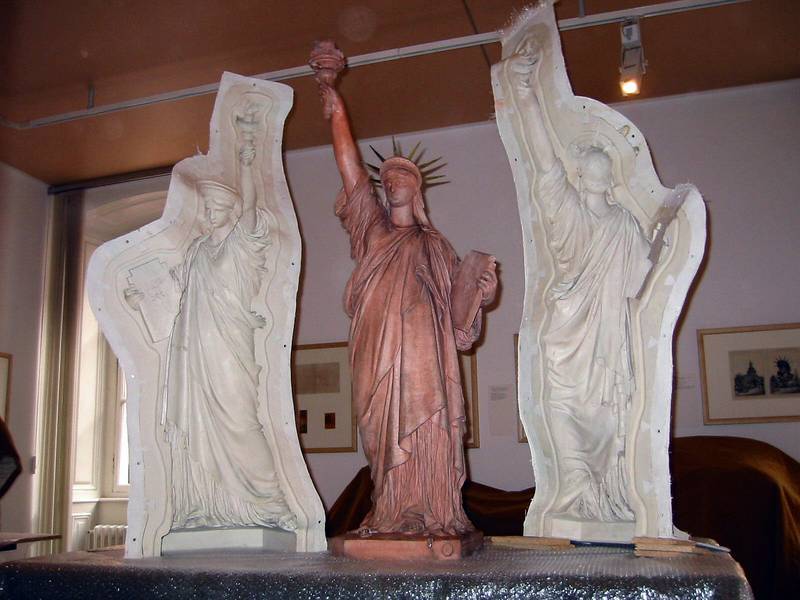 Main object : The mold of the statue of Liberty

As of 1950, the widespread disinterest in whole sections of the nineteenth century art in general, and particularly sculpture, first consequence was the assignment of "model room" for temporary exhibitions of contemporary regional painters, and was due to the relegation of a large number of works in various Bartholdi reduced, not without damage and losses. In 1960, the finding of a steady and alarming decline in revenue entries, some considered simply decommissioning and transfer of the museum collections in "one or two rooms" ... of the Unterlinden Museum! Whereas such decision "precisely would go against the will clearly and explicitly expressed by the donor", the service Litigation Hall Colmar formula "serious reservations". Wisely, we stuck to close the museum.

In 1979, the facility will be reopened, considerably transformed. The survival of the museum, which prevailed luckily he was required renovated. However, it is permissible to deplore some drastic interventions who denature needlessly and irreversibly the old appearance of the place.

Since, refreshments and expansion of exhibition rooms, restoration works and acquisitions, organization of thematic exhibitions with catalog support, encouraged by the city of Colmar and supported by national and regional cultural bodies and by the Company Friends of Bartholdi Museum (SAMBA), contribute to the preservation, enrichment, collections of deployment, as well as to radiation of art and the name of Bartholdi.


To be seen: Biography of Auguste Bartholdi.