The tower of Beauchamp is part of the defensive inner wall, it was built between 1275 and 1281 by King Edward I, or rather towards the end of the first works of modernization of the Tower of London. She replaced a twin house that was on site, house built by her father, King Henri III. 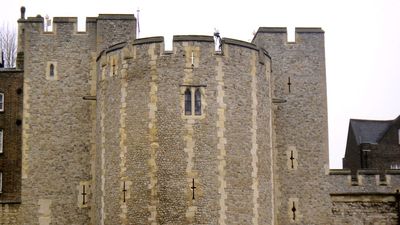 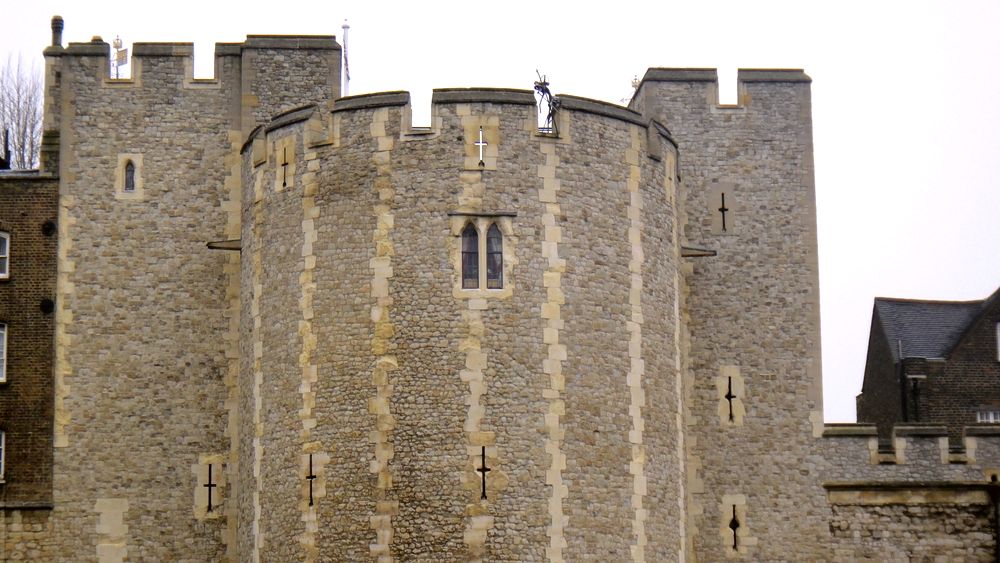 The tower is mainly built of brick, but it was adorned with stones.

In 1851 the Victorian architect Anthony Salvin was appointed to restore the Tower to London and make it accessible to visitors. He made the decision to partially rebuild this tower in a pseudo-medieval style so that it could be opened to the public. He repaired the doors and windows, and recreated the battlements. Then he made improve the exterior facade.

Throughout its long history, the Beauchamp Tower has been used as a prison for high-ranking personalities. Its large size and location close to the Lieutenant's dwellings, now the Queen's House , have made the Beauchamp Tower perfect for lodging important prisoners. Lady Jane Rochford, wife of Queen Catherine Howard, the fifth wife of King Henry VIII, was incarcerated in the Beauchamp Tower before the trial. The confession of Lady Rochford within her walls contributed to bring about the tragic death of Catherine Howard. It was said that his interrogation had made him mad. Lady Rochford was decapitated near the Tower on the same day as Queen Catherine, on February 13, 1542.

The Beauchamp Tower is the most famous of the towers for its graffiti which were carved between the 16th and 17th centuries, a period of religious and political upheavals, when the Tower of London became the largest state prison in the country. Among the many inscriptions to be read on its walls, there is that of Lady Jane Gray, Queen of England for nine days. From her window near the Queen's House in the Tower on February 12, 1554, Lady Jane, aged seventeen, watched as her young husband left the Beauchamp Tower to his place of execution at Tower Hill. She saw her mutilated and bloody body handed over for burial at St. Peter Ad Vincula Chapel. It was executed the same day, a little later.

The most elaborate inscription is in memory of the five Dudley brothers who were imprisoned in the Beauchamp Tower, including Lord Guilford Dudley, husband of Lady Jane Gray. The flowers around the arms of the Dudley family represent the names of the four brothers who were imprisoned in the Tower between 1553 and 1554, due to their father's attempt to put Lady Jane Gray on the throne. The roses are for Ambrose, carnations for Guildford, oak leaves for Robert, acorns for Robur and honeysuckle for Henry. All four were condemned under the charge of treachery in 1553, but after the execution of Guildford, they were forgiven and released.

Before his execution Guildford Dudley asked his wife Lady Jane Gray, also imprisoned in the tower, that they see each other. Jane refused, saying, "It would only increase his misery and pain, it is better to dismiss him ... as they would soon meet elsewhere, and would live bound by indissoluble bonds." Towards ten o'clock in the morning, on February 12, Guildford was brought from the Beauchamp Tower, out of the Tower and to Tower Hill for execution, where "many gentlemen" waited to shake his hand. He made a short speech to the assembled crowd, as was done at the time. He then kneeled down and prayed, asking the gifts to pray for him, "holding his eyes and hands to God several times", he was shortened with a hatchet, after which his body was taken to a wagon, his head in a garment, in the chapel of St Peter Ad Vincula. Looking at the sad sight of her window, Jane exclaimed, "Oh, Guildford, Guildford, the bitterness of death!" He was buried in the chapel with Jane who was executed shortly after him