The bell tower is located next to the Queen's House, behind the entrance of the Byward Towers. The tower was built to strengthen the line of defense of the inner rampart. It dates from the end of the 12th century, making it the second oldest tower after the White Tower. Of Norman style, it was perhaps built under the orders of King Richard Coeur-de-Lion (1189-1199). 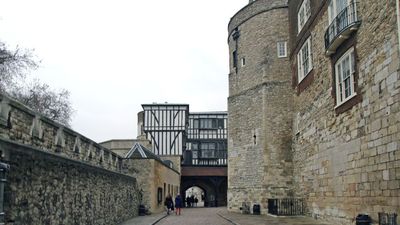 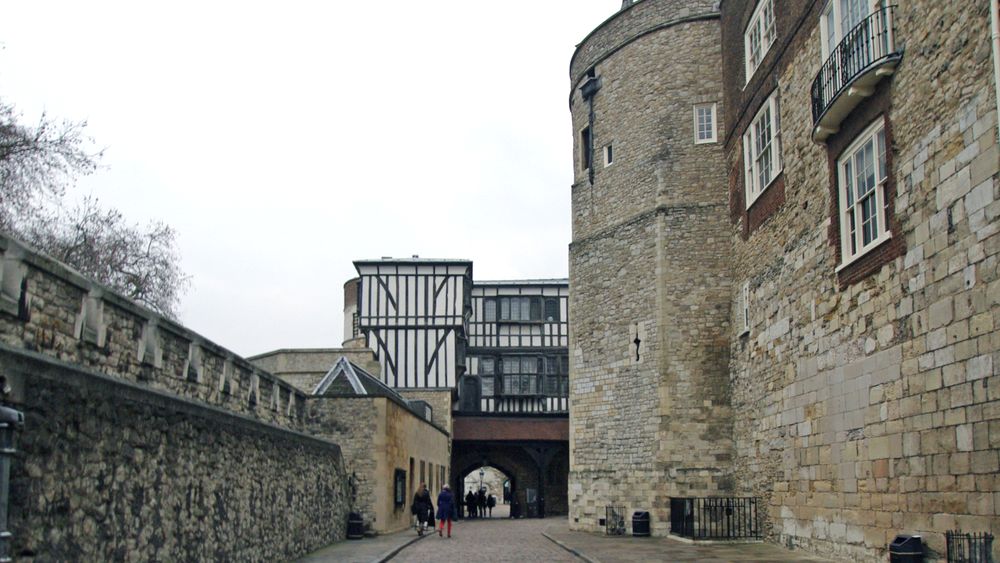 The tower of the bell takes its name from the small wooden turret located at the top of the tower which contains the "curfew bell" used to inform the prisoners, given the freedom they had in the tower, it was time to return to their neighborhood. Today it rings at 5:45 pm each day to warn visitors that the Tower is about to close.


Several famous prisoners were detained in the bell tower under the Tudors, including Sir Thomas More, Bishop John Fisher and Princess Elizabeth. More and Fisher were sent to the Tower by Henry VIII after their refusal to recognize the Act of Supremecy, which made the monarch the head of the English Church, separate Church of Rome.

King Henry decided to divorce his first wife, Catherine of Aragon, to remarry with Anne Boleyn. The Pope could not grant Henry the annulment requested, for Catherine's nephew, Charles V, was the powerful Roman Emperor and, incidentally, King of Spain, so he could not decently grant him.


The prisoners of the bell tower

Sir Thomas Morev, Lord Chancellor of King Henry VIII and author of Utopia, spent a period in prison in this tower. Catholic fervor he refused to take the oath of the Act of Supremacy. On April 17, 1534, he was imprisoned in the tower. At first the imprisonment of More was not excessively severe. His family was allowed to bring him drinks and warm clothes. His wife Alice and her daughter, Margaret, were allowed to see him regularly. However, as he stubbornly refused to sign the oath, he was denied all the comforts he had: fire in his cell, food, warm clothes, books and tools, writing. On July 1, 1535, More was tried at Westminster, accused of high treason and sentenced to death. More was executed at Tower Hill on 6 July 1535. He is buried in the chapel of the tower of St Peter ad Vincula.

The tower of the bell also received on April 16, 1534, the Catholic martyr John Fisher, bishop of Rochester, who was incarcerated over More's dwellings. Fisher was the only English bishop who had refused to take the oath, and as they were captives in the same tower they were able to communicate by messages sent by their servants. The Pope promised to appoint Fisher Cardinal, so Henry, annoyed, declared that Fisher would not have the slightest head to wear his cardinal's headgear. The trial of Bishop Fisher was held on June 17, and he was convicted and executed on June 22, 1535.

Princess Elisabeth (the future Elizabeth I) was also sentenced to prison in the bell tower at the age of 21, under the reign of her elder sister Mary I. Suspected of participating in the Wyatt rebellion, Elizabeth was arrested and taken to the Tower of London by boat, landing at the gate of the traitors. The princess angrily proclaimed that she was not a traitor. However, she had no choice but to enter, passing to the level of the art of the bloody tower by which she could see the scaffold of the execution of Lady Jane Gray, also involved in the Wyatt rebellion.

Elizabeth was allowed to go out along the ramparts adjacent to the Beauchamp Towers and the bell, a passage known as the Elizabeth Drive. Finding no evidence of Elisabeth's involvement in the conspiracy, Mary was finally released. Her confinement to the Tower of London was a terrifying experience for her.