The gate of the traitors is the second entrance to the Tower of London, the one by which no one wished to pass. It is a maritime entrance, so it can only be used by boat. It is under the St. Thomas Gate which was built to provide additional royal accommodation. 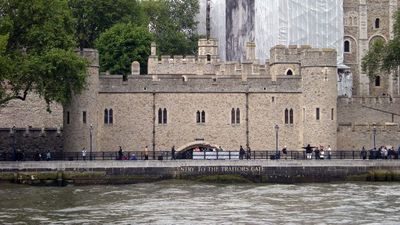 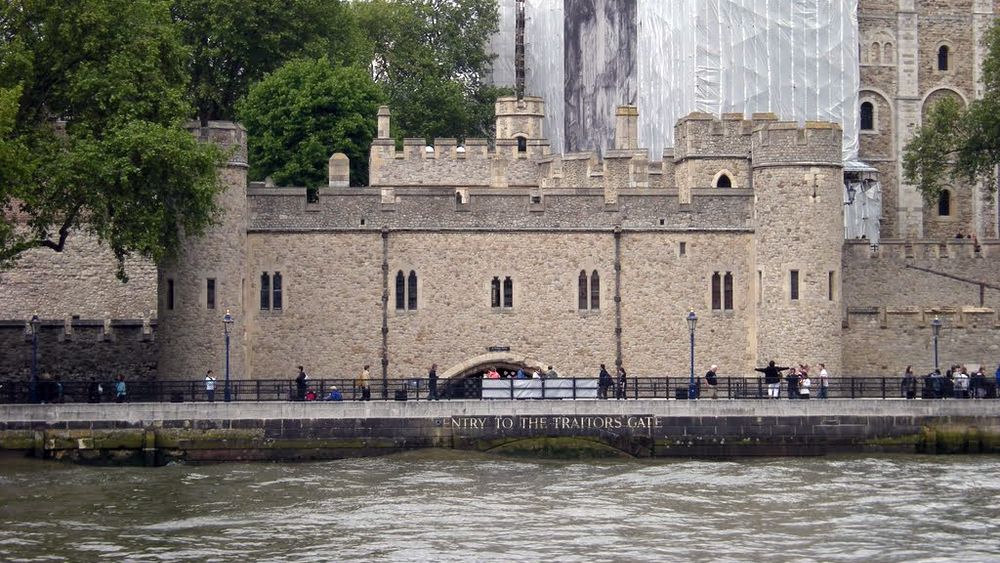 The door was designed by medieval architect James James of St George on the orders of King Edward I between 1275 and 1279 to provide a new door by which King Edward could arrive at the Tower by the Thames. He built rooms for his personal comfort, it was his personal residence. When he was there he always had a boat to go out directly by the river, without having to go through the usual gates.

Over the following centuries, as the Tower of London became increasingly a prison for state enemies accused of treason, it acquired its current name of "Traitors Gate" because of the number of prisoners accused of treason which are passed through. The prisoners were taken by a barge along the Thames, passing under the London Bridge, where the terrible heads of the prisoners recently executed were displayed on pikes.


The prisoners pass ... and die

In the time of the Tudors of famous political prisoners such as Edward, the Duke of Buckingham, Queen Anne Boleyn, Sir Thomas More, Queen Catherine Howard, Tragic Lady Jane Gray, Seymour, Duke of Somerset, Princess Elizabeth I, Robert Devereux, Earl of Essex and James, the Duke of Monmouth, the wandering son of Charles II, all entered the Tower through the door of the traitors.

Anne's behavior during her time in the Queen's House ranged from resigned calm and hysteria to moments of depression. Sometimes, laughing, began to cry uncontrollably. It was executed on May 19, 1536 and was buried in the chapel of St. Peter ad Vincula.

Anne's daughter, Princess Elizabeth, future Queen Elizabeth I, also had to cross "Traitors Gate". His half-sister Queen Mary, the daughter of Henry VIII's first marriage with Catherine of Aragon, ordered Elisabeth's arrest, believing her to be involved in Wyatt's rebellion. Elizabeth was captured on Palm Sunday 1554 and was led by barge to the Tower. The fate of her mother, Anne Boleyn, who had been executed on Tower Green three years before, had to be in her mind as she walked through the door.