﻿ ﻿ Copy of the statue of Liberty at Brooklyn, New-York

Copy of the Museum of Brooklyn

The replica that is on the car park of the Brooklyn Museum has a special history. She is one of the earliest aftershocks that were made shortly after the construction of the real statue. But it has another feature: It is the largest copy that exists in the world, right after the original statue. Even the Statue of Liberty Island of Swans in Paris is smaller.


Origine of the statue 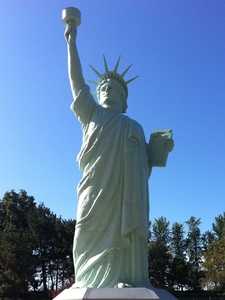 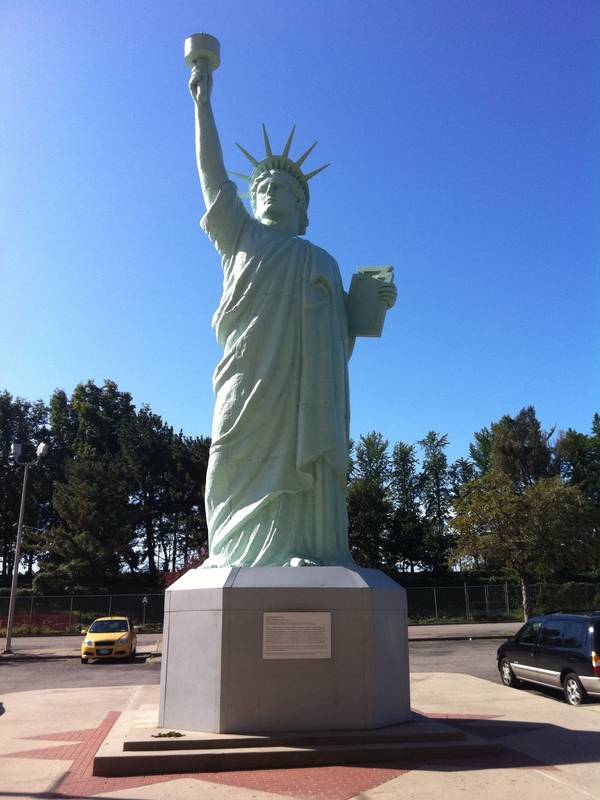 His story begins in 1902, she was commissioned by William H. Flattau which, as its name does not indicate, was a Russian immigrant. It owns a warehouse located at West 64th Street (which angle to Broadway), the "Liberty Storage Warehouse Building", wished to have a replica of the Statue of Liberty as a symbol. And as the United States did not do things by halves, he sent a bunch of workers measure the original statue on Bedloe's Island. They designed a model on paper and then a 90cm reproducing as faithfully as possible. Then they sent this reproduction to an Ohio foundry for them to realize the statue on the scale required by William H. Flattau: 17m high! It was achieved by 35 plates 6mm thick which were assembled on top of the warehouse. Mr Flattau in organizing the visits, he even replaced the torch with a real torch whose light was seen to 2Kms around. The interest of visitors were the beautiful view of the city of New York, for which was blocked by the construction of an apartment building in 1912. The statue was therefore most visited, especially a storm had damaged that year.

The statue was abandoned until the early 60's when the area was remodeled. She was then transported in the parking lot of the Brooklyn Museum, where it remains. Note that this is not a perfect copy, the facial features of this replica does not match the original. We must also say that this is one of the hardest items to replicate, and one that is seen most if it is not fully in line.

Copies of the statue of Liberty in the world