﻿ ﻿ Symbolism of the statues of Easter island

Symbolism the statues of Easter island

The statues of Easter Island did not give us all their secrets. In fact, it is difficult even to affirm the purpose of their edification because the indigenous people, the Rapa Nui (also called " Matamua " or " Haumaka " ), were simply exterminated at the end of the nineteenth century, reduced to slavery . Those who remained submitted their cultures through oral tradition and have undergone the cultural mix and organic by the massive arrival, always in the late nineteenth century, a strong Polynesian community Christianized then E uropéens. Nowadays there are several thousand people, but none have the secrets of these statues. 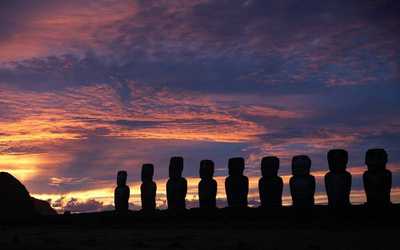 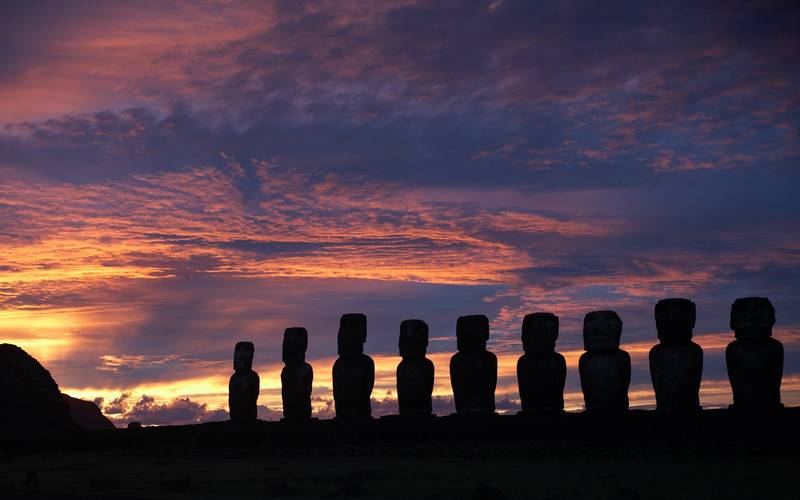 
The estimated reasons for their constructions

However archeology informs us quite well since this science teaches us that the people having landed on Easter Island, around 1200 AD, practiced the ancestor worship. This worship consists in venerating not a god but the ancestors of a community. It is obvious then that the Moaïs symbolize the ancestors.

Their provisions on the island confirm this fact. They are all, with the exception of one, placed on the coast and turned towards the interior of the island, where the inhabitants lived, a little as if they were watching them. If they had had a protective role they would have been shot most likely to the ocean.


Their symbolic roles at the time of the god Make-make

Once the cult of ancestors abandoned the Moais no longer symbolized the past, but where other civilizations, such as the ancient Egyptians, did not hesitate to destroy the relics that preceded them, the Rapa Nui decided to keep. Perhaps also because of the difficulty that would have had to put them down, but that was probably not the reason. Some of these statues are now lying on the ground, including and among them some that are not in the quarry, so not under construction or transportation. We can see them as a desire to shoot them down, but it makes more sense to see the effect of a natural disaster. If it seems hard to believe, just imagine that in 400 years of abandonment, many statues were buried at least until the shoulders, when they were complete before. It means weather, precipitation, wind and from a more general point of view the climate is capable of profoundly modifying the surface of the island. It is therefore not absurd to think that some statues could be lying naturally.

That said, if there was no desire to tear down the statues once the cult of ancestors abandoned, the fact remains that the quarry was also abandoned, and that the statues that were in the process of trimming were covered, apparently voluntarily, with debris. One can see there a will to mark the change of worship.


Their roles from European explorers

When the island was discovered, from the late seventeenth century, and until the late nineteenth, the statues of Easter Island were basically seen as its symbol, but nothing more. Curiosity in their regard was not even very strong, the Europeans were not interested in these great statues at the end of the world or at least if he did, their remoteness made them less interesting. It must be said that at the time, and until the twentieth century, civilizations other than those of Europe were mostly seen as curiosities to be analyzed.