The list of the 7 wonders of the world comes from a certain Philon de Bysance, a personage of which we know relatively little that lived between the 3rd and 2nd century BC. He is the author of a document known today as the Palatinus 398, a 10th century document reproducing his text and which served as a basis for our knowledge of these 7 monuments of the ancient world. The Palatinus 398, therefore, is the reference document of the seven wonders of the ancient world. This document was written in Punic, an ancient language lost today.

This document has, of course, a great historical value, it still exists and is in the library of the University of Heidelberg, Germany. It is there because it was the first Western organization that recovered it after its discovery in a monastery of Mount Athos, in the fourteenth century. This document was attested in this monastery from the tenth century, but it is not known where it came from before. After recovering it, it was put in safe place but abandoned during the war of religion, when when Catholics took the city. The document was transported to the Vatican and then recovered by the French after the latter had defeated the troops of the Holy See during the revolutionary period. Then under the Empire Napoleon received an official request from the Vatican to retrieve the precious document, which caused the University of Heidelberg to react. Finally, it was the university that was able to recover it, and that is why it is nowadays.

This university has digitized a large part of its library, so it can be accessed without displacing it. The images below are copies of those on their site: http://digi.ub.uni-heidelberg.de/diglit/cpgraec398/0116. The university has facsimiles of better definitions, the copies below are in a lower resolution. As the Palatinus 398 is a collection of varied documents, it contains many pages. Those of interest are in the chapter 'Pilo Byzantius, De septem orbis spectaculis'. This is the title of the leaflet. 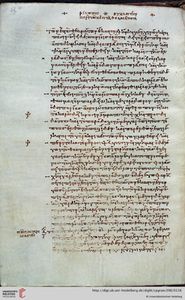 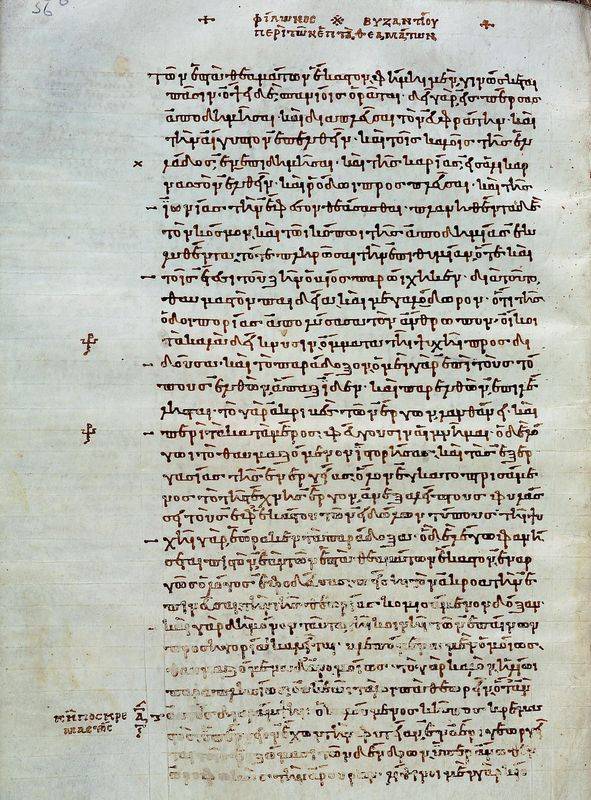 The first page of the Palatinus 398 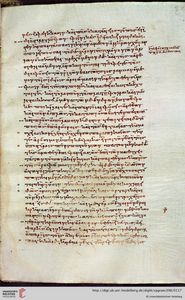 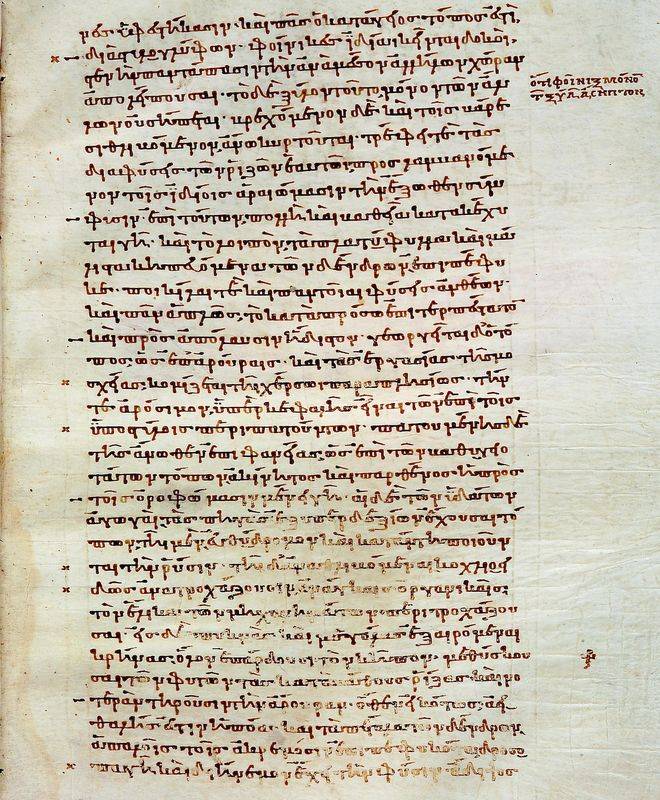 The second page of the Palatinus 398 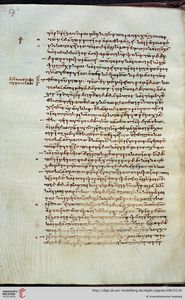 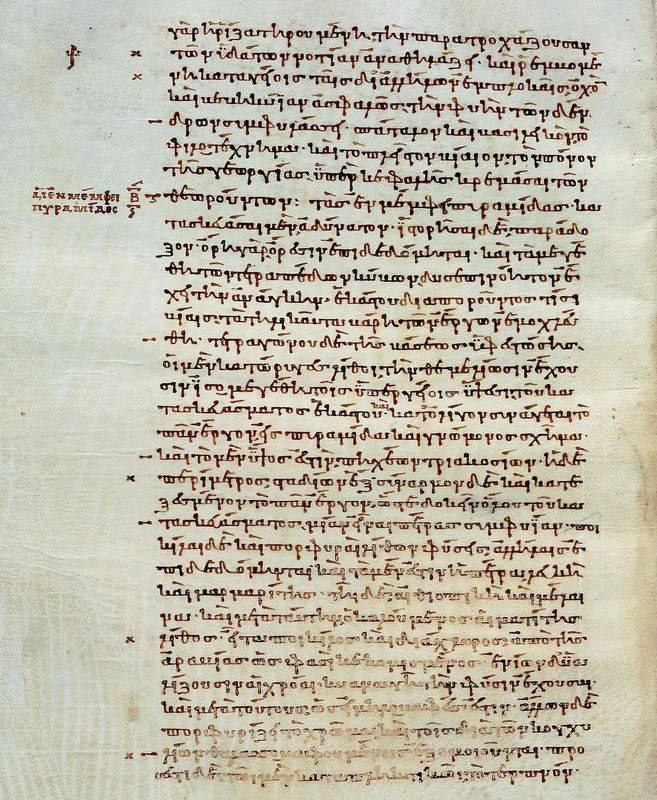 The third page of the Palatinus 398 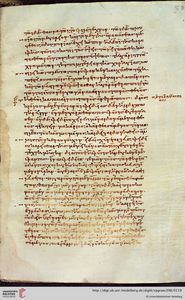 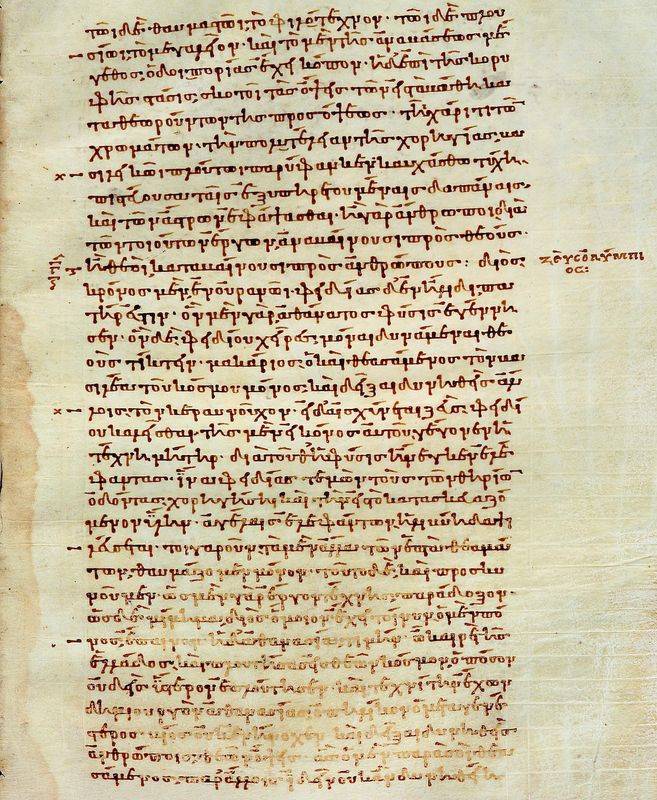 The fourth page of the Palatinus 398 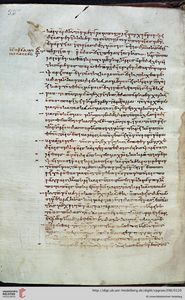 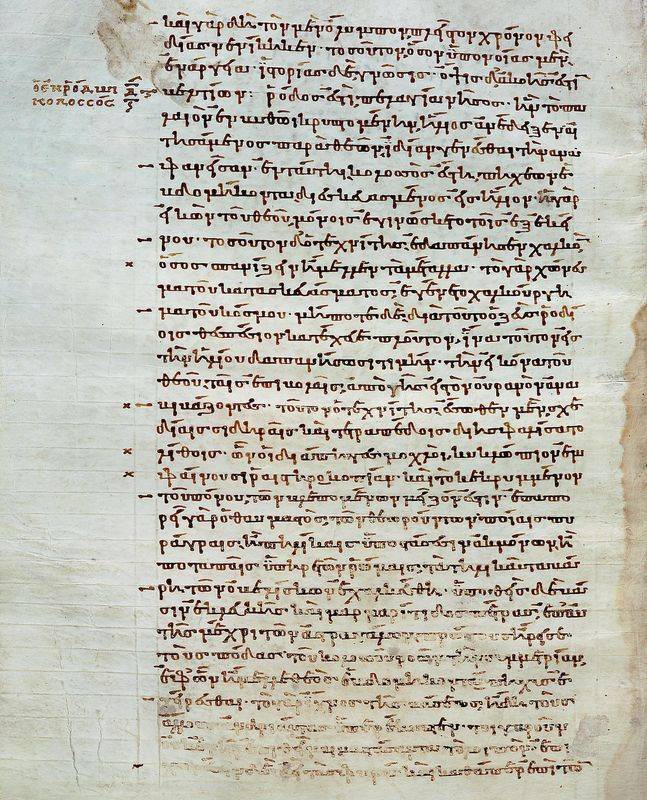 The fifth page of the Palatinus 398 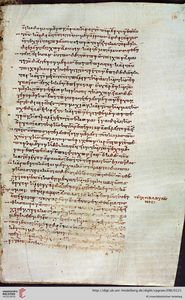 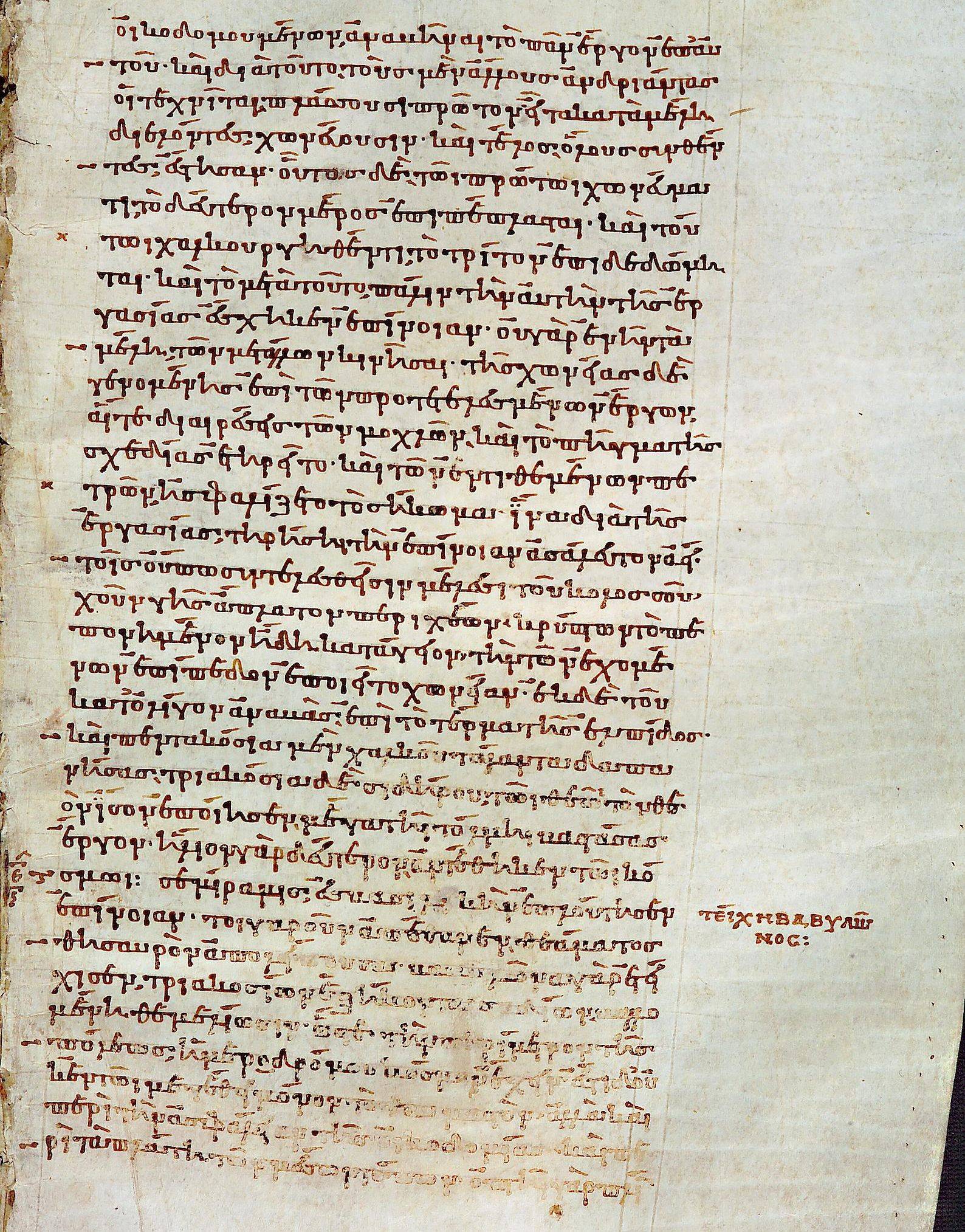 The sixth page of the Palatinus 398 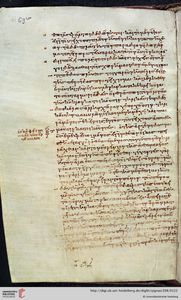 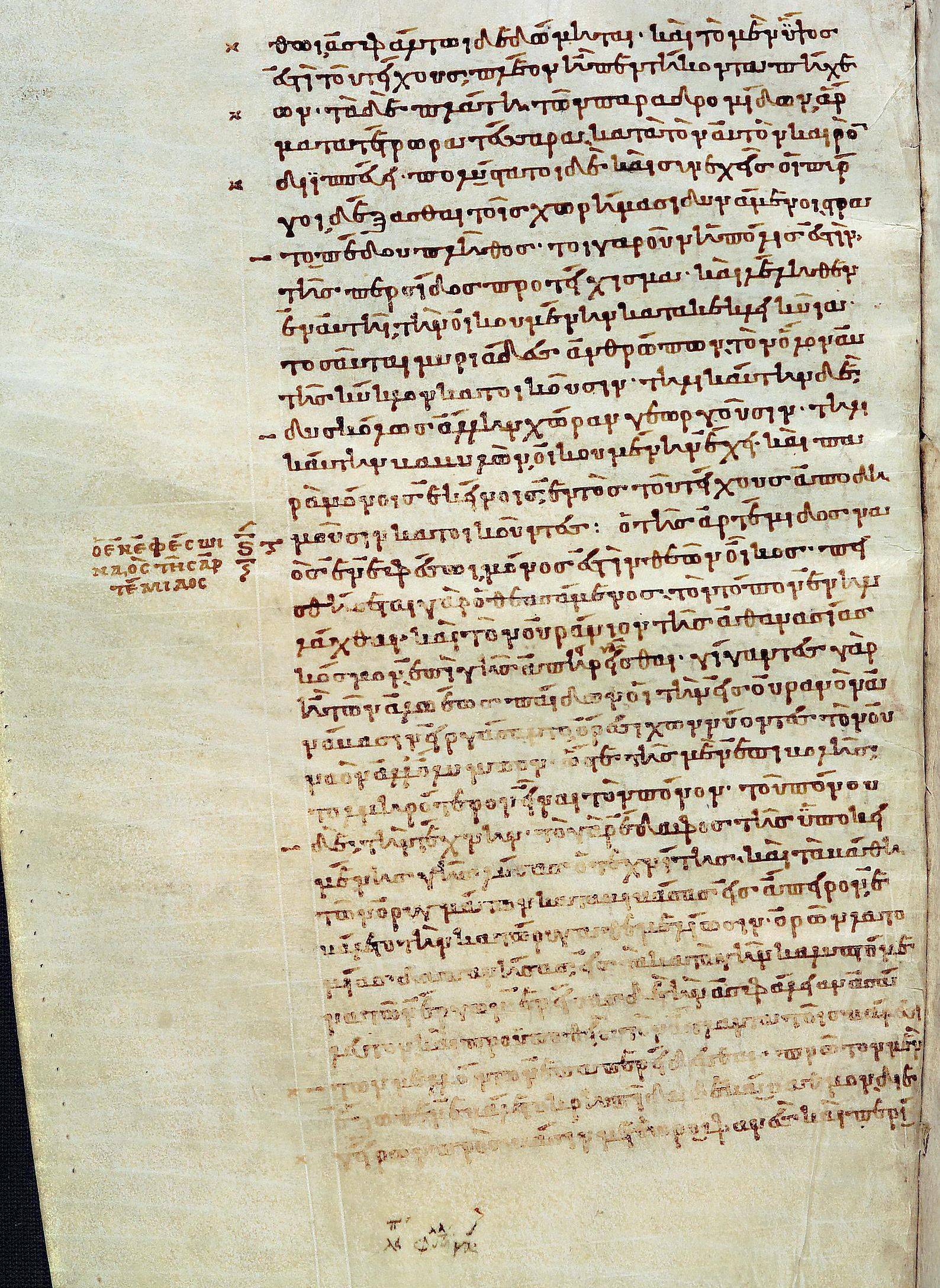 The Seventh page of the Palatinus 398

The specialists capable of deciphering this document are rather circumspect about it. In fact, if it has become the reference document of the canonical list, it is not thanks to its precise descriptions of monuments listed. In fact, there is hardly anything written about them. It starts with a relatively simple general introduction and reviews the 7 monuments on the list. So there should be 8 leaflets, one per monument and introduction, but the last one was lost. It was the one describing the Mausoleum of Halicarnassus. There was also the end of a sentence concerning the temple of Artemis, but obviously about it the loss is not very important. It is of an emphatic style and describes in a simple way each of the seven wonders, without any detail or figure. This is quite normal since it was only a rewriting work on the part of a person who had not actually seen the monuments. Philon de Bysance has never traveled, his list is not a testimony, it's just a compilation of older texts. So you can not really rely on it to get information on these monuments

The title of this booklet is 'De septem orbis spectaculis'. And what marks it is that the lighthouse of Alexandria is not on the list, in its place one sees there the ramparts of Babylon. It must be said that the lighthouse was not built until later, so Philo of Byzantium could not have known of it. On the other hand, the witnesses who saw the ramparts of the Mesopotamian city agree to find them exeptional, which explains their presences in this booklet but also on older lists. So we can ask ourselves why the lighthouse replaced the ramparts, and at what time, but the answer is unfortunately unknown.

If one knows that the Palatinus 398 was written between the 3rd and 2nd century BC it is simply because the Colossus of Rhodes, more recent of the 7 wonders described, was built at the beginning of the third century and that Antipater de Sidon , a Greek poet, has taken up this list in an epigram. Sidon's Antipater died in the second half of the second century, so Philon's list was written between these two periods.