The ramparts of Babylon

Long before the canonical list of the seven wonders of the world was definitely adopted other lists of the monuments that marked their epochs were erected. Some contained the ramparts of Babylon.

This information is not so insignificant as the existence of the gardens of Babylon is contested, and Babylon, the capital of Mesopotamia, was a brilliant city at its apogee under Nebuchadnezzar II. The city possessed several monuments, the main one of which was undoubtedly its ramparts, unanimously described as very impressive. The ramparts of Babylon mask in the writings or in the representations the gardens which are then relegated to the second plane. Also knowing how its ramparts is is it interesting. 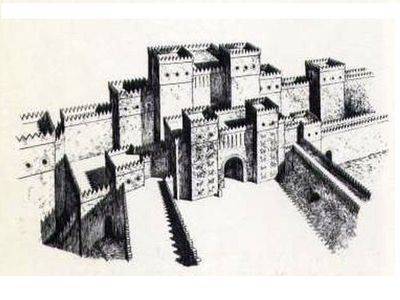 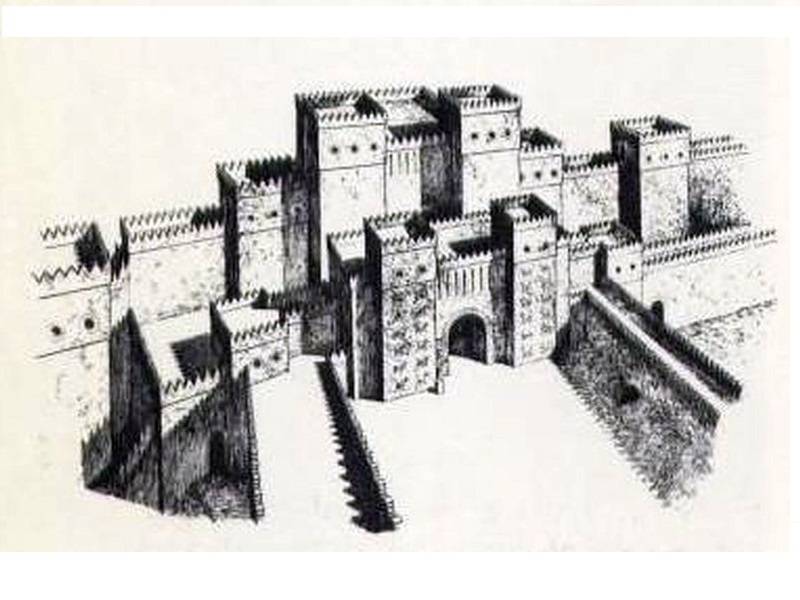 Sketch of the gate of Ishtar, which was along the ramparts of Babylon

Strabo, a famous geographer and historian of the first century BC, describes it. This short text is taken from his book XVI describing Asia, in his series "Geography".

Babylon is situated in a plain. Its ramparts have 365 stages of circuit (about 70 km), 32 feet thick (9m wide) and 50 cubits in height (20m) in the interval between towers, which themselves are 60 cubits high ie 24m). At the top of this rampart a passage has been made wide enough for two quadriges to cross. It is understandable that such a work has been placed among the Seven Wonders of the world.

A quadriga was a two-wheeled tank drawn by four horses. King Mausole was represented on a quadriga on the top of the mausoleum of Halicarnassus, one of the seven wonders of the world.

The archaeological excavations of the site of Babylon show that the walls were preceded by a ditch into which flowed the water of the Euphrates, which passed by. There was a network of canals that made it possible to irrigate the gardens from the ditches. But what is important is that the figures of the ancient authors were largely overestimated since the reality of the ground shows that the rampart did not make more than 8Kms. They were in fact triple: Three rows of concentric ramparts. The smallest was 6.5m thick and was 7m apart from the second. It thus seems obvious that when Strabo speaks of two crossing quadrigas, he must evoke the area between the two ramparts and not their summits.

The rampart was pierced with 8 doors, the famous door of Ishtar represented above. The whole was protected by a network of 120 towers


The ramparts, wonders of the world

Did you know that the ramparts of Babylon were one of the seven wonders of the world? The canonical (ie "official") list does not make them appear, but they replaced the lighthouse of Alexandria in the initial list of the author Philo de Bysance. It is to this little-known figure that one owes this list, and in his time the lighthouse did not yet exist, so he had placed the ramparts of Babylon in its place. The list was later reworked to arrive at the one we know.

But this change does not detract from the fact that the ramparts were on the list of most ancient authors who had made a recapitulation of the principal monuments of the world as he knew it. These lists have divergent spells, and only that of Philo de Bysance serves us as a reference today, but the reality is that the ramparts were almost always quoted.