What a strange spectacle that these impressive and enigmatic pyramids found on the limestone plateaus of the left bank of the Nile, on the Cairo side ... What are they? What were their goals, their roles? And especially how were they built, they seem so big, so massive? 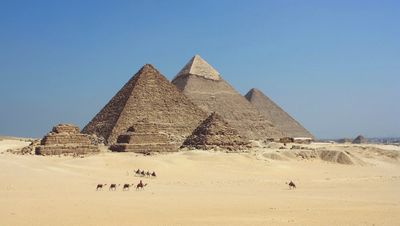 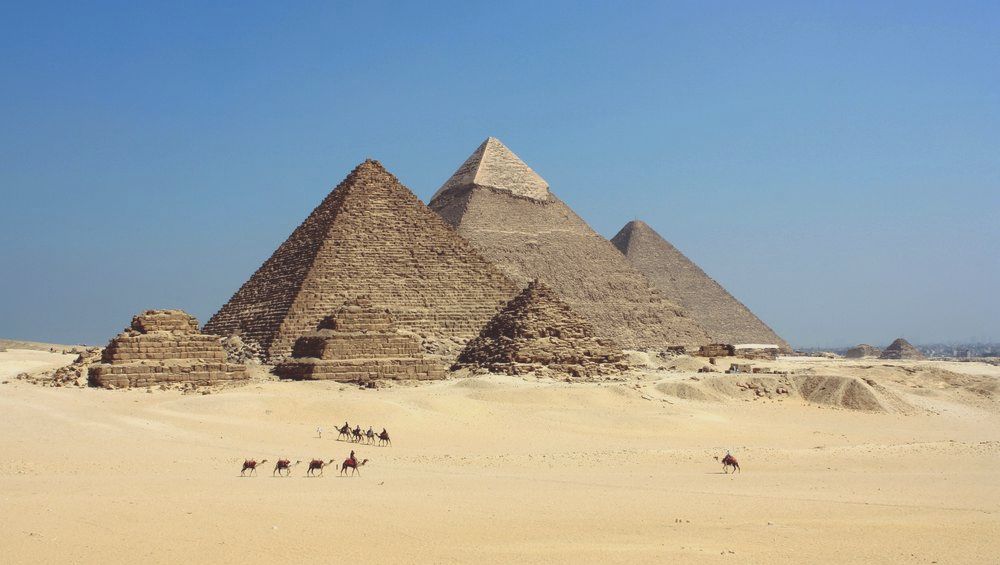 When we talk about the pyramids of Egypt, we immediately have the image of the three pyramids of the Giza plateau, in the center of the necropolis of the same name. Sometimes, we think of the famous pyramid of Djoser, an original pyramid by the fact that it is at degrees, ie made of several truncated pyramids superimposed. But if these are the only images that we have of these pyramids, it is by lack of popularity of other sites, much less known than Giza or Saqqara. It is a serious mistake not to be interested in the other pyramids of Egypt, because they are numerous, scattered over a relatively small territory, and especially they were built during a precise period of the history of Egypt, thus testifying to the greatness of ancient Egyptian civilization.

What more can I say, before delving into the details of these pyramids? Perhaps that of Khufu, giant among the giants, is also one of the seven wonders of the world, and that it is the only one to exist still today, while it is the oldest of all the list , and by far. A guarantee of solidity, probably ...

They are all built, with very few exceptions, on the west bank of the Nile. Normal, it is on the West side that the Sun goes down, so it is associated with the world of the dead. The east bank, it is logically dedicated to the living, it is there that rises the Sun ... and it is on this side that are the cities.

The necropolises are on the left bank, scattered over an area that goes from Cairo to about sixty kilometers below, on several rocky plateaus. The names are known: Abusir, Abydos, Saqqara, Giza are all royal necropolises that are associated with pyramids of Egypt. Saqqara is the one that counts the most, almost a fortnight.

Learn more about the location of the pyramids.


A period of the old empire

If one were to summarize the history of ancient Egypt in a few words, one could simply say that it consists of 3 empires (old, middle and new) separated by intermediate periods during which the unity of civilization got lost. The period of the pyramids took place during the old empire, which goes from -3150 to -2181. Three millennia before our era!

It begins with the attainment of a territorial unit and economic stability allowing the deployment of a sprawling administration. The population living on the banks of the Nile being unified, it is natural that many areas were explored and pushed. Thus sculpture began to produce pieces of great precision, writing became normal and architecture developed. It was the technical progress of this area that allowed the construction of more and more complex monuments.

If the first pyramid came out of the earth to improve the tomb of Pharaoh Djoser, his successors will work to improve the techniques put in place to achieve pyramids with smooth faces. Unfortunately they did not succeed at first: Some of the oldest pyramids are failed attempts. The original form of the rhomboidal pyramid is a proof of it ... Still, from the moment they managed to make one, the technique was reused and perfected, culminating in the golden age of the pyramids, those of the "giant pyramids".

Then there was a return to smaller pyramids, before entering a period of stabilization of the funerary architecture that resulted in the reproduction of the same scheme, with few variants of a pharaoh to the other. Finally came the period of text pyramids, they are pyramids in which texts were written to describe what must happen in the realm of the dead. And it was the end of the period of the pyramids, before the end of the old empire. Some pharaohs of the twelfth and thirteenth dynasties, then of the seventeenth and eighteenth dynasties, resumed the tradition of being buried under a pyramid, but we must see there only a rebound of history due to the will to put the pharaohs concerned in the descent of the ancient Egyptians.


The role of religion ... and the pyramid

During the ancient empire spirituality was an important part of everyday life. One of the anxieties that had to be handled was the passage into the world of the afterlife, which was seen at the time as a simple return to the sources of what we could call nowadays "soul".

And in the imaginary of the time, only the Pharaoh, of divine nature, was able to find the way back, it was he who had access to the primordial ocean, source of all that lives. It was therefore particularly important to make sure everything went well for him in the world of the dead. And to help him, he had to build a special tomb.

Learn more about the role of the pyramids.


The construction of the pyramids

How were the pyramids of Egypt built? This is a central question when we talk about these monuments of antiquity, because we can not imagine the techniques used to mount blocks of two and a half tons to 140m high, as was the case for the largest of pyramids, that of Khufu.

In fact, the specialists are not really sure. Several methods have been considered, and each archaeologist proposes his solution, or ranks with a colleague whose technique he believes is plausible. If there are some inefficient theories, most plausibles use a system of raw brick and wood ramp, ramp that can take many forms depending on the proposals.

Archeology has partially answered the answer, as traces of ramps have actually been found on at least one pyramid. It was three ramps, to be exact, on three different sides of the pyramid. But this technique has constraints, especially on the giant pyramids: A slope that stiffens with the elevation of the pyramid, or a path that extends (in the case where the ramp revolves around the monument). Quite recently an original hypothesis has emerged, and it could well be confirmed in the near future: The pyramid of Khafra would have been built by voluntarily leaving a internal gallery snaking inside the limestone massif, a few meters from the outer faces. The angles would have been open, to take the turns, and once completed, the gallery "service" would have been blocked by blocks. This hypothesis has for the moment been proposed following the internal thermographic analysis of the pyramid, an analysis which showed a sort of spiral ascending gallery and which could result from a gap between the massif and the filling of this gallery.

Learn more about construction of the pyramids.

Learn more about specific construction of the pyramids of Giza.


Pyramids in the cinema

Monuments like the pyramids are so impressive that the film industry was interested in it, and very early on.

In fact, the main problem is getting permission to film because the site is very touristy, so hardly accessible to the constraints of modern cinema. This was less the case in previous decades, so we find more old movies than modern showing the pyramids.

Curiously, it's not the biggest one shown in the movies, most of the time it's Khafra. Why ? Probably because it is "almost" the highest of all, smaller than just 3m tall than her twin from Khufu, and more photogenic. With its remains of limestone coating at the top, it is recognized at first glance.

And besides, the cinema is not the only industry that uses the pyramid of Khafra: As soon as it is necessary to recreate a pyramid of Egypt, it is always she who is chosen! This is the case mainly in amusement parks showing the main monuments in small formation, a style of park quite common in the world.

Learn more about movie pyramids and copies or replicas in the world.

Difficult to know the life of the pharaohs. If one has a fairly accurate idea of their biographies when they reigned in the new empire, it is much more difficult to have information on the decisions made by those of the old empire.

The traces of their activities are mainly found in the texts and engravings found on the main archaeological sites. They allow us to learn the general orientations of their policies, but it remains very succinct.

See the list of personalities, including the Pharaohs, associated with the pyramids.