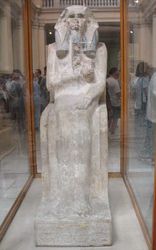 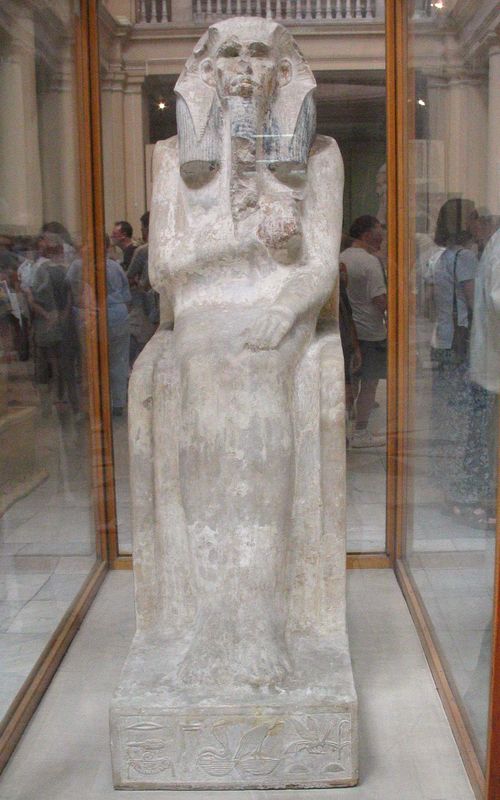 Pharaoh Djoser of the Third Dynasty

Pharaoh Djoser, also sometimes called Djeser, is the first pharaoh of the Third Dynasty. He ruled approximately between -2691 and -2625. These dates may not be entirely accurate because it is difficult to be sure of a reign of which we know relatively little, and which has, moreover, unfolded so long ago.

To situate it, one must know that the Third Dynasty, it is at the beginning of the old empire (-3150 to -2181), a long period of the ancient Egyptian history which goes grosso-modo of the unification of the peoples of the Nile, the dislocation of the Empire and its takeover by an impressive amount of 15 pharaohs in just 19 years.

Djoser is the son of Pharaoh Khasekhemoui and Nimaathpy, his sister, as was practiced at the time. This filiation seems today accepted, which was not the case during the nineteenth and twentieth century. It must be said that research is advancing quickly, in this area.

He married his sister Hétephernebty and together they had two children, Initkaes and Niânkh-Hathor, neither of them will succeed him.

The main information about Djoser's reign is his build skills and his expeditions. But his reign is above all characterized by a period of peace and economic growth, making territorial expansion possible.

One of the first official acts of his reign was the relocation of the capital from Abydos to Memphis. If the two cities were not so far apart from each other (barely fifteen kilometers), this trip marked above all a desire for renewal.

Regarding the expeditions, it was during his reign that was annexed Sinai, an area outside the territory usually occupied, and therefore considered an annexation. The interest of these lands lies in the copper mines and stone quarries found there.

Regarding architecture, it is of course archeology that speaks best. If the centerpiece of his reign and his fantastic funeral complex, with his pyramid to degree, his art was broadcast to several places in the kingdom through buildings that used the large block for the first time in large quantities.

We owe this innovation to Imhotep, Grand Chancellor of Lower Egypt, Royal Prince, High Priest of Heliopolis and Physician. This great character built the famous pyramid and set up the construction mechanisms of large buildings, paving the way for the successors of Djoser for ever more daring constructions. Beyond the technical feat represented by the pyramid to degree, it is especially the multiplication of constructions that marks the reign of Djoser in architectural matters.

The successor of Djoser on the throne was Sekhemkhet.

We have little information on Djoser's religious activity, but a body of evidence suggests that there was a major religious reform under his reign, with emphasis on the Sun God. The funeral complex he built at Saqqara has altars that could be objects of worship in the Sun, proving, by their situations, the importance of the practice of this cult for the pharaoh.


Review of the reign

We must always keep in mind that we know very little about the reign of Djoser, but his record seems quite positive. During his reign peace was established, there was an extension of the territory and the taking over of the mines of Sinai, he established the outline of the future Egyptian architecture and he launched a religious reform which will extend during the centuries to come up.

The most famous statue of Djoser is the one that was discovered in the serdab of his funeral complex, in 1924. It was Cécil Firth who made this discovery.

A serdab is a small room in the tomb, adjacent to the hall of offerings. She was blind, that is to say she had no opening, with the notable exception of a hole of approximately 10cm just in front of the eyes of a statue representing the pharaoh, in full size. In the imagination of the time the Pharaoh had the ability to see through the eyes of this statue, so he had the opportunity to see those who came to deposit offerings.

This tradition of creating serdab in the royal tombs remained in effect for many years.

This statue is carved from a single block of limestone. She presents Djoser in a superior posture, with a strict air. Force is released. He is dressed in a ceremonial cloak and wears the menes, that great headdress striped with pharaohs. He is represented one hand on the chest, squeezing a cross of life, the other hand flat, palm towards the knee. The pedestal of the statue bears hieroglyphic inscriptions: "Nysut-bity", which translates to "King of Upper and Lower Egypt", "Nebty", which represents the two lands, and "Nétjerkhet", or "divine of body".


The pyramid of Djoser

The pyramid of Djoser is the very first pyramid in the history of ancient Egypt, and therefore of all humanity. It is a degree pyramid that is at the center of a funerary complex of great importance. It is located in the necropolis of Saqqara.

Construction of the pyramids