If we stick to a strict definition, an apothem means "the line of construction defining the perpendicular bisector of a regular polygon or the measurement of this segment."

This phenomenon is highlighted on the image below, it is a satellite view of the pyramid of Khufu taken at a time when the Sun marks the apotheque of the West face. Notice the line that divides the west face in two, it's just a shadow. 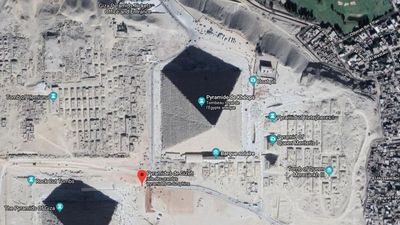 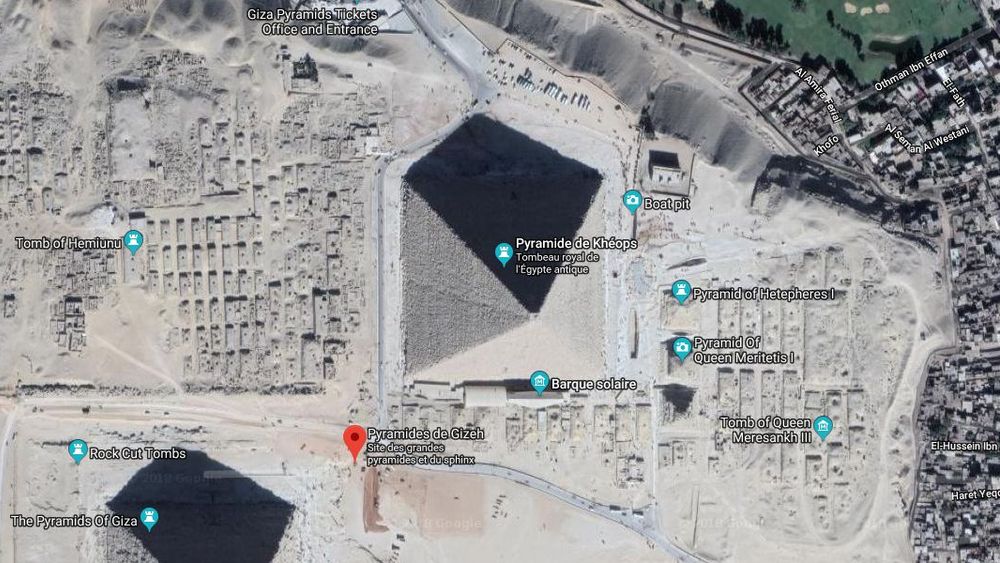 The apothem line, visible from a satellite image

In practice it is a state of fact so little visible that it is only at 4 times of the year: At the equinoxes, when the rising sun, perfectly aligned with the east face, causes the glowing lighting of the South face, and the two solstices, when the Sun illuminates the two faces East and West, a half-face illuminated and the other in the shadow. It is at these moments that we see that the pyramid does not have 4 faces but eight! Note that the other two pyramids of the Giza plateau, those of Khafra and Menkaure, do not have this curvature of the faces.


Below, the photo taken from the book of André Pochan (The enigma of the great pyramid, Robert Laffont, 1971) which was taken from a Royal Air Force plane and which perfectly shows this phenomenon. 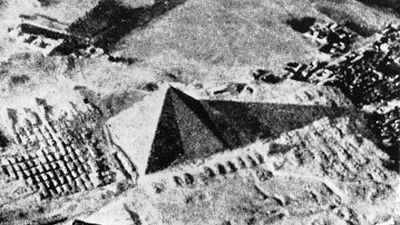 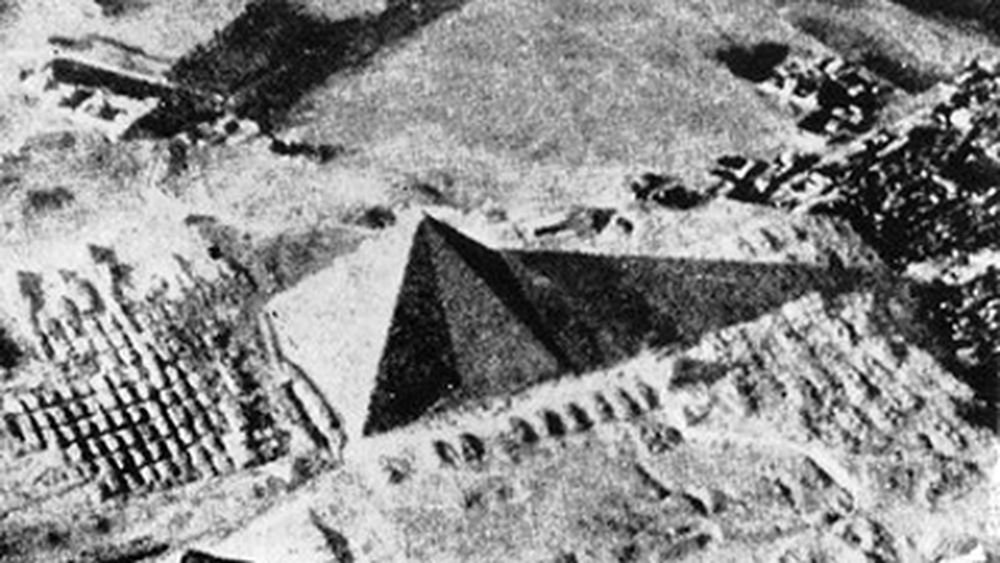