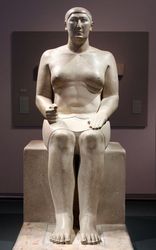 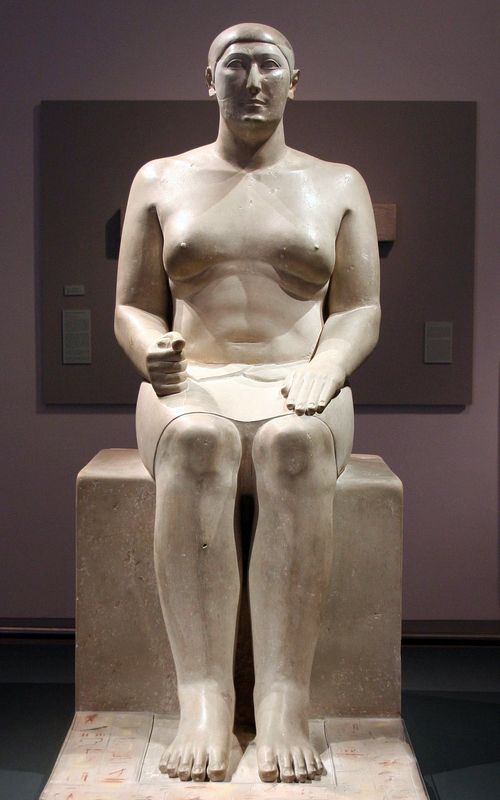 Hemiounou was the vizier of Pharaoh Khufu. A vizier, at the time of the Fourth Dynasty, was the second ruler of the people after Pharaoh.


Origin of the vizier

The post of Vizier was created by Pharaoh Snefru, creator of the Fourth Dynasty and father of Khufu. He is credited with this creation for his son Nefermaat who thus became the first high official of the Old Kingdom.

The vizier was at the same time the confidant, the counselor of the pharaoh, but also the one who obtained the information of the people and who passed them to him. It allowed him to make as informed decisions as possible. It is unknown, but it is perhaps the creation of this post which explains the improvement of the quality of life of the Egyptians during the IVth Dynasty, and which will continue on all the old empire.

Hémiounou was the grandson of Snéfrou. Snefrou was the father of Khufu and the founder of the IVth Dynasty. Snefru had many children including Nefermaat, who was appointed vizier of Snefrou. The latter was the first to create the vizier's post and entrusted it to a member of his family. Nefermaat had 15 children, so Hemiounou, who became the vizier of Khufu.

As vizier Hemiounou was in charge of the construction of the necropolis of Khufu, and more particularly of its pyramid. This is the main reason why history has retained its name. He had himself built a mastaba in the western cemetery of the pyramid, proving the very close connection he had with the pharaoh. This mastaba was explored by the German Egyptologist Hermann Junker at the beginning of the 20th century, he revealed a beautiful statue of the vizier in a sitting position, papyrus on his knees proving his status as a scribe.

This mastaba is coded "G 4000" in the archaeological nomenclature of the Necropolis of Giza. It retains on the lower parts its coating of limestone Tourah, a very white stone that served as a finish to all the buildings of importance at the time. He still possesses some architectural elements such as redans imitating the facade of a palace (as was the enclosure of the funeral complex of Khufu), niches housing false doors, a pool to make the necessary libations to the rites daily papers and some other classical remains in the tombs.

historical context of the construction of the pyramids