﻿ ﻿ The Imhotep Museum of Saqqara

The museum Imhotep is the great museum of the necropolis of Saqqara, the largest necropolis of the ancient Egyptian empire. It houses many tombs of pharaohs and dignitaries and some original temples.

This museum contains beautiful archaeological pieces from the various excavations that have been made on this site. 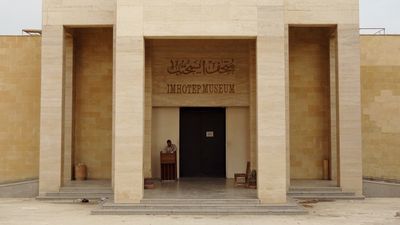 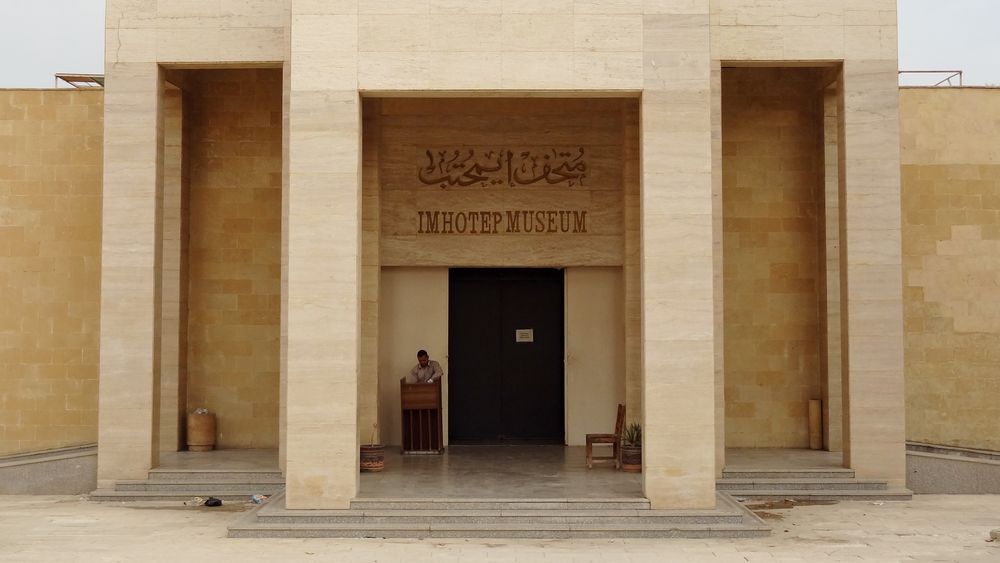 The exhibitions in this museum revolve around six large rooms in which we can admire masterpieces of the site, such as a Ptolemaic mummy discovered by Zahi Hawass during the excavation of the funerary complex of Djoser and a large double statue found near of the Unas complex roadway. The statue represents the high priest of Mut, Amenemopet and his wife, of the nineteenth dynasty.

In the lobby, the visitor is greeted by a fragment of the statue of Djoser on which we can read the name of the king and the architect Imhotep. This find was donated by the Egyptian Museum in Cairo and was only displayed during the first months of the museum.

The Second Hall presents archaeological findings from various excavations on the Saqqara Saqqara Plateau. The pieces presented here are going to turn.

The Third Hall is devoted to Egyptian art and contains vessels, statues and stelae in wood and stone, as well as ancient tools used for the construction of monuments.

The Fourth Hall presents architectural elements of the complex of the step pyramid, such as columns and earthenware of green and blue faience which decorate rooms under the pyramidal complex. A small statue of Imhotep is also in this room.

The Fifth Hall presents artifacts used in the burials of the 6th Dynasty in the New Kingdom. 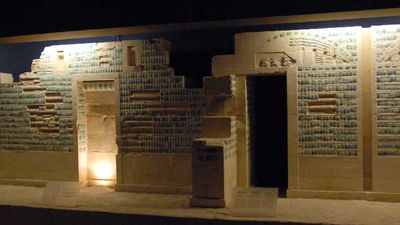 Blue earthenware of a burial chamber

Blue earthenware of a burial chamber 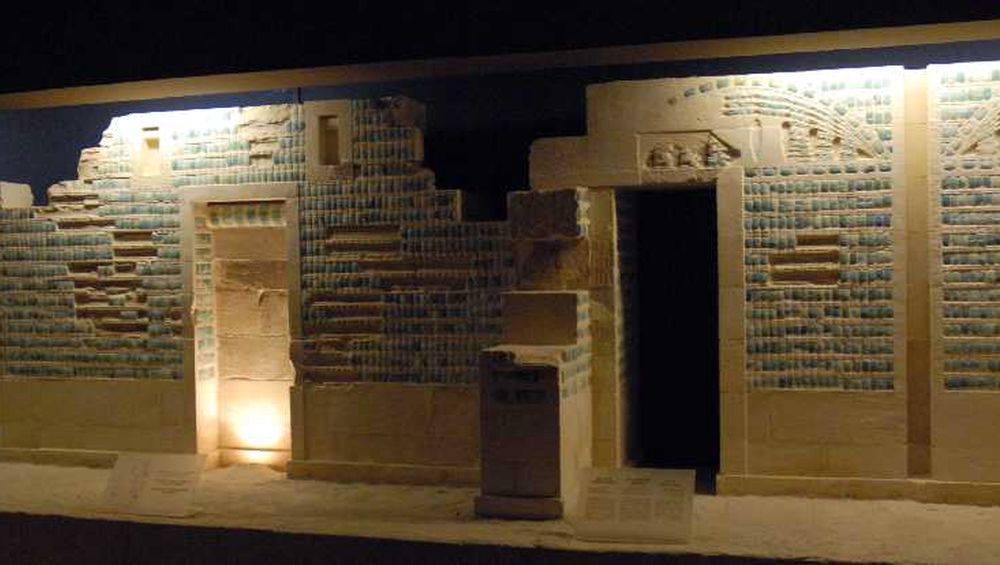 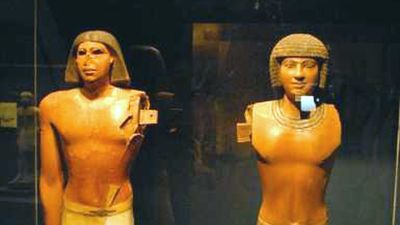 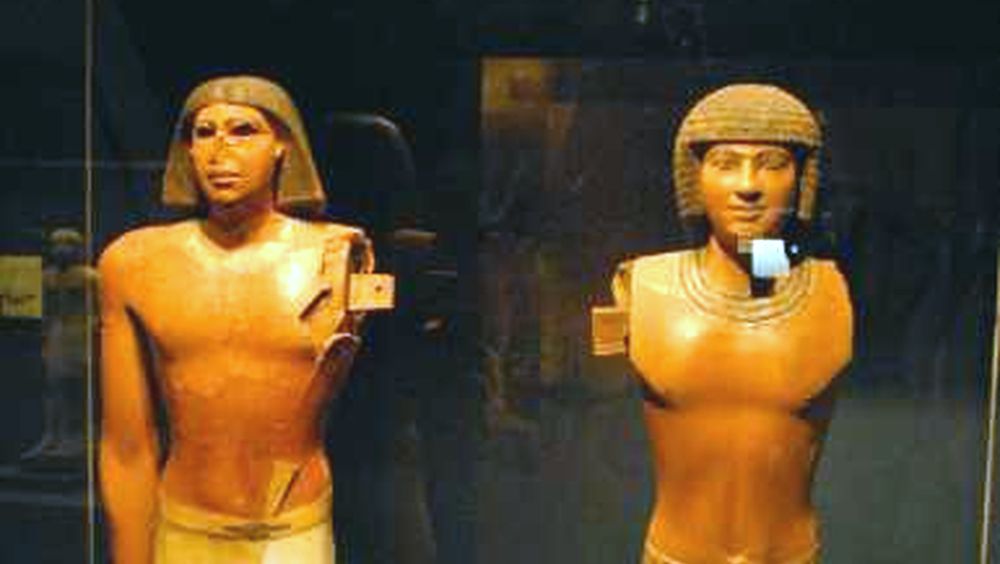 The vizier Ptahotep is represented twice, with different headdresses. He was acting under the reign of King Isési


A gallery dedicated to the French Egyptologist Jean-Philippe Lauer exposes some of his personal effects and photographs of him on the set. Lauer started working at the Djoser complex in the 1920s and continued working there for the rest of his career, about 75 years.

The museum, named in honor of former Egyptian architect Imhotep, was inaugurated on April 26, 2006 by Suzanne Mubarak and Bernadette Chirac. Imhotep is credited with being the first to build a monumental stone structure: the Step Pyramid of Pharaoh Djoser, located in Saqqara, which was built during the Third Dynasty.

The Saqqara site museum project was conceived in 1990, but it was not launched until 1997 when the authorities identified an appropriate location on the plateau where the museum could sit quietly and not not disturb the natural landscape. The construction was completed in 2003.