Curious find that that of an archaeologist, on the site of the pyramids of Giza: A strange group of buildings, perfectly aligned and sectorized, to a few cables of the royal burials. It is a small town that was purpose built to house the workers who have followed each other on the various Giza Plateau sites over time.

This is a major discovery because it made it possible to permanently eliminate the idea that the pyramids were built by slaves: This is false, they were free workers, civil servants, and particularly well fed and treated. 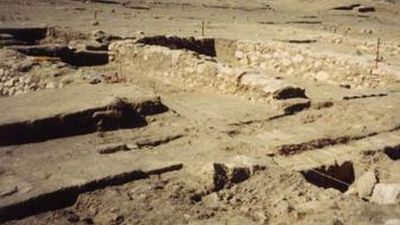 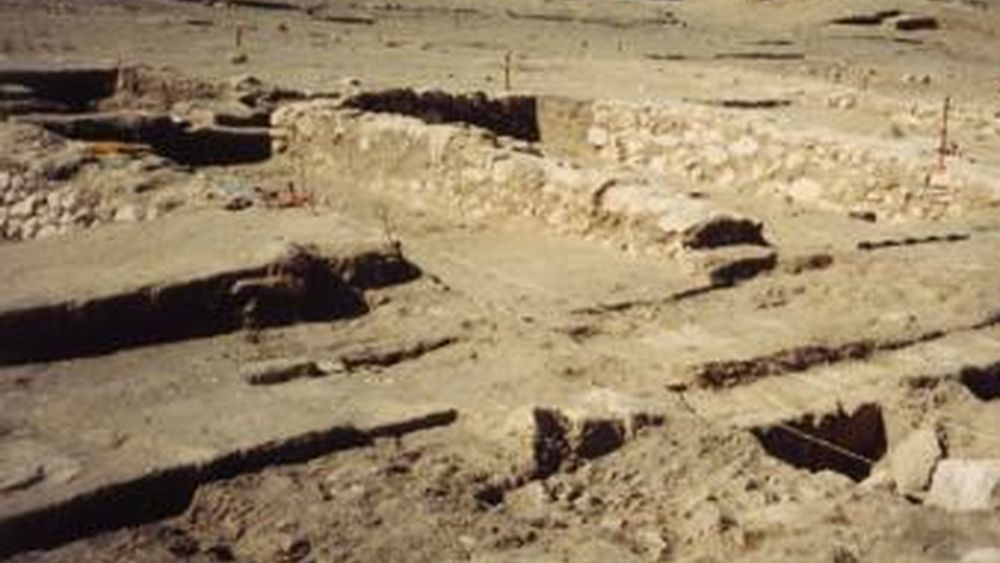 The village of Giza workers

As surprising as it may seem to be an archeological site as important as the Giza Plateau is far from showing all these secrets ... It's very regularly that new finds are made, and often these are important discoveries. Thus the city of the workers was discovered in 1988 only, by Mark Lehner, archaeologist. Mark Lehner is American, he has behind him a past of 30 years of excavations in Egypt. Former director of Ancient Egypt Research Associates, he has an inter-disciplinary approach that makes him approach sites by multiple means, unlike many of his colleagues of the time.

If today it is normal to approach an archaeological site by different disciplines, it was not usual at the time. And this is partly what allows him to discover this area of ​​the plateau containing the remains of an ancient city that housed the workers who worked on the sites of the three pyramids and their respective temples, of course at different times.

The cemetery of this city, it was discovered - it seems - by chance, about the same time.


Where is the workers village?

The working-class city of Giza is to the south-east of the royal burials, from which they were separated by a great wall that is hard to imagine today. The city's cemetery is located west of the city, at a distance of approximately 500m. There is a low hill at the foot of which have been dug the graves of the workers. The foremen and inspectors, who had a higher rank in the organization of the yard, were buried in mastabas on the hill itself.

Excavations conducted by the American archaeologist Mark Lehner since the 90s made it possible to make an urban representation of the city. The latter was organized along three large parallel streets facing east-west. The houses that bordered them were intended primarily to house the workers, to allow them to eat and organize for everyday life. This city was surrounded by a great wall whose vocation is unknown, and even more so if this vocation has evolved over time. Maybe it was a way to secure this crowd of workers against the elite, or did the wall have a role of religious protection of the future tomb of the pharaoh?

For the moment, no one really knows it. It is also in this city that were the craftsmen necessary for daily life: Baker, for food, boilermaker, for copper work (the main tools of the workers were made of copper), doctor, etc.

South of the city, outside the walls, were two separate areas. That of the South-East was dedicated to a large royal administrative center which one imagines was a center of decisions on the scale of the workers, and that of the South-West was dedicated to the housing of the elite: Foreman, inspectors of works. It should also be noted that there was a storage building near the administrative building, the usefulness of which is unknown, but which probably served as storage for tools and everyday consumables.

Recent excavations show that the city had its own port in the east. It seems surprising nowadays but the Nile reached the edge of the Giza plateau at the time, remember that we are talking about a period of 45 centuries. But at that moment, not only did the Nile reach the east of the pyramids, but the region was a savannah, not the desert that we know. Hence the presence of lions in the writings of the time, for example. The presence of a port was therefore quite normal, and besides it was by boat that came to the site some materials that were not found on site.

As is often the case in archeology, it is a cemetery that gives the most information about past civilizations. That of the workers' village is characteristic of the very hierarchical organization of the society of the Old Egyptian Empire.

Located a few hundred meters west of the city, it is at the foot of a small hill and consists of a large number of excavations in the ground covered with stones assembled disparately, it that is to say that, without it being a rule, the stones covering the tombs had voluntarily different shapes from each other.

At the top of the hill and on its flanks are other tombs, but much more worked, larger too. They were used by the people responsible for a part of the site, like that of ensuring the routing of the stones or their sizes. These officials had mastabas in dry stone, mostly vaulted. They were separated from each other by narrow little streets, much like the cemeteries found in Europe, quite classic. Some mastabas had a staircase or a small path. They were sometimes engraved with the title of their owners, this is how we know, for them, their attributions on the site.


What were the living conditions of the workers?

No, the workers who built the pyramids on the Giza plateau were not slaves. On the contrary, it was free men, officials of the kingdom, and as such had special remuneration and care.

It is the excavations of the workers' village that allow us to say that, of course. Traces of fractures that may include some unearthed skeletons show that they have been carefully reduced and treated, evidence of the care that was brought to local workers. These skeletons also teach us that they worked on heavy loads, the vertebral columns being often deformed.

From a daily life point of view, it is not easy to imagine what it was. The archaeological remains show that the workers ate more protein than the population, so they were better fed.

Better nourished, better cared for, paid properly, it is far from imagining if it was worth to be employed on a construction site in Giza, but it seems that from a purely factual point of view, the answer is Yes.