Provincial pyramids are typical of ancient Egyptian civilization. They are small pyramids, oscillating between 10 and 17m high, not used as tombs. It is probably about pyramids of worship or simple monuments recalling the presence of the pharaoh in sometimes distant countries of the central power.


Some generalities on these pyramids

They are called provincial pyramids because they were all built in the provinces of ancient Egypt. In contrast, the pyramids used as tombs were all built in necropolises these necropolises are still near the capital of the Egyptian kingdom. Historically they are all in the same period, between the period of construction of the very first pyramids and the first attempts at pyramids with smooth faces. If we do not know exactly who built them, it is very likely that it is the pharaoh Houni or Snefrou, ie respectively the last pharaoh of the Third Dynasty or the first of the IVth. Experts agree that the last provincial pyramid, that of Seïlah, was built during the reign of Snéfrou.

There are eight of them, but one of them has disappeared, nowadays:

The reason why these pyramids were built is unknown to us, which is not surprising considering the limited documentation available to know this. However, there is a clue that tends to prove that it could have one of two roles, perhaps both:

The provincial pyramids were built during a very precise period in the history of the Egyptian pyramids. They followed the construction of the step pyramids, which represent the very first period of the pyramid era, and will be followed by the period of attempts to pyramids with smooth faces.

They were all built in a short period, under Houni (late third dynasty) or Snefru (early fourth dynasty), we do not know very well. But what is certain is that they were erected very quickly one after the other.

They were followed, even built, at the same time as the first pyramids with smooth faces were attempted.

There are many similarities between these pyramids, proof of their almost simultaneous constructions. They are all step pyramids, which is normal since it was, at that time, the only possibility that had been discovered to build a pyramid. Recall that the provincial pyramids were built at the end of the Third Dynasty or at the beginning of the Fourth, shortly after the construction of the Pyramid of Djoser , first pyramid of the Egyptian civilization, and before the red pyramid built by Snefrou, first successful attempt of pyramids with smooth faces.

Architecturally, they have a square base of about 20m and rise to a height of 10 to 17m, at least originally. Nowadays they have been partially demolished and are therefore much lower.

The material that was used to build them is systematically limestone blocks, except for the Elephantine pyramid, which was built of granite, a material that is readily available on site but much harder to work.

The pyramid that disappeared today was in the Nile Delta. Discovered in the eyes of Westerners by Napoleonic soldiers during the French military campaign of the early nineteenth century, it was engulfed by the galloping urbanization of Egyptian cities. Nothing remains of it today.

The pyramid of Elephantine

The pyramid of Elephantine has a particularity: It is made of granite, unlike the others, all limestone blocks. It measures 18m50 x 18m50, a square base, and initially rose to the height of 10m50. It was not particularly pointed, it was rather a flared pyramid. Its inclination was 77 °, like some other provincial pyramids. Nowadays it is only 5m10. She had 3 bleachers, like most others.

Edfu is a city in southern Egypt, in what is called Middle Egypt. This pyramid does not stand out from other provincial pyramids, with a square base plan of 18m80 for an initial height of 12m50. Nowadays it measures only 5m50 high, it has been leveled by time and human activities. It was a step pyramid, she had 3.

This is a square pyramid of 18m60 on the side for an original height of 12m, which gives a rather flared pyramid. Moreover, its inclination is less compared to other provincial pyramids: only 77 °, while the others are all 80 °. She had 3 degrees, like most others. Nowadays it is the highest of the provincial pyramids: 8m80, the others being much more collapsed than it.


The pyramid of Nagada

Nagada is a city located in Middle Egypt, relatively far south of the capital Memphis. This is where the pyramid was built. It was probably built by Houni (late 3rd Dynasty) or Snefrou (early 4th Dynasty). It has a modest size, its square plan is 18m40 for a height at the origin of 14m. But nowadays, it measures only 4m high. This pyramid was like other provincial step pyramids, it had 3. 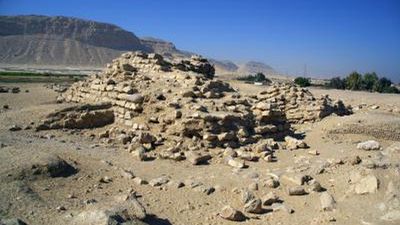 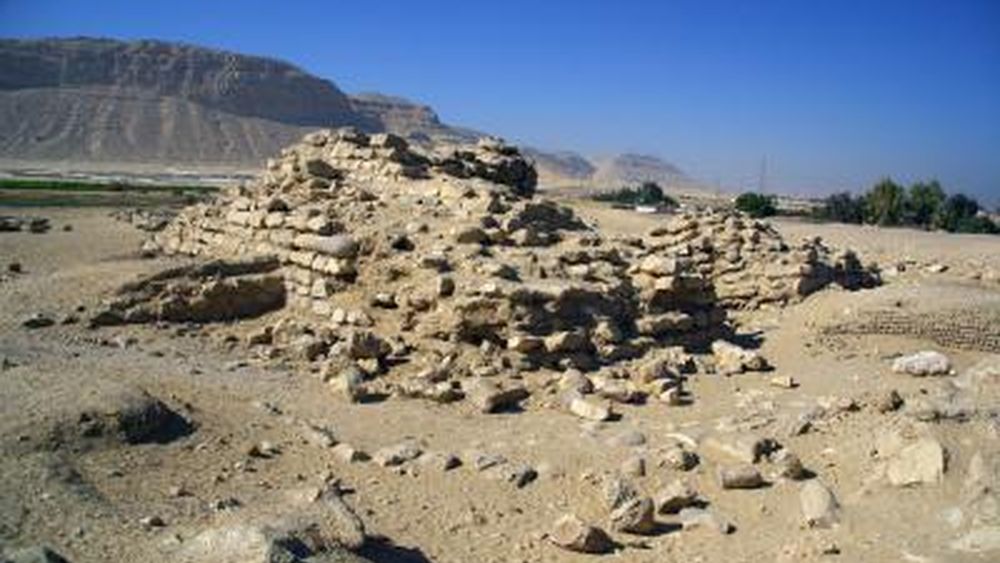 The Sinki Pyramid is a small building located in the Sinki region, 7 kilometers south of Abydos, the southernmost memphite necropolis in the south. It is a small building of 18m50 of side, of a square plan, amounting to 12m50 of height at the time of its construction. Unfortunately eroded by time and human activity, it is nowadays more than 4m high. 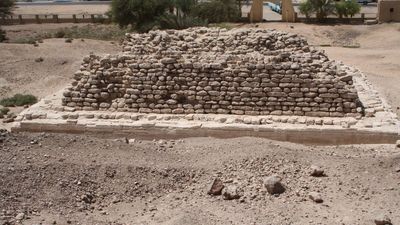 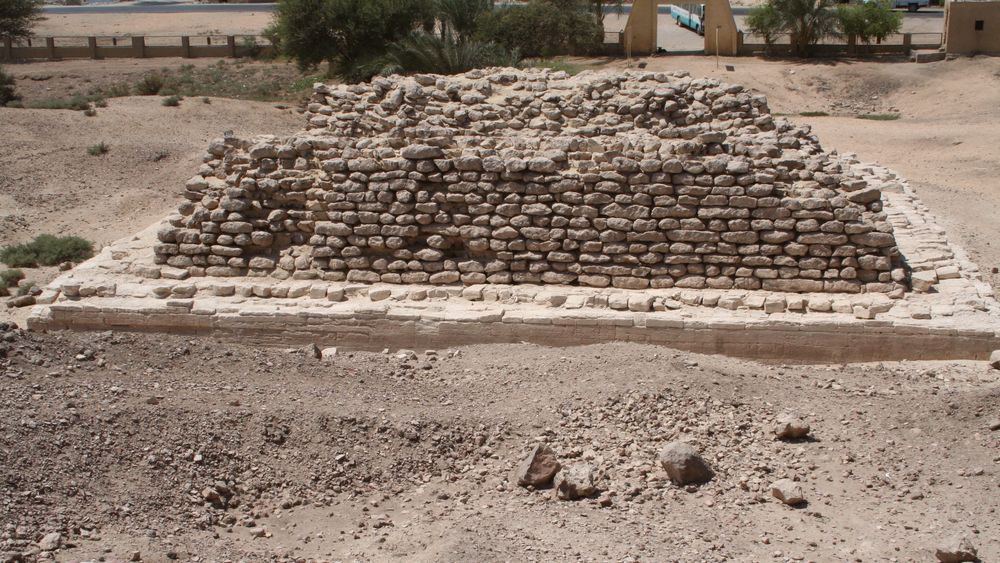 This pyramid is relatively simple, like the other provincial pyramids. It is located in Zaouiet-el-Meitin, in Middle Egypt. It was erected at the end of the third dynasty or the beginning of the fourth by Houni or Snefrou, it is unknown. It is relatively large, with a square base of 22m50, the second provincial pyramid by size, and an original height of 17m. Nowadays it is only 4m75 and should have 3 or 4 degrees.

Its equipment is quite simple, it is built in large blocks of limestone elongated beds, layer after layer. The beds are fairly regular. It is truncated to a little less than 5m in height, the rest of the pyramid being collapsed.

The pyramid of Zaouiet-el-Meitin also has a curiosity that makes it unique among all the pyramids of Egypt, all eras combined: It is the only one to have been built on the east bank of the Nile, bank that found on the side of the rising sun, and therefore consecrated to the kingdom of the living. This is where we find the ancient cities. In contrast, the west bank is that of the setting sun, and therefore that of the realm of the dead: This is where we find the necropolises. But the pyramid of Zaouiet-el-Meitin is an exception, being on the east side of the Nile. 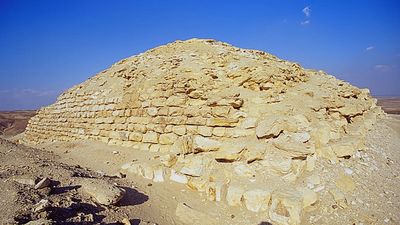 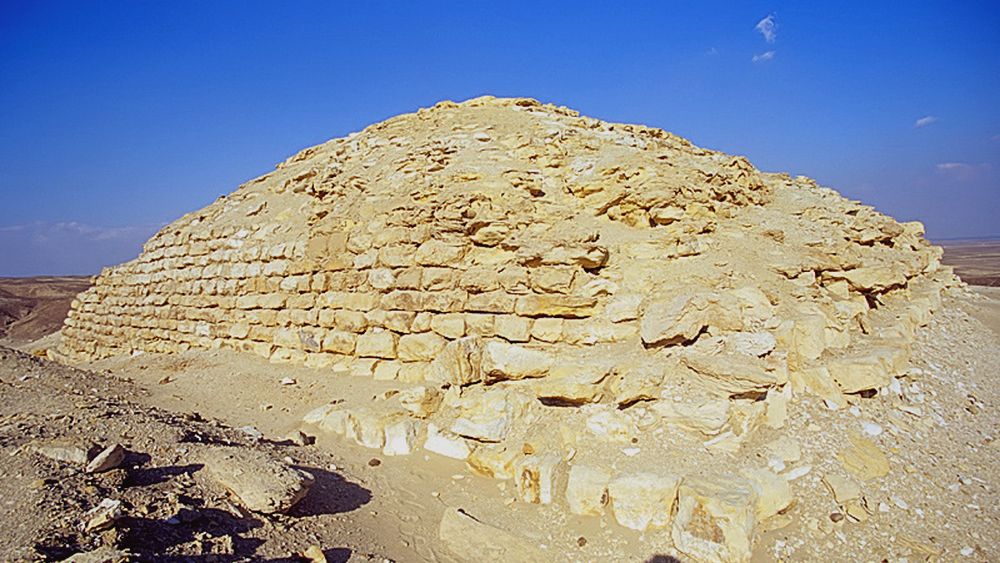 The pyramid of Seïlah is the only one of which one is sure that it was built during the IVth dynasty because one found steles nearby, stele where one reads clearly the name of Snéfrou. It is the pharaoh Snefrou who is the author. It has two characteristics of its own. On the one hand, it is the largest of the provincial pyramids, with a square base of 25m side for an original height unknown. Nowadays it measures only 6m80. She must have 4 degrees. The other feature is more interesting: This is the very first pyramid to have its faces aligned on the cardinal points, a feature that will be reproduced many times, including the giant pyramids of the plateau of Giza.

This pyramid is built in large blocks of limestone whose size seems small enough to be worn on man's back. Nothing to do with the heavy blocks of several tons of the Khufu pyramid, for example. The joints are quite simple, wide. The blocks are not cut with great precision.


The pyramid of Athribis

From this pyramid we have little information except that it was at Athribis in the Nile Delta. It was built by Pharaoh Houni, at the end of the Third Dynasty, or Snefru, at the beginning of the IVth. It had a square base of 20m side, which is quite comparable to other Egyptian provincial pyramids, but we do not know its initial height because we have no more information than its on this pyramid, since it has disappeared.

All different kinds of pyramids