﻿ ﻿ Historical context of the construction of the Egyptian pyramids

Historical context of the construction of the Egyptian pyramids

The pyramids of Egypt remain a mystery in many ways, especially to understand their constructions at a time when technical means were limited. 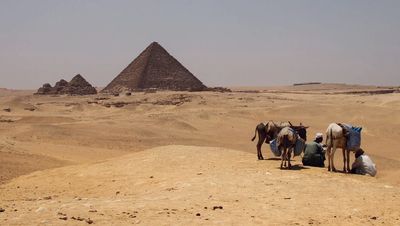 Pyramids in the desert

Pyramids in the desert 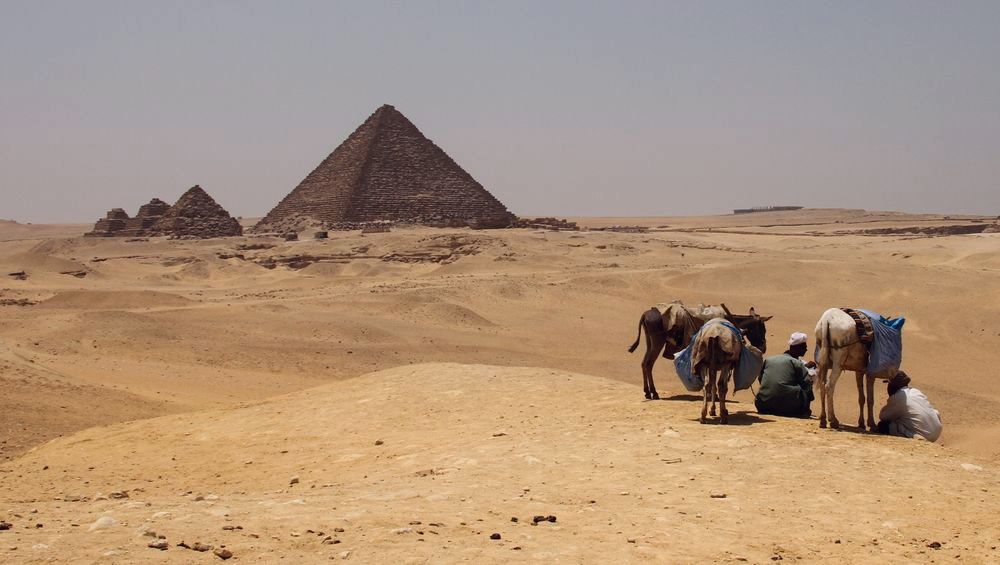 The pyramids of Menkaure in the desert


Genesis of the Egyptian people

The Egyptian civilization that developed during antiquity is among the oldest in the world with a period that is considered to begin around 3150 BC. This very approximate date corresponds to the end of the Neolithic period.

What marks the end of the Neolithic is the beginning of a new civilization, one of the first in world history. It is the fruit of the capacity of peoples living along the Nile to federate, organized around a state that will gradually become of great importance for the region. And more exactly, the point of departure corresponds to the unification of northern Egypt, near the Nile delta, with southern Egypt, close to Sudan.


Summary of the history of ancient Egypt

The period before the unification of the two peoples is called pre-dynastic, it is sometimes numbered under the name of "dynasty 0", itself preceded by the "dynasty 00" designating the first organization of the peoples of the Nile delta. At unification begins the reign of the first pharaoh of the first dynasty, which will be followed by 29 other dynasties, leading the history of ancient Egypt until the conquest of the territory by Roman civilization and its transformation into the province of Rome.

Of course, the history of a state over 3000 years and 30 dynasties is not smooth. For Egypt, the chronology of events follows a relatively simple route. There were 9 major periods that followed, historically speaking. Three empires interspersed with intermediate periods. In order :

The period of the pyramids began during the ancient empire (Third Dynasty), it reached its peak always during the old empire (5th and 6th dynasty), and ended definitely at the beginning of the new empire (XVIIIth Dynasty).


The period of the pyramids

The so-called pyramid period took place during the ancient empire, mainly from the 3rd to the 6th dynasties. Previously Pharaohs were buried in mastabas, sort of large underground halls buried or not that became more complex over time. Then, the evolution of the burials allowed the development of the pyramids with degrees (IIIe dynasty), then with smooth face (IVe with the VIe dynasty).

Later, the tradition of being buried under pyramids was lost, but temporarily since Pharaohs of the twelfth and thirteenth dynasties took over during the Middle Kingdom, before being abandoned again. The last pharaohs to use pyramids as tombs were those of the 17th and 18th dynasties.

Learn more about different kinds of pyramids that have existed.

The time of the pyramids was a prosperous period of the old empire, characterized by a political stability allowing the development of arts, sculpture, architecture. The population lived almost in autarky in a welcome peace. It is also a period of implementation of the administrative system that will evolve over time. Snefrou, founder of the IVth Dynasty, created for example the post of vizier, a kind of prime minister whose characteristic was to have the ear of the king, and thus to pass him the information necessary for his decision-making. Soon the administration will be locked by the royal family who will occupy the most important positions.

At the beginning of the ancient empire Egypt was divided into a word, a word that can be translated by province. Each name was governed by an administrator and had a complex administration at its disposal.

Religiously the cult of Re (the Sun-God) developed during the Third Dynasty, overtaken by that of Atum (the God at the origin of all the other Gods), without the latter supplanting Re. The status of the Pharaoh vis-à-vis the God is also clarified: Pharaoh is a living God, which was not self-evident at the beginning of the old empire. It is an important evolution of the religious aspect because the existence of a personified God will be at the base of the Egyptian civilization during the middle empire, then the new empire. It was during the end of the old empire that this state of affairs developed.

The plateau of Giza

The Phenomenon of apothem