Quarries for the extraction of stones

The pyramids of Egypt are essentially made of stones, for the most part they are limestone stones, a commonplace rock found all over the cliffs bordering the Nile, from Memphis to the south of Thebes. However the quarries of extraction of these stones were perfectly defined, it was not, at the time, to extract stones from everywhere at once, without organization. 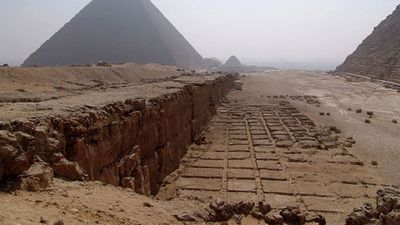 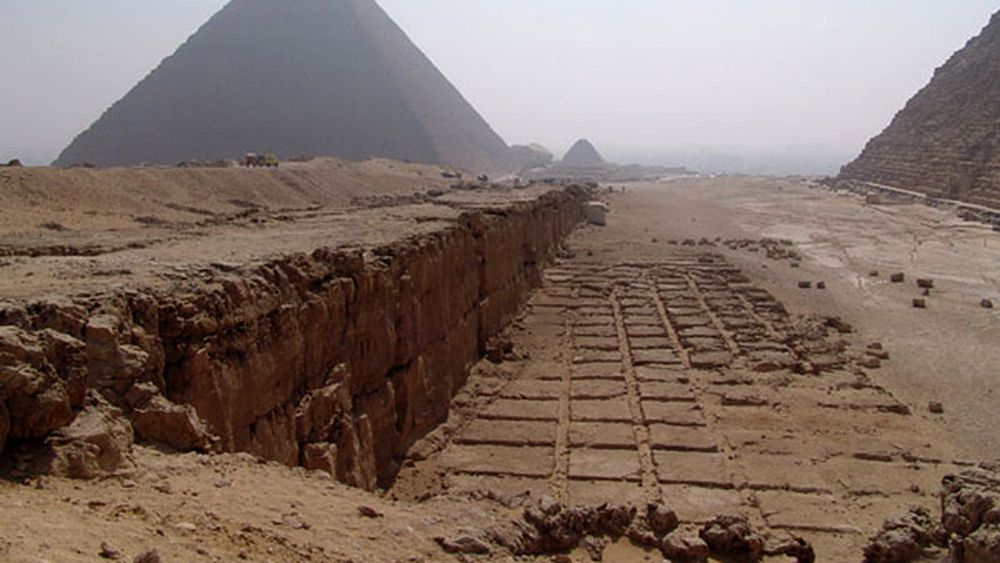 A stone quarry for the construction of the pyramids

Several careers were started, depending on the sites and eras. Some quarries were used during the time of particular works, others were permanently, it was they who fed building materials the cities that were built, as the advance of the ancient Egyptian civilization. Mastering these careers could be important, especially if they were precious metals like copper (which was used to make weapons and tools) or gold (which already had value). But stone quarries could also be the subject of territorial conflicts, and it was not uncommon for a pharaoh to attack a neighboring people for the sole purpose of appropriating his pithy resources.

Here are some explanations on the quarries used to extract materials for the construction of the Egyptian pyramids.


The different kinds of careers

Quarries of limestone, sandstone and granite are scattered all along the Nile, with a greater share near the south of the delta, on the Cairo side and in its southern part.

The Giza pyramids were made with a local stone, directly extracted from the Giza plateau. These are open-air quarries that we still see today. These stones were extracted a little more easily than elsewhere because the ancient Egyptians had noticed that the limestone plateau was streaked with very straight lines of fragmentation which formed a kind of pre-cut stones. In fact, nowadays it is called anticlinal plans, it is a natural phenomenon that appears in these hot areas and was very convenient for them. The other pyramids, those of Dahshur or Saqqara, for example, are also made of local stones, there are quarries all along the Nile, from Memphis to the south of Thebes.

The fine, very white limestone stones come from the Tourah quarry. Tourah is east of Cairo, in an area that is now heavily urbanized. Some of these stones came from another career, that of Massarah. 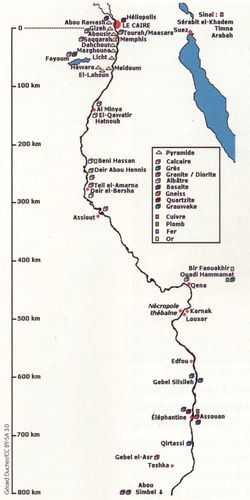 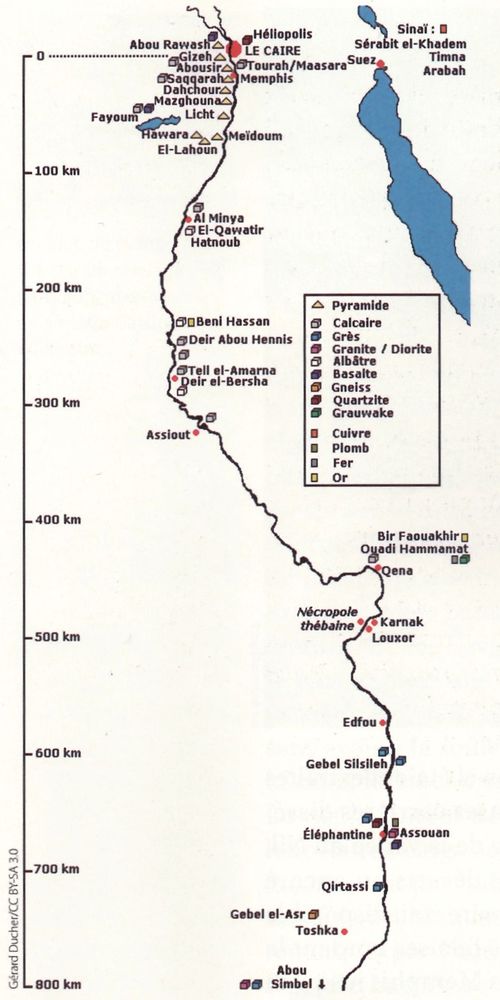 The granitic stones come from quarries near Aswan in the south of the country. These rocks, very hard, probably had to be very difficult to work, whether for their extractions, their abrasions, their abrasements, their transport, etc. They were transported by boat down the Nile, of course.

Most granite and sandstone quarries were outdoors, to facilitate the work of extraction. Unfortunately over time it was necessary to go to get these stones deeper to find good quality, which meant that they had to turn them into underground quarry ... multiplying the hardness of work. Extracting hard rocks from the soil, especially in closed quarries, was difficult. To do it the ancient Egyptians used balls of dolerite, a very hard stone, that they spent on granite surfaces until the rock became hollow. Once the depth was reached, they dug holes along this line and they dug piles of wood that they watered abundantly and regularly. The wood, swelling, eventually burst the rock that then cracked along the furrows. this technique seems quite reliable since it has been used extensively over time.

The sandstone comes mainly from quarries in South Thebes, where there is a large area abundant in this rock that can be friable as well as a hardness to any test. In fact, the sandstone is agglomerated sand, so its hardness depends on the pressure that the area has undergone over time. The higher the pressure of the upper layers, the stronger the sandstone.

Quarrying conditions were much harder than those of the site workers. In fact, there were two kinds of careers:

The former were worked by paid workers for this work, quite like the builders of the pyramids. The others were the object of temporary military conquests, the time of the exploitation of the quarry, either until the end of the vein, or until the end of the yard for which the expedition had been conducted. These quarries were exploited mainly by slaves, captured by the enemy.

It is necessary to imagine that such expeditions mobilized thousands of men of war, if only to maintain order on the career. Working conditions were painful, and mortality was relatively high on such sites.

Les Materils of the pyramids

Construction of the pyramids