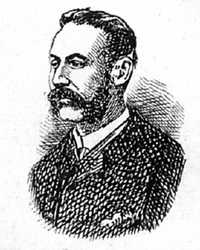 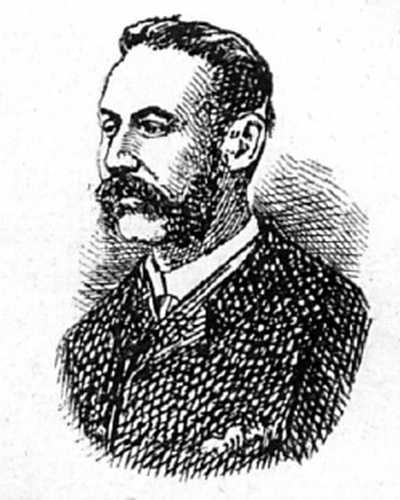 Mr. Jean Gobert, authorized officer and intimate advisor to Mr. Eiffel, was born in Vic-sur-Aisne (Aisne) on July 26, 1841. He entered the first of its promotion, in 1859, at the Central School of Arts and Manufactures. He was eighteen. When he came out with the title of graduate engineer, he devoted himself to important, varied and numerous work, first in Marseille, then in Bordeaux. He has been in the Eiffel House for fifteen years where he has taken a leading position by his consummate engineering skills and off-line mathematician. He is the author of a new theory for the construction of vaults and a graphical method for determining the unique pressure curve, giving the smallest key thickness and the minimum section of a barrel vault. He has successfully applied his method to various wide-opening bridges and has formulated the experimental data on which crush resistance must be based.

This work, which became classic in the art of the builder, was the subject of a praiseworthy report, on January 10, 1877, to the Society of Civil Engineers, in Paris, from Tresca, eminent judge in the material, and the memory of Mr. Gobert would have won the prize, if its author, too considerate, had not had the idea to have his work autographed, for the convenience of reading, the formal text of the foundation n admitting only manuscripts for the contest.

The method of M. Gobert, imagined and practiced by him since 1867, and remained almost unpublished until 1878, highlights, better than any other, the interplay of mutual actions which are exerted on various points of view. a vault. It provides precise measurement of key thicknesses and thrusts for various joints. It lends itself more to the comparative graphical study of the results produced by variable overloads and by variously resistant materials. Lastly, it provides a means for a sure and rapid comparison of the various projects that a single work may contain, as well as the possibility of recognizing, by a negative solution, the corrections to be made in cases where the projected provisions are not compatible with the degree of resistance of masonry.