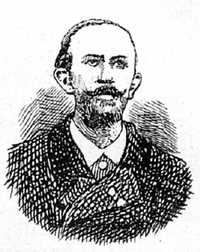 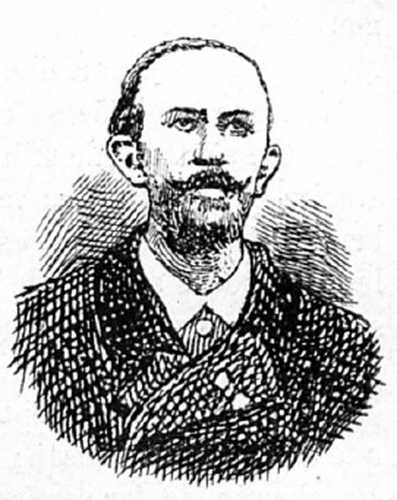 Emile Nouguier was Head of Methods Department at the Eiffel Enterprises.

Emile-Toussaint-Michel Nouguier was born in Paris on February 17, 1840. At the end of his studies, he prepared for the Ecole polytechnique and was eligible in 1801. He entered the School shortly afterwards. National Superior Mines; he graduated in 1866 as a graduate engineer. He became from 1867 to 1876 one of the active employees of the house Ernest Gouin (today Batignolles Construction Company), first as a head of the studies office, then as construction site engineer. In this important house, he collaborated in all the works that he carried out during this period of nine years, including the construction of the Palais de l'Exposition Universel in 1867, the construction of the bridge on rue Brémontier in Paris (belt railroad); the Volga bridge at Rybinsk (with spans of 110 meters and a length of 475 meters); from the bridge of Margaret Island on the Danube to Pesth (with six arches and a total length of 570 meters).

In 1876, he entered the Eiffel House as an engineer in charge of the technical studies and assembly department. He took part in this quality in all the works executed by this house since that time and of which here is the instructive nomenclature:

We arrive at the Eiffel Tower for which Mr. Nouguier, in collaboration with Mr. Kochlin , with the assistance of Mr. Sauvestre , prepared the draft presented to the government. He then followed the execution of the Tower, studied and directed the assembly, having under him as foreman Mr. Martin for the foundations and the masonry and M. Companion for the metal superstructure.

The government gave him justice by awarding him the Knight's Cross of the Legion of Honor on May 6, 1889.