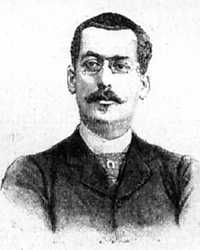 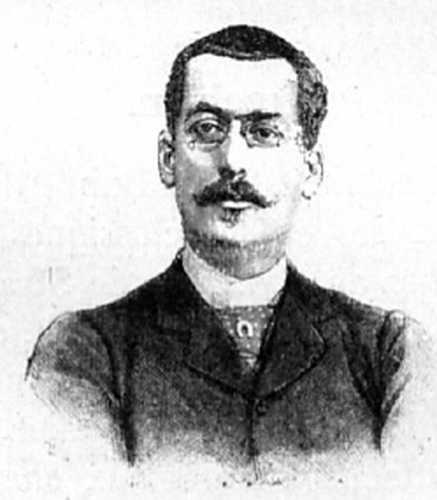 Adolphe Salles was one of the founders of the Eiffel company, he headed the general company of the locks of the Panama Canal, for example. He was also the son-in-law of Gustave Eiffel.

Mr. Adolphe Salles was born in Marseilles in 1858. He entered the Ecole Polytechnique in 1877 and in 1879 at the Ecole Nationale des Mines, from which he graduated as a mining engineer. Sent on a mission to Spain in 1882 to study the iron deposits of the province of Bilbao and the copper mines of the province of Huelva; sent on mission in 1883 to the east of France, the German Lorraine and Luxembourg, to study and report on the deposits of oolitic iron, their exploitation and on the metallurgical industry of this region. M. Salles, in 1884, was appointed engineer in Paris at the Alais Mines, Forges and Foundries Company, where he introduced the manufacture of steel by means of chromed iron hearth furnaces. He remained there until 1886, at which time Mr. Eiffel, whose eldest daughter he married in 1886, joined him as a collaborator. In particular, he entrusted to him, as authorized agent, the management of the general company of the locks of the Panama Canal and that of all the installations of the Tower of 300 meters, at the execution of which Mr. Salles took a very large part. In particular, the assembly of elevators, whose new and unprecedented layout required exceptional safety; he operated under his special direction with the greatest success.

Mr. Adolphe Salles has a brother-in-law a diplomat, because the second daughter of Mr. Eiffel, Miss Valentine Eiffel, married January 22, 1890, Mr. Camille Piccioni, secretary of embassy, ​​attached to the Ministry of Foreign Affairs in Paris . The wedding was celebrated in Saint-François-de-Sales.