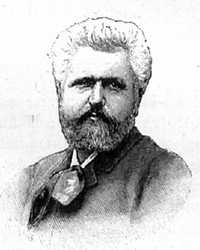 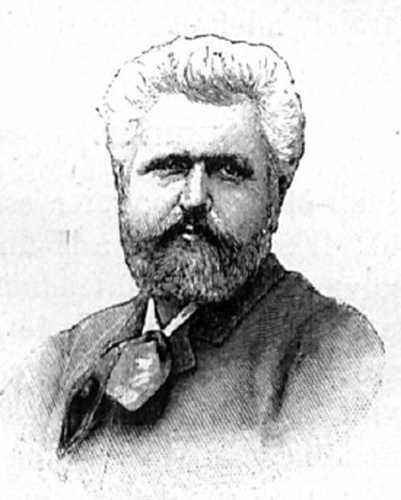 Stephen Sauvestre was the architect who was commissioned by Eiffel to build the Eiffel Tower.

Mr. Stephen Sauvestre was born in Paris in December 1847. Pupil of Mr. Simonet at the School of Architecture founded in Paris by Mr. Emile Trélat, he went out with the first class, after obtaining medals of honor. In 1869, he sent to the Salon des Beaux-Arts a statement which was awarded. He immediately became inspector of the reconstruction of the theater of Brest, and directed the architectural office at the factory of Mr. Eiffel, where he participated in several large companies, including the Budapest station. He is the author of the pavilion of the Paris Gas Company, which was so noticed at the Universal Exhibition of 1878. From that date, he populated the emerging area of ​​Monceau and former Passy of villas and mansions, which have dedicated his reputation as a specialist architect and artist. In 1884 he was one of the first to study the original project of the 300-meter Tower with MM.Eiffel, Nouguier and Koechlin. At this time he obtained an important place at the Exhibition of Decorative Arts. He then confined himself to the preparation of the competition for the 1889 World Fair and, in collaboration with Mr. Eiffel, he conceived the project which obtained one of the first three awards. In the final design of the Eiffel Tower and in its architectural execution, he played an important role.

The construction of the Central Colonial Palace at the 1889 Exhibition was entrusted to Mr. Sauvestre, who overcame a great difficulty in terms of style. Destined to shelter the products of countries which do not have native art marked as well as those of the countries which have a special aesthetic, this building could not have any well-defined style, while having however a sufficiently ... colonial air . As we see, the problem was not the easiest to solve, and M. Sauvestre had to resort to his only imagination to find the right architecture. Let's add that his spirit of invention served him well. The palace was an elegant and original ensemble and its decoration, without being loud, had the brilliance necessary for all exotic constructions. The center was formed by a dome fifty meters high, whose glazed tile roof shone in the sun; two pavilions terminated the galleries surmounted by turrets which extended in width on each side of the dome. In the exterior decoration, it was the red that dominated, but a red attenuated, a soft tone.

Mr. Stephen Sauvestre is the son of Charles Sauvestre, deep pedagogical writer, who left prominent traces in Education by his writings and services that delivered the good fight for progress and freedom, next to Barral, in the Pacific Democracy, the Phalansterian Review, the Reformation of 1848, the Scientific Press of the Two-Worlds, the National Opinion. Valiant spirit, warm heart, the father has left a descendant worthy of him.