﻿ ﻿ Scientists enrolled on the Eiffel Tower

Scientists written on the Eiffel Tower

Looking closely at the Eiffel Tower, it is clear that the first floor is decorated with proper names written in golden letters. These are the names of 72 scientists who, at the time of the construction of the tower, had significantly advanced science, each in his particular field. It was Eiffel himself who decided it, he made it public February 20, 1889 in a speech made at the time of his conference with the Central Society of Professional Work, conference chaired by T. Villard.

To express in a striking way that the monument I am raising will be placed under the invocation of Science, I decided to inscribe in gold letters on the large frieze of the first floor and in the place of honor , the names of the greatest scientists who have honored France since 1789 to the present day.

Georges Barral, in his book, "The historical pantheon of the Eiffel Tower" has written a letter to the attention of Eiffel in which he magnifies the interest of science. Here is an excerpt:

"You have indicated, by this brilliant act, visible to all, that for the conception and execution of your colossal work, you and your collaborators, you feel indebted to the past, all the accumulated facts, all the inventions and all the research that made its erection so prompt and punctual Confidence in science and science, you could brave all the unbelieving, all the bad predictions of the beginning, science is eternal. It is not subject to the fatal laws of our fragility What one generation does not have time to do, others will do it Short is a scientific life, but immense is its capital which was created by the Continuous effort of the human mind, because everything is held by successive accumulations of acquired notions If the social world has been renewed for a hundred years, the scientific world, too, has conquered innominate territories in the field of science. All that has been pursued by science is wonderful. We would be deeply ungrateful not to turn our hearts, with you, towards these powerful geniuses, these serene intelligences, those persevering and measured minds, whose names you wanted to retain on your monument, as a symbol of peace, as a constant appeal at work and concord, and to indicate their share. "

Now that the decision has been made, Eiffel has been confronted with a practical problem: Each side of the first floor is divided into a small box that can contain only a certain number of letters, so it was necessary to forget the inscription of long names like Claude Bernard, Boussingault, Charles and Henri Sainte-Claire Deville, Etienne Geoffroy Sainte-Hilaire, Milne-Edwards, Quatrefages, etc. Lavoisier himself was able to enter the motive only by grace of his two i, whose very short writing is not cumbersome, like that of words with multiple linear features.

Each letter is gilded and has a height of 60 centimeters. The names are very readable to the naked eye. They are not listed in alphabetical order. By operating a circular walk, some distance from the Tower, the visitor reads these names in the following order on the four façades (Respectively, facing Trocadero, in the North, facing Point-du-jour, West, facing Military School, South and facing Paris, East):

Most of these nineteenth-century scholars made genius discoveries. The others created institutions, institutions, executed works, or invented machines which, by improving the physical condition of man, also increased his moral and intellectual wealth. In the biographies, you will find details of the inventions or the main works they have done. As can be seen, it is not surprising that these scientists have exercised a decisive action on the march of civilization, so it is with reason that Gustave Eiffel placed his monument under their protection. They are inscribed therein as a testimony of universal gratitude, as a tribute to their labors, without which such an undertaking could not have been conceived, prepared, executed, or brought to a successful conclusion.

All these great scientists are sons of their works, that is to say, they are the ones who have illustrated the name they bear. But, out of seventy-two, there are fifty-four born and dead commoners, six born in the nobility and ten who were ennobled. ﻿ 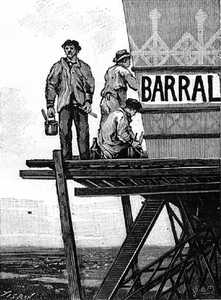 Engraving painters of the Eiffel Tower

Engraving painters of the Eiffel Tower 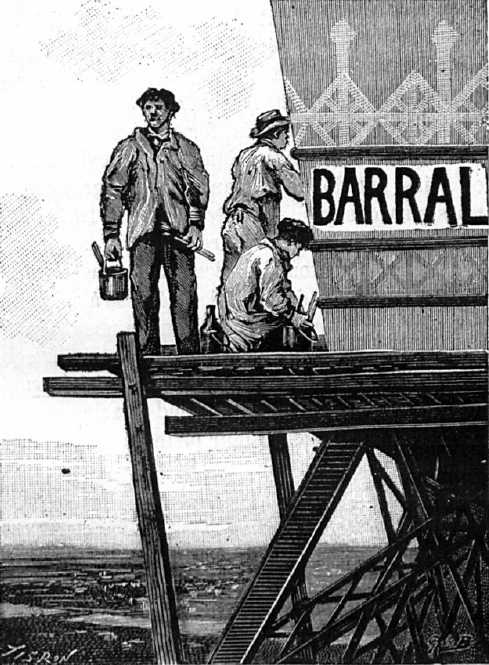 The six noble are: Borda, Coulomb, Dion, Lalande, Lavoisier, Prony. The ten ennobles are: Carnot, Chaptal, Clapeyron, Cuvier, Fourier, Lamé, Laplace, Monge, Thenard. It was Napoleon I, who granted the nobility to Carnot, Chaptal, Fourier, Monge. It was Louis XVIII who ennobled Laplace and Thenard. It was the Russian Government that granted the hereditary nobility to Clapeyron and Lamé. Among them, three were sons of peasants, small farmers. They are: Laplace, Poisson and Thenard. One was a worker's son, it's Cail. The others had their roots in the nascent petty bourgeoisie, that is to say the third-state, of recent and revolutionary emancipation. Thirty-four of them passed through the Ecole polytechnique, one by the Ecole des Génie Militaire de Mezieres (Carnot), two by the Central School of Arts and Manufactures (Dion and Petet); the others did not pass as pupils by the great Schools of Government. Sturm was a tutor in the illustrious family of Broglie; Wild was used in a factory; Schneider, committed in a bank. Sixty-eight were decorated with the Legion of Honor, and two also had the royal order of Saint-Louis (Carnot, Coulomb). Quatre had no French decoration. They are: Bichat, who died too young; Giffard, who has been forgotten; Lavoisier, who suffered the outrage of the scaffold; Wild, who was refused to distinguish because of the debts made for the invention of the propeller! These victims of social imbecility or political events are not the least glorious of this glorious pleiad, and this denial of justice constitutes the moral of this little statistical review.

Let us say again, to be complete, that the seventy-two scientists must be divided into twelve scientific sections, including: 2 agronomists, 6 astronomers, 9 chemists, 4 constructors, 1 geographer, 15 engineers, 17 mathematicians and surveyors, 2 doctors, 2 mechanics, 2 mineralogists, 1 naturalist, II physicists. Finally, let us add that the oldest (Chevreul) died at the age of one hundred and three years, and the youngest (Bichat) died at the end of his thirties!

It is interesting to note that a list of 72 scholars had already been written previously in history, and we could, at the time, ask the question of the relationship between this list and the Eiffel Tower. This list is ancient, it is about the list of 72 translators in Greek under the reign of Ptolemy Philadelphus, of the Old Testament, famous work known under the name of "Version of the Septuagint", by contraction of "seventy-two" ", the popularity always having a tendency to shorten the appellations.

However this number of 72 is a pure chance and we must not see a correspondence between the two, that's what Georges Barral asserts in his book, "The historical pantheon of the Eiffel Tower", book that served as a basis for This page as well as biographies. However that may be, many people have seen as a happy omen for the destiny of the Tower this scientific rapprochement.