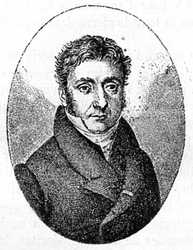 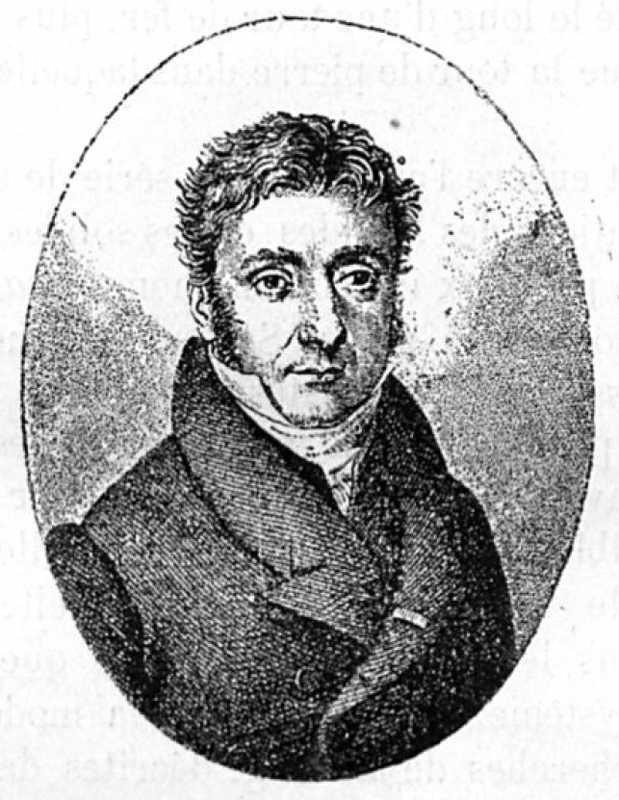 Pierre-Louis Dulong is one of 72 scientists whose name is inscribed on the first floor of the Eiffel Tower. He is the 10th, on the face facing North.

Pierre-Louis Dulong, chemist and physicist, was born in Rouen in 1785; He died in Paris on July 18, 1838. At the age of sixteen, he entered the Ecole Polytechnique as a pupil. A serious indisposition forced him to leave, before the end of the second year, this establishment, where he was to reappear with so much brilliancy, as exegetical examiner, as professor and as director of studies. The art of healing first of all absorbed all his moments. He even began to practice medicine in one of the poorest districts of Paris. The clientele increased visibly, but fortune diminished with the same rapidity, for Dulong never saw an unfortunate man without succoring him, and he had felt obliged to have an open account at the chemist's, for the benefit of of his sick, who otherwise would not have been able to make use of his prescriptions.

The sciences appeared to him a less ruinous career, and Dulong left medicine to cultivate them. But he had not thought that there, too, arose continual opportunities of expenditure. He never let himself be stopped by difficulties of money, dangers of explosion. Thus he lost an eye and two fingers of his right hand, preparing, for the first time, chloride of nitrogen, and at his death the paternal heritage he had received was exhausted at not to leave for all fortune to his wife and his children but the memory of his glorious labors.

Dulong's discoveries focused on water analysis and heat theory. In chemistry, it is he who is the inventor of the still classic process of passing a dry hydrogen current over red-hot copper oxide and collecting the water vapor in a container containing concentrated sulfuric acid. By weighing the tube and the container before and after the experiment, the weight of oxygen is that of water and consequently of hydrogen.

In physics, Dulong formulated the cooling laws and provided the scientific data needed for the drafting of the Steam Engine Law. The aim was to determine the maximum vaporization voltages at all temperatures above 100 degrees. He was officially appointed with Arago to perform these experiments. These two scientists first graduated exactly one air pressure gauge by a column of mercury, the height of which they raised to twenty-four times that of the barometric column. This famous research was completed in the tower of the Henri IV College, behind the Pantheon, in Paris. As the pressure gauge was graduated, Dulong and Arago caused the vapor pressure to act on the mercury bath which isolated the air trapped in the apparatus and thus could determine voltages up to 212 degrees. These two illustrious scientists hardly suspected that sixty years later, a monster manometer of 300 meters would be installed along an iron tower, more than seven times higher than the stone tower in which they had operated.

Dulong is still the author of a series of discoveries on dilations of liquids and solids. He is the inventor of a precious instrument called cathetometer and weight thermometer. His magnificent works, now classic, have remained as models of sagacity, penetration, patience. By meditating on them, young scholars can see the painful, laborious way, strewn with a thousand obstacles before them, but the only way, however, by which one can acquire in the sciences a glory that time, the spirit of the system, the Fashion whims do not shake. Dulong's research, described in all the scientific treatises published all over the world and in all languages, teaches the youth not to deduce too quickly the exaggerated consequences, the discoveries that one makes. It is not one of the least services rendered to the progress of the human mind by this great physicist and chemist.

Dulong's name was given to a Paris street, on the right bank of the Seine. The above portrait was made on a drawing of Ambroise Tardieu, executed from nature in 1825. Do not forget to remember that Dulong was perpetual secretary of the Academy of Sciences.