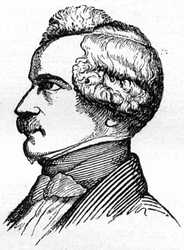 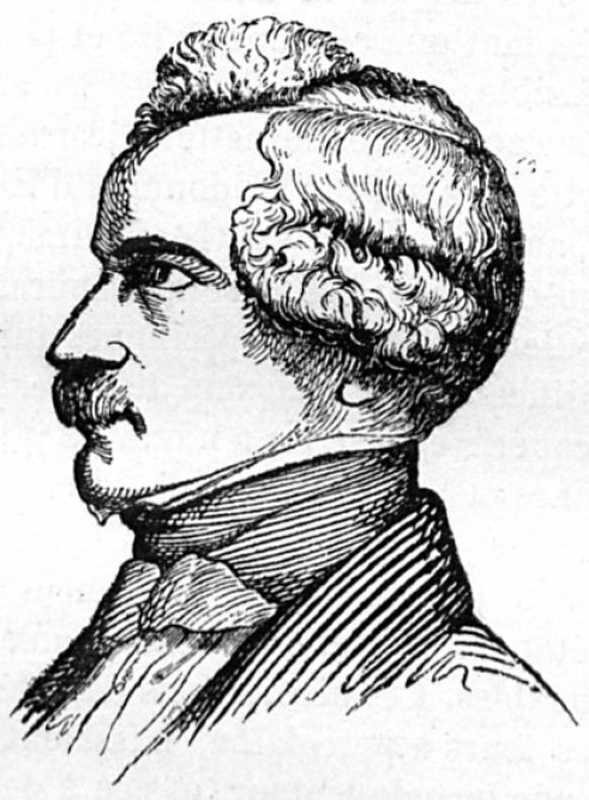 Jacques-Joseph Ebelmen is one of 72 scientists whose name is on the first floor of the Eiffel Tower. He is the 7th, on the face turned to the South.

Jacques-Joseph Ebelmen, a chemist, was born at Baume-les-Dames (Doubs), on July 10, 1814. He died in Paris on March 31, 1852, having barely reached his thirty-eighth year, in the whole producing force of the scientist. He graduated from the Ecole Polytechnique in 1833, and from the Ecole des Mines in 1836. He was successively appointed assistant professor of docimasie in this last establishment, then administrator and finally director of the Manufacture de Sèvres, in 1847. This is where that Ebelmen, in a short space of time, showed his great qualities of chemist and researcher, as patient as audacious. In a few years he has found a way to exert considerable influence on the artistic, scientific and industrial progress of porcelain manufacture.

He first perfected the pouring, and it was he who had the wood replaced by the coal in the pasta cooking, which allowed to obtain objects of a hitherto unknown purity and realize the even big savings. The crystallography owes to Ebelmen new and very original processes as theoretical idea and practical application, for the imitation by the dry way, of several precious stones, such as emerald, corundum, spinel, peridot, hyalite and hydrophane. Ebelmen's method of obtaining all these crystallized combinations has been extended to many mineral species, not without success.

Ebelmen also researched the composition and use of blast furnace gases. At the time of his death, he was working with Barral and Salvetat on the means of making enamelled stoves for domestic use, so as to prevent the diffusion into the ambient air of carbonic acid and oxide. of carbon produced by combustion. Enameled heaters are the only ones that are hygienic, clean and charming to look at. They have been neglected little by little, wrongly, for cast iron and sheet metal, which are very dangerous and which distil the poisoning gas into the ambient air. We will return to their use necessarily and for the greater good of the domestic uses.

All the works and memoirs of Ebelmen were collected in 1855, in two volumes by his friends. They constitute a rich mine of valuable information on the facts acquired and indications to retain for research to pursue. When this young scientist, who promised so much for the future by his fertile past, is dead, he had just published a quite masterful study on the alterations of stratified rocks under the influence of atmospheric agents and infiltration water. Ebelmen demonstrates that it is possible to achieve, by chemical synthesis, all types that are lacking in the classification of crystallized minerals. These aims, then reckless, received from all sides, scientists of both worlds, unanimous approvals, manifested by numerous discoveries pursued in this order of ideas. This very important discovery dates from December 22, 1851. All the experiments pursued in this new direction have consisted, wrote Ebelmen himself, in dissolving the elements of the bodies which were to crystallize in a silicate charged with a great excess of alkali, and to submit everything to the action of a high temperature, like that of a porcelain furnace, or the furnace with buttons of Mr. Bapterosses. The excess of alkali volatilized, and crystals formed in the liquid vitreous mass. The presence of the silica was necessary to give the flux a certain fixity and to constitute a fusible silicate, in the middle of which the crystals could develop with the desired sharpness.

Since that time, on the data of Ebelmen, it has been possible to produce, by means of chemical synthesis, a great number of mineral species, in a state of purity, and thus obtain not only the specific types which were lacking for the classification of many crystallized minerals, but still acquire the most valuable notions about the origins and conditions of crystallization of these species. It is by employing dissolutions in borax (biborate of soda) substances which it wished to obtain in the crystallized state, that it results in the most remarkable results. These dissolutions, heated to the temperature of the porcelain furnaces, allowed the borax to evaporate with great slowness, and little by little, as in a liquid, the expected crystals were deposited. Thus Ebelmen reproduced quartz, chrome iron, emerald, pyroxone, enstatite, corundum, ruby, cymophane, peridot, perowskite, and so on.

The house Gauthier-Villars et fils has published in three large volumes, with figures in the text, the Chemistry, Ceramics, Geology and Metallurgy of Ebelmen. - One of the streets of Paris, on the right bank of the Seine, bears his name The portrait of Ebelmen we give was executed after a sketch made in 1830 by the famous artist Traviès for my father, which he was 'friend. We know that Traviès, who died in 1860, is the creator of the popular type of hunchback Mayeux. It was a biting and satirical spirit of the highest and most formidable during the reign of Louis Philippe.