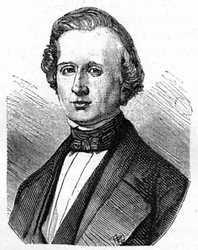 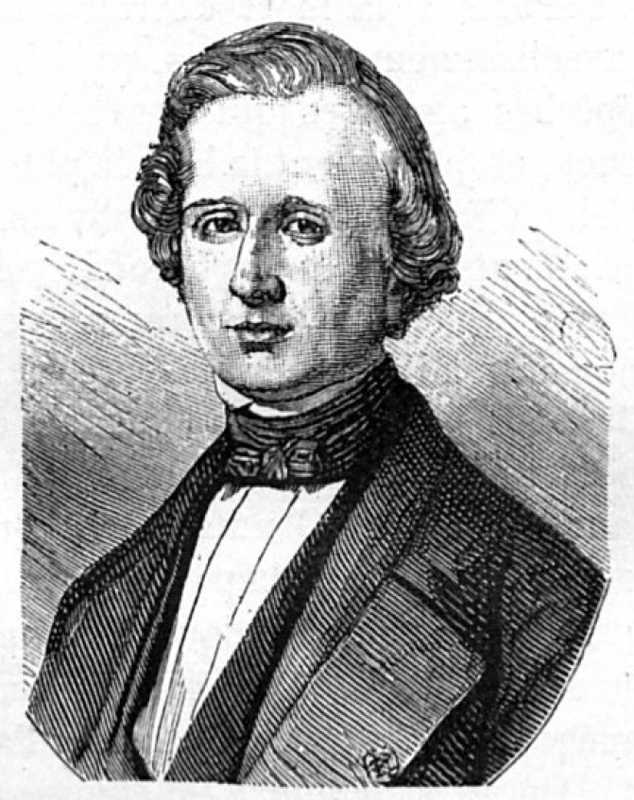 Urban Le Verrier is one of 72 scientists whose name is on the first floor of the Eiffel Tower. He is the 4th on the west facing side.

Urban-Jean-Joseph Le Verrier, astronomer, was born in Saint-Lô (Manche), on March 11, 1811. He died in Paris on September 23, 1877, the anniversary of the greatest event of his life. It is indeed on September 23, 1846 that the planet Neptune, whose existence and place in the sky had been revealed by him, was for the first time seen at the Berlin Observatory. He entered the Ecole polytechnique in 1831. He graduated in the first ranks with the title of engineer of state tobacco manufactures. He devoted himself to some laboratory research which was published in the Annals of Physics and Chemistry. Appointed in 1837 as a tutor in the Geodesy and Machine Course at the Ecole Polytechnique, he replaced Savary after two years as a professor, who died in 1839. The Verrier was still ignorant of himself. However, researches on the stability of the solar system and on the determination of the limits between which the mutual inclinations of the orbits of the main planets must oscillate, indicated it to the attention of Arago, this one pushed him to continue his new studies and the decided to devote himself to astronomical observations. The Verrier took advantage of this support to bring improvements to the theory of Mercury and to take special care of periodic comets. These works opened the doors of the Academy of Sciences, January 19, 1846, where he succeeded Count Cassini, the last of the glorious and long Cassinian dynasty which for 207 years (from 1625 to 1832) illustrated the astronomical sciences, geographical and botanical.

It was at this time that Le Verrier undertook on the theory of Uranus, the great work that led him to the discovery of the planet Neptune, by the mere power of calculation; it is one of the finest efforts of the human mind. This discovery, rightly, immortalized his name. For many years the planet of Uranus had been the despair of astronomers, who could not fix its position, although genius scientists, like Laplace and Delambre, for example, had taken care of it. The divergences were great on the irregularities of the movement and the uncertainties of this rebellious star. The Verrier attached himself to this solution. He formed equations that would link the mass and elements of the unknown planet's orbit to the characteristic perturbations of Uranus. He managed to tighten the coordinates of the fugitive star between quite close limits, to fix them a definite time, then gradually he assigned the exact place where we could see the planet at the time he designated. The prediction was justified; On the same day, September 23, 1846, when M. Galle of Berlin received the news, he immediately directed a telescope towards the point of heaven indicated by Le Verrier. There he saw the announced planet and gave it the name of Neptune, which it has preserved, despite the verbal and written protests of Arago, who rightly wished to christen it by the name of its author. The sensation produced by this discovery was immense and on all sides honors and congratulations fell like a cloud of shooting stars on the young astronomer, for which the government of Louis-Philippe created a chair of astronomy at the Faculty of Sciences from Paris.

The memory developed by Le Verrier on the planet Neptune was published in The Knowledge of Times for 1849. In reading it, we are stunned by the breadth of mind that it took to obtain such a result by using only numbers. This gives a great idea of ​​the power of calculation and its perpetuity. In 1853, the Verrier was appointed director of the Observatoire de Paris, on the death of Arago. He created the service of warnings at the ports, which the sailor blessed, that of the agricultural despatches which now cover the whole of France, and which remain the most certain basis of the study, so full of future and unforeseen results, great movements of the atmosphere. It also establishes a meteorological service to inform the aeronauts as they leave the earth on the direction of the winds. It was we who had the honor to inaugurate this service on September 24, 1864, during our first ascent in the balloon Giant, made in Brussels, in the presence of King Leopold I, at the door of Schaerbeek, opposite of the magnificent Botanical Garden. In 1804 he founded the Scientific Association of France, merged for a few years with the Association for the Advancement of Science. Deputy, senator, it is as if he will remain, as an astronomer of the first order, having had the happiness of attaching his name to a discovery of genius. A statue was erected at Le Verrier in the courtyard of the Observatoire de Paris, on June 25, 1889, and its name was given to one of the streets