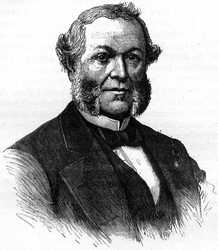 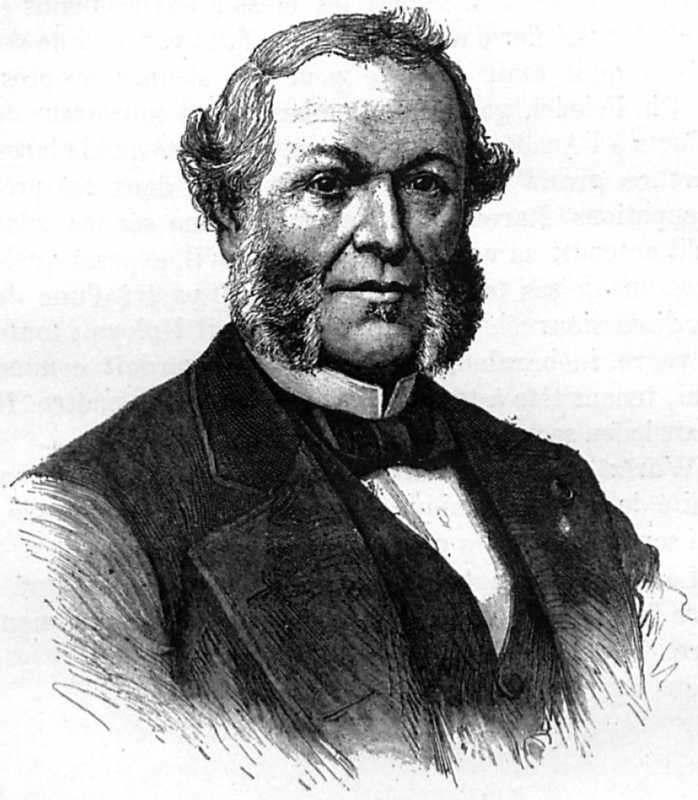 Adolphe Wurtz is one of 72 scientists whose name is inscribed on the first floor of the Eiffel Tower. He is 3rd, on the west facing side.

Adolphe Wurtz, a chemist, was born in Strasbourg in 1818; he died in Paris on May 12, 1884, professor and dean of the Faculty of Medicine, professor at the Sorbonne, member of the Institute and the Academy of Medicine, senator, mayor of the seventh arrondissement of the capital. Early on, he accepted the new chemical doctrines that were beginning to prevail with Dumas, Laurent, Charles Gerhardt, and after being made a doctor of medicine, he turned especially to the study of chemistry and became an associate of the Paris School of Medicine, after a brilliant contest. Memorable discoveries have marked his career. That of compound ammonia placed it in the first rank. Shortly thereafter, he discovered the mixed alcoholic radicals and for that purpose imagined a reaction which, after having been used for the first regular hydrocarbon synthesis, has since been used to obtain numerous aromatic carbides and to base on an experimental basis the nature of these compounds.

The discovery of glycols and ethylene oxide is its great title of glory. By specifying and fixing the existence of polyatomic alcohols, he extended the theory of types, and prepared the chemical evolution, by showing the reason of being in the property of the atoms which is called their atomicity or their valence. This discovery was followed by those of syntheses of oxygenated bases, among which choline or neurin is particularly interesting, because of its existence in the animal organism. Note also his studies on the combination of hydroiodic acid with amylene, the discovery of tertiary alcohols, alcohol.

An eloquent teacher, by the vivacity of his word, the clarity of his exposure, Wurtz amazed and captivated his numerous listeners. As a teacher, he walked constantly and took a considerable number of steps. It has been calculated that for one hour each of his lessons lasted, he thus traversed more than six kilometers. He professed for thirty-five years. At the rate of four lessons a week and forty weeks a year, this gives a nice figure of road shot down, amounting to 16 600 kilometers, or more than seventeen times the greatest length of France, which, from the North to the south, by the meridian of Zuycoot at the Arrès pass, is 976 kilometers or 244 leagues. This is the account made by one of his most faithful preparers.

This is a fabulous route to Lord Palmerston's, who every night, playing billiards for two consecutive hours, had traveled five kilometers before going to bed after a very active day. and most fulfilled.

The laboratories of the School of Medicine and the Sorbonne, which Wurtz directed, were always open to researchers and young people. He worked there publicly, in order to share his research with those around him. He sowed ideas with both hands and was also proud of a discovery made by one of his students that he was modest for his own. M. Ch. Friedel, son-in-law of Combes, a worthy successor of Wurtz at the Academy of Sciences, related how much this great body of learned men also took in his preoccupations. Rarely did a meeting take place without his hearty voice, whether he was exposing some of his works or taking part in one of those famous discussions in which he displayed his full energy. unshakeable in what he regarded as true, standing up to all, even to Dumas, his master. He had the sacred fire of science.

The portrait of this page was executed on an engraving made on nature in 1880.