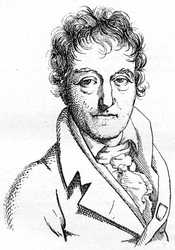 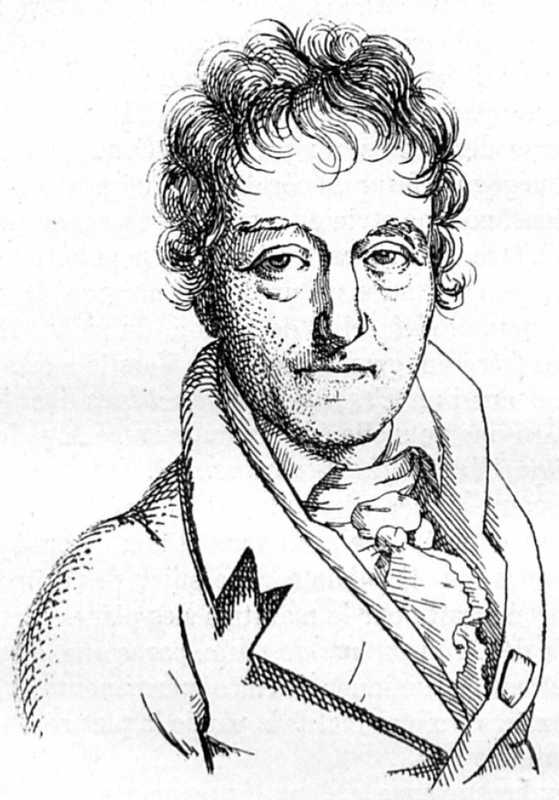 Lazare Carnot is one of the 72 scientists whose name is inscribed on the first floor of the Eiffel Tower. He is 17th, on the west facing side.

Lazare-Nicolas-Marguerite Carnot, the great Carnot, mathematician, was born in Nolay, not far from Dijon, on May 13, 1753. He died, in exile, in Magdeburg on August 2, 1823. His tomb remained in the cemetery of this city with this simple epitaph: Carnot, until August 1889, when his ashes were brought back to France and solemnly deposited in the Pantheon, Paris. Scientific organizer of the victories of the first Republic, it belongs to this great military school generals of the late eighteenth century, who were good geometers and strong mathematicians.

Carnot was a learned writer, a poet in his spare time, a warm and faithful heart, a tender soul, a true patriot. In 1773, he graduated from the School of Military Engineering Mezieres, with the rank of lieutenant and in 1783, he was appointed captain seniority. It was at this time that he composed a eulogy of Vauban, which was crowned by the Academy of Dijon. He received this reward from the hands of the Prince de Conde, governor of Burgundy, future general of the Emigrants. This excellent work, as style and as thoughts, and which deserves to be published in a popular little book, earned Carnot the congratulations of a large number of characters, especially those of BufFon, Prince Henry of Prussia, brother of the great Frederick . About the same time, he also published an Essay on Machines, which he later gave a new augmented edition, under the title: "Balance and movement." At that time he occupied himself with the aerostats, and mingled with the debate which arose at that time relative to the various systems of fortification. He published memoirs on this subject in which he pronounced himself for the maintenance of the strongholds which he named Monuments of Peace, because, he said, they made it possible to diminish the permanent army and to leave to productive work the more robust population.

He ardently embraced the principles of the Revolution; he went to sit in the Legislative Assembly, in the name of the Pas-de-Calais, next to his brother, Carnot-Feulins. Reelected to the National Convention by the same department, he was successively sent to Rayonne and Dunkirk to put the country in a state of defense against the aggressions of the Spaniards and the English. On August 14, 1783, he was appointed a member of the Committee of Public Safety, with special responsibility for the personnel and the army movement. France was at its lowest; there was financial crisis, crisis of subsistence, military crisis. We know how she got up and we also know that Carnot was one of those who helped save her. By a work of eighteen to twenty hours a day, he was able to constitute, put into action and connect between them, by a common direction, the fourteen armies of the first Republic, to communicate to them the irresistible feeling of their strength, to launch them on the ways of the triumphs, to draw the plans of campaign, to inspire all the maneuvers, finally to organize scientifically the defense, the attack, the victory Carnot knew again with a sure glance to draw from lower ranks the heroes of the future, Hoche and so many others, and it was he who was able to guess Bonaparte and who made him carry, in spite of all the resistance of his colleagues, to the command of the army of Italy. Napoleon always remembered that Carnot had been his first protector, and Bonaparte was indeed the military son of the organizer of the victories. In spite of political events and dissensions, a tender sympathy never ceased to unite them to one another. Everything shows it. When, after the 18th Brumaire, Bonaparte opened the gates of France to Carnot, exiled by the people of Fructidor in 1797, he was appointed, by the first consul, inspector of the armies, then minister of the war, in 1800; but he never concealed his grief at seeing the Republic gradually disappear. He gave his resignation, and, appointed a member of the Tribunate, he voted against the Consulate for life, the creation of the Legion of Honor, and spoke alone against the plans of creation of the Empire, while putting out the person himself of Bonaparte, for whom he always preserved an infinite tenderness.

Bonaparte did not hold it against him, and when the Tribunate had been suppressed, Carnot declared that he wished to enter the retreat, he took steps to dissuade him, and not being able to make him return to his party, he said to him: "Monsieur Carnot, whatever you want, whenever you want and how you want. " Carnot never asked for anything, but at the supreme hour of setbacks and difficulties, after fourteen years of silence and meditation, he reappeared. He received the command of Antwerp in 1814. It was then clear that he who had directed all the armies of the Republic, named the generals, chose and advanced Bonaparte, and who had been a member of the Directory and Minister of War, had no other rank than that of chief of the engineer's battalion, to which he had come by seniority. Only he had forgotten. What a lesson for our time!

Carnot heroically defended Antwerp; with an ancient integrity, he administered the city, which made him a statue on May 1, 1865. During the Hundred Days, Napoleon appointed Minister of the Interior Carnot, who signed the decrees and circulars: Carnot, count of the After Waterloo, he was a member of the Provisional Government of 1815; but soon proscribed for having preserved an unshakeable faith in the principles of the Revolution and a pious affection for Napoleon, he had to leave France, to wander in Poland and die in Germany. Modesty and fidelity have made the moral foundation of Carnot's great character. These are titles of glory that one would be wrong to neglect.

Lazare Carnot had an elder brother, who was a prominent jurisconsult of the Beccaria School. A lawyer in the Parliament of Dijon, Claude Carnot was a judge at Autun, commissioner of the new tribunals, then appointed by Napoleon to the Court of Cassation, where he sat until his death, arrived in 1835. Neither the first Restoration nor Louis XVIII, neither Charles X. nor Louis Philippe had dared to dismiss him because of his great reputation for integrity, virtue, and philanthropy. A leading criminal, he has published remarkable work on the science of criminal law. He always endeavored to triumph over the ideas of liberalism, of improvement, repulsing pitilessly all the severities of the legislators who think, by making laws, only to distribute, rightly and wrongly, punishment, the fine, of the prison. Like Alexis de Tocqueville, he thought that one can not put too much humanity in the laws. His masterpiece is a study on the Code of Criminal Instruction in harmony with humanity.

Carnot-Feulins (1755-1836), the second brother of Lazare Carnot, was deputy of Pas-de-Calais in the Legislative Assembly in 1791, and deputy of Saone et-Loire in the House of 1815. Lieutenant-General, he was a brave and brilliant officer. He left a History of the Directory, published in 1800 and is not without merit.

Lazare Carnot had two sons: 1 ° Sadi Carnot, born in 1796, who was a very remarkable scholar, a former student of the Ecole Polytechnique, who died prematurely, and who left work which proves a fertile and original spirit, on the mathematics, physics, and a book titled Reflections on the Motive Power of Fire and the Machines for Developing this Power. These documents were published in 1878, with a portrait, a facsimile of Sadi Carnot, by Mr. Hippolyte Carnot, at the publishers Gauthier-Villars et fils, in Paris; 2 ° Hippolyte Carnot, born in 1801, who was minister in 1818 and died senator in 1888, leaving two sons, Mr. Sadi Carnot, president of the French Republic in December 1887, and Mr. Adolphe Carnot, engineer of Mines , chemist of high merit.

The city of Paris has given the name of Carnot to one of the major avenues that lead to the Arc de Triomphe of Etoile, at the end of the Champs-Elysees.

We have published a volume on the scientific work of the great Carnot. We allow ourselves to send back to it the reader, curious to have new information on the discoveries and the intellectual labors of this truly illustrious man.

The portrait is rare. He represents Carnot at the age of sixty. It was drawn after the original, executed in 1813 by Louis-Léopold Boilly, renowned painter of that time.