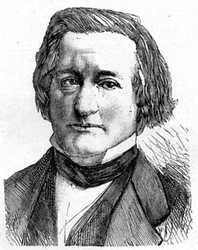 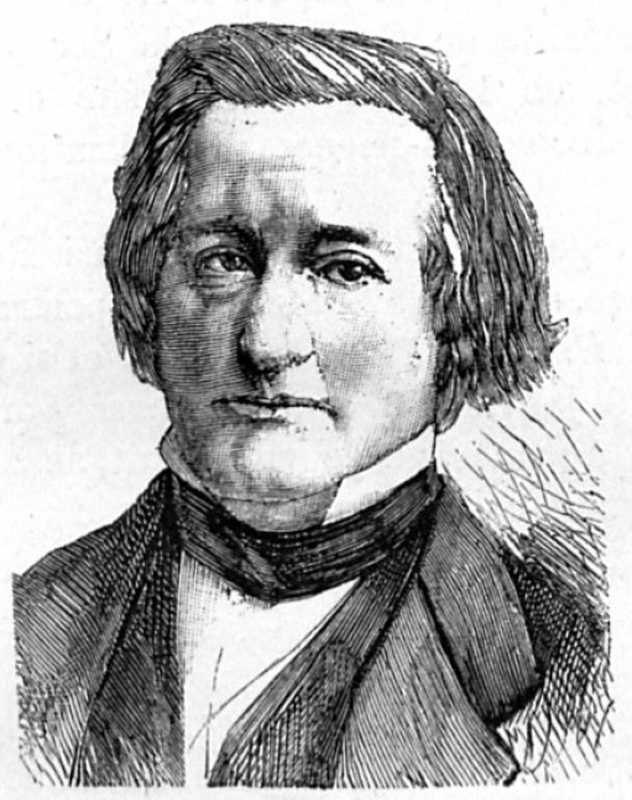 Henri-Victor Régnault is one of 72 scientists whose name is inscribed on the first floor of the Eiffel Tower. He is 18th, on the face turned to the South.

Henri-Victor Régnault, a French chemist and physicist, was born on July 21, 1810, in Aachen, which was part of the French Empire. He died in Paris on January 19, 1878. He is one of those scientists who have not had the gift of invention and who have not introduced into science any great discovery, but who knew how to carry the art experiences to an extraordinary degree of perfection, and thereby rendered service to progress.

Admitted to the Ecole Polytechnique in 1830, a memorable period during which the students of this illustrious establishment were seen spreading in the streets of Paris and fighting on the barricades for the cause of freedom, he left for the mines department, in 1832. He left this career to enter the laboratory of Gay-Lussac, which he was soon to fill as a chemistry tutor, then as a full professor in 1840 at the Ecole Polytechnique. It was from this time that he composed his elementary course of chemistry, published in two volumes, from 1847 to 1849, and which has been reissued many times, with many original engravings in the text. After doing a lot of work on the ethers, he devoted himself almost exclusively to physics, in his laboratory, while professing chemistry in his class. His work on this science has focused on vapors and gases, the theory of vapor expansion and the determination of heat capacities. He experimentally reviewed the law formulated by Mariotte on the compressibility of gas maintained at a constant temperature, and again checked the meticulous research undertaken by Arago and Dulong on the pressure of the air. Thanks to experiments of admirable precision, Regnault has fixed all the numerical constants which enter into the calculation of the effects of heat and compression, and he has been led to reconstruct a whole section of science. It has focused on determining the caloric losses that a gas undergoes when it relaxes, that is to say when the pressure decreases. Until then, for example, a projectile was passed through the air with a great speed, the incandescence of the cars traveling through the atmosphere, a friction, a friction against the gaseous molecules. Regnault has shown that it is only with the compression of the air that is due the release of heat.

Régnault has also done some interesting research on the hygrometry and respiration of animals. Chief Engineer of mines, in 1848, he was appointed director of the manufacture of Sèvres in 1854. He belonged to the Academy of Sciences since 1847. He had received, in 1866, the medal of Copley, of the Royal Society of London , and, in 1875, from the University of Leiden, the doctoral degree in mathematical and physical sciences.

Victor Regnault is the father of Henri Regnault, the great painter, author of Salome, and the equestrian portrait of General Prim, killed gloriously and so prematurely, on January 19, 1871, at Buzenval, by a Prussian bullet, barely twenty-five years old. eight years. We consider it an honor without prizes, to have been for this powerful artist, his comrade during our childhood, his friend in life, and his companion in arms during the German invasion of 1870.

The eulogy of Victor Regnault was pronounced by MM. Daubrée, Debray, Jules Jamin, in the name of the Corps des Mines and in the name of the Institute. Mr. Edouard Laboulaye fulfilled the same duty in the name of the College de France, which for thirty years counted Regnault among its professors. His name was given to one of the streets of Paris, on the left bank of the Seine. The portrait of our book was made after a photograph given by Victor Régnault to my father in 1872.