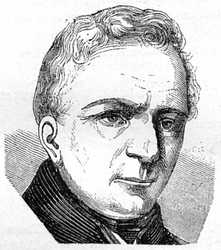 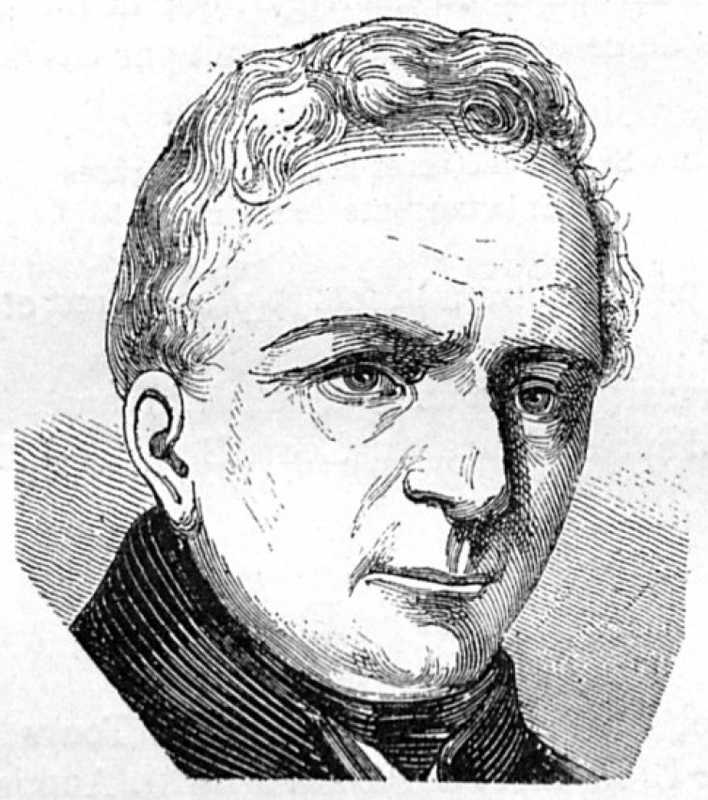 Joseph Lalande is one of the 72 scientists whose name is inscribed on the first floor of the Eiffel Tower. He is the 2nd, on the face facing North.

Joseph-Jérôme The Frenchman of Lalande, astronomer, was born in Bourg-en-Bresse on July 11, 1732. He expired in Paris on April 4, 1807, in the morning, telling his children around him, according to Delambre: "Now I do not need anything anymore. "

It was by observing the great solar eclipse of 1748 that he determined for astronomy. His parents had sent him to study law in Paris; he obtained permission to follow Delisle's observations and astronomy class at the College de France and to finally abandon the quibble for science. He did well. Many others should emulate this example. The world would be better. At twenty, Lalande was sent to Berlin to confront Lacaille's experiments in Cape Town. He was received by Frederick II and made the acquaintance of Maupertuis, Lametria, Argens, and reported an important work on the planets which were to become the object of the preoccupations of the rest of his life. In 1753 he built a famous heliometer to determine the apparent diameters of the moon and the sun. In 1760, he took the direction of the Knowledge of the times and introduced, for the first time, in this famous collection of many biographical notes whose use has been preserved since then and still lasts. At this same time he gave a new, improved edition of Halley's tables, for comets and planets, augmented with tables of Jupiter's satellites. In 1762, he succeeded Delisle in the chair of astronomy of the College de France, which he occupied with an incomparable brilliance, until the end of his days. He trained a very large number of disciples and he opened minds to astronomical studies.

Lalande has written many books and published more than 150 memoirs in the collection of the Academy of Sciences, of which he was one of the most popular members. But his Treatise on Astronomy has remained his masterpiece and has had many editions. He had an exuberant nature. He had many scientific problems with Lemonnier, Bernardin de Saint-Pierre, Hell, Napoleon and other prominent personalities of his time. He said, "I am oilcloth for censorship and sponge for praise." He was a free spirit, and he did not even fear public display of atheism, which earned him a green reprimand from the Emperor, who did not joke about religion, considering it an excellent way of leading the people. . In 1773 he had been the cause of a singular incident. He had prepared for a reading at the Academy of Sciences a memoir on comets, which an indifferent circumstance prevented him from delivering in due time. We imagined that Lalande predicted in the short term the destruction of our planet. The emotion was such that the lieutenant of police requested the communication of this memoir. He found nothing alarming about it, and to calm the spirits, he ordered its immediate publication. This had an opposite effect; the world remained convinced that the interesting passage had been removed.

Lalande has not renewed astronomical science in its foundations, like Copernicus and Kepler, even as the Cassini, Bradley and Lacaille; but he knew how to spread the instruction and the taste of this science, the most wonderful of all. One of the streets of Paris, on the left bank of the Seine, bears his name. His nephew and student, Lalande Frenchman (1799-1839), a very distinguished astronomer, made a large number of useful observations, established the theory of the orbit of the planet Mars, described the stellar part of the visible sky at Paris and counted up to fifty thousand stars on the horizon of the capital. He married, in 1788, Marie-Jeanne-Amélie Harlay, who shared his taste for astronomy and helped his uncle and husband in their work. This love of science earned this remarkable woman a madrigal, who made noise in the pomp of that time and ended with these two verses:

If you were not the sinus of Graces And the tangent of our hearts!

We could not be at once and more gallant and more geometric! The portrait of Lalande was made after a drawing executed by nature by Louis Boilly in 1799.