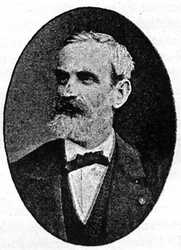 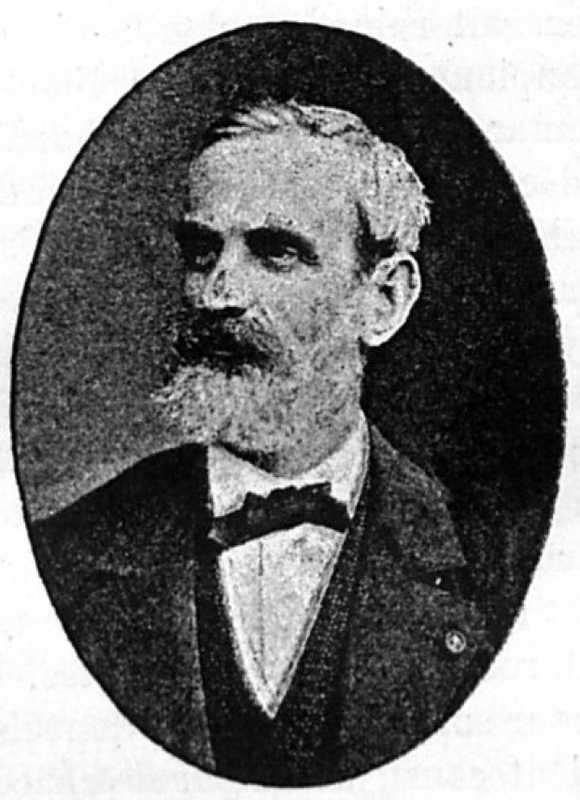 Henry de Dion is one of the 72 scholars whose name is inscribed on the first floor of the Eiffel Tower. He is the eighth, on the face facing east.

Count Henry de Dion, an engineer, was born at Montfort l'Amaury (Seine-et-Oise) on December 23, 1828; he died in Paris on April 13, 1873. He studied in Switzerland and entered the Central School of Arts and Manufactures in 1818. In 1851, we see it in the offices of the studies of the railway of Saint-Germain-en-Laye. The exceptional faculties which nature had endowed him with for science led him to devote himself preferably to all the questions of resistance of materials and mechanics, which at that time were not familiar, as nowadays, with all the engineers. He was distinguished by Eugène Flachat, sent to the Midi railway, to study the project of the Langon bridge. This brand new venture remained the personal work of Henry de Dion.

He had completed this mission, when Eugene Flachat was appointed to give his opinion on an issue that agitated all the spirits of the city of Bayeux (Calvados) and gave rise to heated controversy. It was the restoration of the central tower of the cathedral that threatened ruin and was condemned to immediate demolition. Eugene Flachat, on the contrary, with as much accuracy as boldness in the glance, declared that the conservation of the tower seemed to him possible, on the condition of taking sole responsibility for it, without delay and with complete liberty. action, and to employ whoever he would like. The great engineer had set his sights on Henry de Dion, whom he had seen at work and to whom he was going to entrust this formidable work.

Indeed, the central tower of the Bayeux cathedral is a fifteenth century construction, built on the four pillars forming the intersection of the nave of the transept. These pillars were Romanesque and the architects, finding them too weak to support the weight they were going to load, had built around each of them an envelope which increased its diameter. But this envelope was not connected with the central nucleus; moreover, the choice of materials had been made slightly, so that settlements gradually took place and the weight of the tower came to rest on the cores and the envelopes, compressing them separately. At the time when Henry de Dion arrived in Bayeux, the damage was frightening. The walls were cracked, the pillars were crushed, the disorders were getting worse every day, every hour, so to speak, and the fall of the tower was imminent. The young engineer, supported by his illustrious master, did not allow himself to be moved. He immediately stopped a plan to surround the pillars with a wooden formwork in which plaster was cast, to provide temporary relief and to delay the final annihilation, to erect scaffoldings cut on the spot, and to surround the tower with belts. of iron formed of bars placed hot, so as to delay the march of cracks and even to close them. The success of this beautiful work was complete. At the end of a few weeks, the tower, which weighed about three million kilograms, rested on scaffolding; she had even been raised by the force of the jacks. The pillars were demolished, rebuilt, and the work carried out according to the plan. Henry of Dion received, as a reward, the Knight's Cross of the Legion of Honor. He was twenty-five years old.

During the execution of these memorable works, we had to endure only one painful event. A well digger was buried under the collapse of a deep masonry. By a rare chance, the rubble vaulted over his head and the unfortunate man was imprisoned alive and without serious injuries. Henry de Dion, to avoid breaking the equilibrium of materials, hurried to death, and had a well made at a distance and pierced a gallery to reach the latter. We reached the collapsed masonry and we could pass to this man, who thought himself lost, by means of a tube, liquid food. Constant precautions were needed to prevent landslide. De Dion had taken over the rescue. When, overwhelmed with fatigue, he was about to take a few moments' rest, the unfortunate man, who had learned to recognize his voice, asked for it loudly again, believing himself, as soon as he could no longer hear it, abandoned and lost. Finally, after two days and three nights of effort and anguish, the young engineer had the supreme satisfaction of wresting himself from this living burial in his frightful prison.

After the completion of the Bayeux work, Henry de Dion went to Spain on behalf of the Belgian Railroad Company, and erected several sheet metal bridges. Then he went to Guadeloupe where he built the candy of the Marquis de Rancougne, one of the most beautiful factories of the French colonies. On his return, he replaced for a year Mr. Emile Trélat at the Conservatory of Arts and Crafts (civil construction course) and he accepted at the Central School of Architecture the chair of stability of construction. The task that Henry de Dion undertook was difficult; but it is there that he has rendered outstanding services and has distinguished himself. It must be said, it is to him that we owe the possibility, applied with so much success and boldness, in the palace of machines of the Universal Exhibition of 1889, to erect large farms without entering the constructions. metal. Already in 1867, he had introduced a new arrangement of extending the pillars supporting the farms, above the roof, using only tie rods. The metal farms without entry, which are so elegant and audacious and which have become the most justly admired elements in the constructions, are the work of Henri de Dion.

Elected President of the Society of Civil Engineers in 1877, he made an inaugural speech on January 5, remarkable for many reasons, in which he emphasized the importance of the history of science. "Not only does it teach us how ideas have sprung up and developed, but it also shows us how much we miss the truth and how much, when we find it, it takes more effort and time to spread it and to give it the simple form under which we can use it. "

To his science, to his exceptional qualities of right and decisive character, Henry de Dion joined a great patriotism. He was in Peru when he learned, in 1870, the declaration of war; he immediately embarked for France and arrived in Paris before the blockade. Appointed commander of the auxiliary engineers, it was he who built, under the German fire, all the redoubts in front of Champigny; it was as a result of this good conduct that he was promoted to the rank of officer in the Order of the Legion of Honor.

Henry de Dion had only been married for a year to his first cousin, Mademoiselle Le Vaillant du Chatelet, who preserved for his memory the most tender and jealous worship, when he fell ill and was carried off in the power of talent, at the very moment when man can render so many services, but having left in the mechanical sciences and in the art of the engineer work which will not perish. His portrait was executed on a photograph entrusted by his widow.