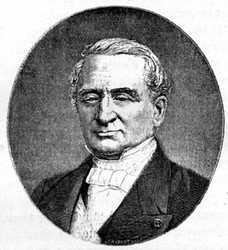 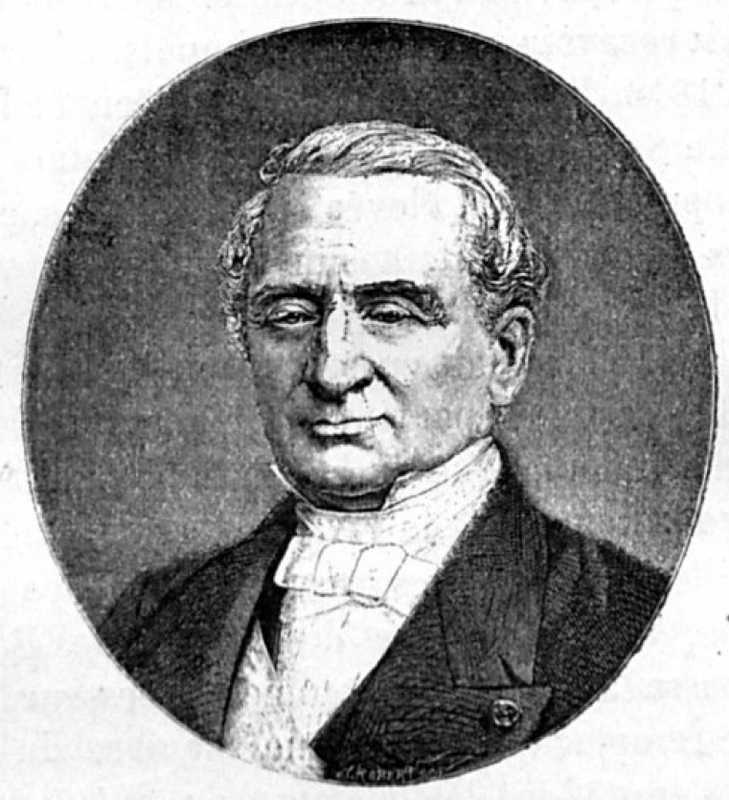 Eugène Schneider is one of 72 scientists whose name is on the first floor of the Eiffel Tower. He is the 4th, on the face turned to the East.

Joseph-Eugène Schneider, industrialist, was born in. Bideshoff (Meuse) March 20, 1805. He died in Paris on November 27, 1875. He can be considered as the true founder of the magnificent establishments of Creuzot, because it is him who gave them the enormous development that they took since 1815, when he received the direction in place of his brother who had just died. In 1800, he completely transformed the tools and ensured their fame, by bidding the supply of locomotives of the railways of London, the most beautiful machines of the whole world. Recall that the metallurgical and mining establishments of Creuzot date from 1781. At that time, it was formed a first industrial company patronized by Louis XVI. The primitive territory was an arid village, composed of a few huts; but the use of mineral coal was soon extended, and the canal of the Center having been decreed, these two circumstances decided the future of the country. As a foundry of cannons, Le Creusot obtained many orders from the First Republic and the First Empire. This beginning prosperity was to receive a new impulse from the Chagot brothers in 1818. It took a decisive character when the Schneider family arrived. From a few hundred inhabitants, the population was 30,000 souls, and what was then worth a few hundred thousand francs worth millions at the present time.

Eugene Schneider had entered life without fortune and even without support. He managed to get a small job in Baron Sellière's bank house. There he could usefully demonstrate the vivacity of his intelligence; his rare aptitude for business led him to be appointed, at twenty-five, director of the forges de Bazeilles. When he passed to Creuzot as successor to his brother, he also replaced him as a member of the General Council and deputy of the department of Saone-et-Loire. Reelected in 1846, 1852, 1857, 1868, 1869, minister in 1851, president of the Legislature in 1867 and in 1870, in his long political career he was a practical man, speaking with clarity and simplicity of the material interests of the country. It is mainly as an industrialist that Eugene Schneider has developed offline capacities of administrator and organizer.

His work is the Creuzot, a gigantic work he devoted to the wonders of industry and improvements to be made to our military weapons on land and sea. It is one of the industrial glories and one of the active forces of France and of the whole world.

We must not forget that on September 4, 1870, Eugene Schneider presided over the last session of the Legislative Body and that he descended with dignity after having said these memorable words: "Gentlemen," he said, in the middle of the M. Gambetta, who can not be suspected by any of you, and who, as for me, is one of the most patriotic men in our country, has sent you exhortations in the name of the sacred interests of the country. Believe me, at this moment, the Chamber is called upon to deliberate on the gravest situation, and it can only do so in a spirit that is in keeping with the exigencies of the situation, and if it were otherwise, Mr. Gambetta would not have come to ask you to lend support for your attitude. " The crowd having rushed from all parts of the room, Eugene Schneider raised the session, descended the presidential chair, left the palace of the Legislative Body, returned to private life and lived in retirement to deal exclusively with the development of Creuzot which has continued to flourish and grow.

Starting from nothing and quickly arrived at everything, Eugene Schneider was the most complete and worthy incarnation of this all-modern power, and whose ever-increasing domination began modestly fifty years ago with the reign of steam: the big industry.

Until 1830, the concentrations of social forces and material power had only a limited domain. They possessed only an instrument and a material, wealth, money; apart from the powers of the state and the moral royalties of intelligence and knowledge, there was only one material and tangible power: finance, banking. There were the kings of Vor: the Rothschilds. Came the steam. Scattered and scattered industrial forces were forced to concentrate while expanding. The big industry came out of this concentration. In a few years other royalties were formed and settled. There were the iron kings.