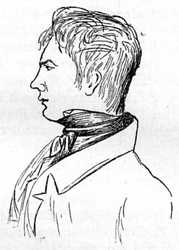 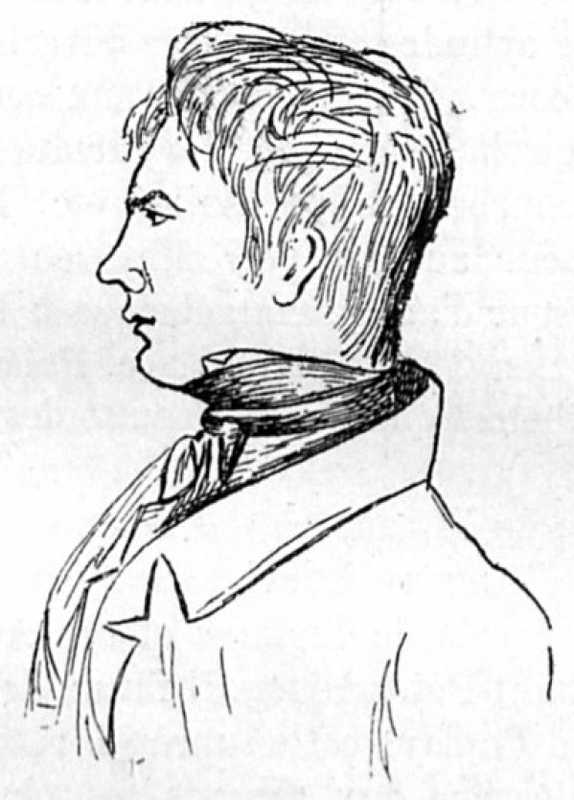 Charles Sturm is one of 72 scientists whose name is on the first floor of the Eiffel Tower. He is 18th, on the face facing east.

Charles Sturm, mathematician, was born in Geneva, then chief town of the department of Léman, September 29, 1803. He died in Paris December 18, 1855. He left the college in 1818 to attend public courses; but in 1819, his father being dead, he remained the only support of his mother, his sister and his brothers, and he had to give lessons. It was then that he entered as a tutor in the illustrious family of Broglie. He found the daily bread for him and his family and all the facilities to devote himself to his taste for science. In 1827, with his childhood friend, Mr. Colladon, Sturm won the mathematics grand prize awarded by the Paris Academy of Sciences for the best dissertation on liquid compression. Ampere, Arago, Fourier followed with interest the works of the two friends, and took every opportunity to be useful to them.

Two years later, in 1829, Sturm found alone his famous theorem which placed it among the illustrious geometers of the nineteenth century. It is known that this theorem, which has kept its name, constitutes the complement of the resolution of the numerical equations, making it possible to determine the number of real roots lying between two designated limits. It has been used in a host of researches that have advanced science, and especially in the investigations of a famous calculator astronomer. We named Le Verrier. Sturm, to arrive at establishing the truth of his beautiful theorem, had borrowed the new analytical method of Joseph Fourier, in order to solve the numerical equations. It was by relying on his own funds and on the new discovery of the illustrious mathematician whose name we have just recalled, that he managed to determine, no longer just limits, but the exact number of roots of any equation, which are between two given quantities.

This magnificent work has entered itself into intelligence; it has arisen as a corollary of important researches on analytic mechanics and celestial mechanics. The enunciation of Sturm's theorem is too long for us to reproduce here in all its development; it will suffice for us to add, in the short exposition made above, that it does not only have the advantage of providing more simply than the Lagrange method, the number of real roots of a numerical equation lying between two numbers fixed; but that it adapts appreciably better to the transformations, the improvements which lead to the definitive goal of the resolution of the literal equations. Sturm's theorem has made obvious progress to the upper geometry. The originality in the ideas and the solidity in the execution assure this scientist a place apart, because he had the happiness to meet one of these unique discoveries, intended to cross the centuries without changing of shape, and keeping the name of the inventor, like the cylinder and the sphere of Archimedes.

Sturm still owes curious work on vision, optics, mechanics, motion variations, tracking curves, and so on. In 1829 he became a professor at Rollin College; in 1838 he was appointed professor of algebraic analysis at the Ecole polytechnique, and in 1840 he replaced Poisson in the chair of mathematics of the Faculty of Sciences of Paris.

Elected member of the Academy of Sciences, in 1836, replacing Ampère, he became successively associate of the Royal Society of London and the Academies of Berlin and St. Petersburg. He was one of the winners of the Copley Medal, the highest award England bestows on the most deserving scholars in the world. The courses of analysis and mechanics professed by Sturm, at the Ecole Polytechnique, were published by Gauthier-Villars et fils, in four large volumes.

The portrait we give of Sturm is extremely rare. It was executed after the unique sketch made in 1822 by Mr. Daniel Colladon, who gave it to us for our book. In support of its indisputable authenticity, we reproduce the letter of dispatch of his illustrious and venerable author. Mr. Daniel Colladon, the friend and collaborator of Sturm, was born in Geneva on December 15, 1802. He is now the dean of the science of both worlds.

He belongs to French science through his work and his title of correspondent of the Institut de France. In 1829, he brilliantly held the chair of mechanics at the Central School of Arts and Manufactures. A few years later, when he returned to his country, he became a professor at the Geneva Academy. Among his numerous and beautiful works, it is necessary to recall the dynamometer of his invention, adopted by the English Admiralty, the use of compressed air for the digging of long tunnels, the principle of the luminous fountains experimented before 1840 and which was successfully applied at the 1889 World Fair in Paris at the foot of the 300-meter tower.

On the basis of the numerous and beautiful researches of this glorious contemporary of the most famous scholars of the nineteenth century, it was possible to establish the dazzling spectacle of the luminous fountains that were, with the Eiffel Tower , the two greatest attractions of the 1889 World's Fair. As early as 1841, Mr. Daniel Colladon found a way to light up a vein of sprouting water, very ingeniously applying the physical principle known as total reflection of the light. The accounts of the Paris Academy of Sciences contain, on October 24, 1842, the interesting description of the true inventor of illuminating and multicolored fountains. Mr. Daniel Colladon explains how he has shown in his classes, visible for his students, the various forms that take a fluid jet coming out through various orifices. It is to achieve this that he was led to illuminate internally a vein placed in a dark space. He first admitted that this disposition is very suitable for the purpose proposed, and that it presents in its results one of the most beautiful and curious experiments, which can be shown in an optical lesson. It spread to physics laboratories in France and England. In 1853, the Paris Opera put this brilliant phenomenon into action in the ballet of Elias and Mysis, using instruments built by Dubosc on the instructions of M. Colladon. A little later, in the Biche au Bois, one of the most famous fairy tales of dramatic repertoire, we saw small luminous fountains built on the same principle, which produced marvelous effects on the vast stage of the Porte-Saint-Martin theater.

To all these various titles, the presence of the portrait of Mr. Daniel Colladon is perfectly justified with that of his friend Sturm in this Eiffel Pantheon. In this homage, which we gladly give him, we are also happy to pay to this great little country called Switzerland, a nursery of illustrious men, a parcel of gratitude which France owes him for his noble conduct in France. 1874 An identical tribute must be made to this other noble and great little nation called Belgium, another creator of famous scientists.