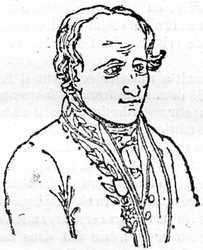 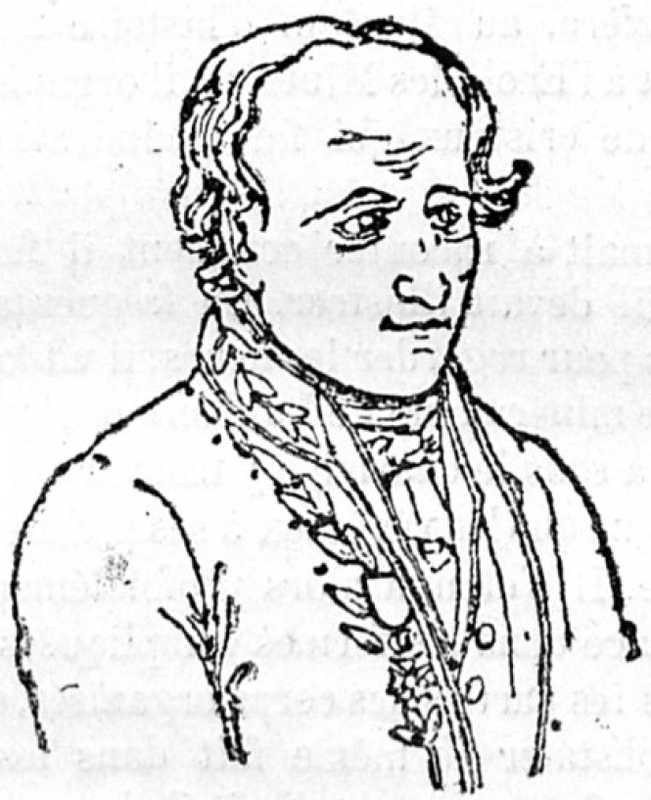 René Haüy is one of the 72 scholars whose name is inscribed on the first floor of the Eiffel Tower. He is the 13th, facing south.

René-Juste Haüy, a mineralogist, was born in Saint-Just, a small village in the present department of the Oise, on February 28, 1743. He died in Paris on June 23, 1822. He is considered the founder of experimental mineralogy, that he has established on the following basis: "The elementary crystalline form of a body depends on the chemical composition of that body, and the forms, so different in appearance, from the crystals which it can furnish, result simply from the mode of stacking primitive crystals. " At the same time he created crystallography. By his very remarkable works, he has produced the growth of mineralogical chemistry, by conceiving the intimate connection between the chemical composition of each body and the form of the elementary crystals to which each of these bodies gives birth.

In 1783, Hauy was received at the Academy of Sciences. He was a member of the Institute at the time of his formation in 1795. Bonaparte made representations to him by Monge, in order to persuade him to follow the Egyptian expedition. But, of a timid nature, belonging to the orders (he was priest and abbot), he declined this honor and this penalty. He continued his brilliant career in Paris, at the Museum of Natural History, where he taught, and at the Ecole des Mines, where he organized the admirable collection of crystals which admired the learned world.

Haüy liked to tell how he was introduced to the science he had to illustrate. While attending the Jardin des Plantes to look at the flowers, he saw the crowd enter the mineralogy course of Daubenton. He entered it with her and remained under the spell of finding there a subject of study more analogous to plants than his first taste for physics. He was deeply surprised to observe a constancy in the complicated forms of plants, in all parts of organized bodies, and not to be able to see the same fact in the forms of minerals. "How," he said to himself, "the same stone, the same salt, do they appear in cubes, in prisms, in needles, without their composition changing by an atom, while the rose always has the same petals, the glans the same curvature, the cedar the same height and the same development? "

It was filled with these ideas, that examining minerals in one of his friends, he inadvertently dropped a beautiful group of limestone spar crystallized prisms. One of these prisms broke in such a way as to show on its crack faces no less smooth than those outside, and presenting the appearance of a new crystal quite different from the prism for the form. Haüy picked up this fragment. He examined the faces, the inclinations, the angles. To his great surprise, he discovered what are the same as in the rhomboid crystal spath, as in Iceland spar. A new world appeared at once to his thought. Back in his study, he took a crystallized spar hexahedron pyramid. He breaks it, and he sees this rhomboid, that sparrow of Iceland, come out. The bursts he makes fall are themselves small rhomboids. He breaks a third crystal, the one called lenticular. It is also a rhomboid that shows in the center, and smaller rhomboids that come off. "All is found," he exclaims, full of joy, "I have discovered the principle of crystallization."

In 1803, the First Consul instructed Haüy to write a physics treatise for colleges, giving him six months for this work. Four months later it was finished and ready to be presented to Bonaparte. It was this book that the Emperor was later to read and meditate in his forced leisure on the Island of Elba. Valentin Haüy (1745-1822), his younger brother, is the famous teacher of the blind, the one to whom these unfortunates must be able to acquire instruction by the creation of methods of reading in relief. He is the first to have had books made in large print, very sensitive to touch, and thus taught young blind people to read, calculate, and understand geography.

The portrait of René-Juste Haüy reproduced here was executed after the drawing made by nature by Louis-Léopold Boilly, in 1819. Haüy is in academician costume.